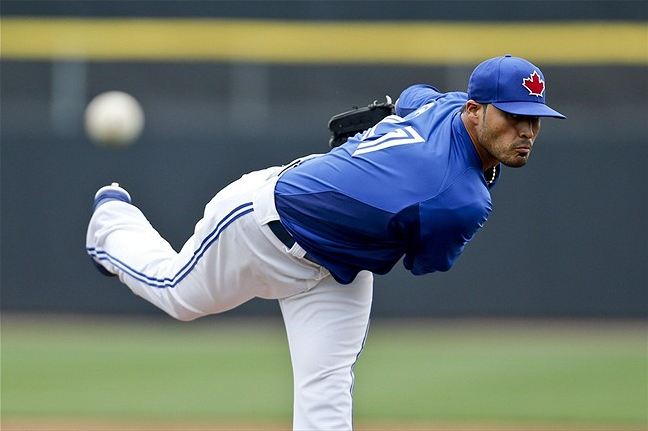 The baseball season is just one day old, but the closer carousal is already spinning.

Toronto Blue Jays
We’ll start in Toronto where incumbent closer Casey Janssen was placed on the disabled list for a strained left abdominal. The 32-year old had been excellent as the Blue Jays’ ninth inning man over the last season and a half, posting a 2.56 ERA and .987 WHIP while closing out 34 out 36 games in 2013. Since he had been pitching in the pre-season his injury should be a surprise to his fantasy owners.

According to Blue Jays GM Alex Anthopoulos, Janssen “felt something grab a little bit” before his last exhibition appearance on Friday. Although he ended up pitching the inning the Blue Jays decided to place him on the disabled list and expect him to come back right around when he is eligible on April 12.

Sergio Santos will close for the Jays in the interim and here is where things get interesting. Santos was acquired by Toronto in 2012 to be their closer, but got hurt and the job went to Janssen. As good as Janssen has been in Santos’ absence, Santos has the better raw staff and was dominate during his 29 appearances in 2013, posting a 1.75 ERA, a .584 WHIP and over a strikeout an inning. If Santos looks the part in the ninth inning over the next couple weeks there is a chance Janssen doesn’t get the role back when he returns.

Chicago White Sox
In a move that saddened thousands of fantasy baseball owners, White Sox manager Robin Ventura named Matt Lindstrom, not Nate Jones, his team’s closer on Monday. Lindstrom has had a bit of ninth experience, but wasn’t particularly good closing games for the Marlins in 2009 and the Astros in 2010. He has been a solid, if unspectacular, relief pitcher over the last couple seasons.

Jones, on the other hand, has electric stuff and struck out 89 in 78 innings last year. He also had a good exhibition season, which was why everyone was so sure he would be the South Sider’s closer. There is a good chance he still will be and Jones’s fantasy owners would be wise to hold on to the big righthander. If nothing else he should be a good source for strikeouts.

Milwaukee Brewers
The biggest closer surprise of opening day came out of Toronto when manager Ron Roenicke sent Francisco Rodriguez, not Jim Henderson, out to close to ninth. Henderson had come out of nowhere to grab the Brew-Crew’s ninth inning role last year. Then he ran with it to the tune of a 2.70 ERA, 28 saves and 75 Ks in 60 innings. However the Canadian’s velocity had been down this spring and Roenicke seems to have decided to give K-Rod — who was once great, than not so good, and most recently pretty good — the closer role he knows so well. Treat this situation as fluid. 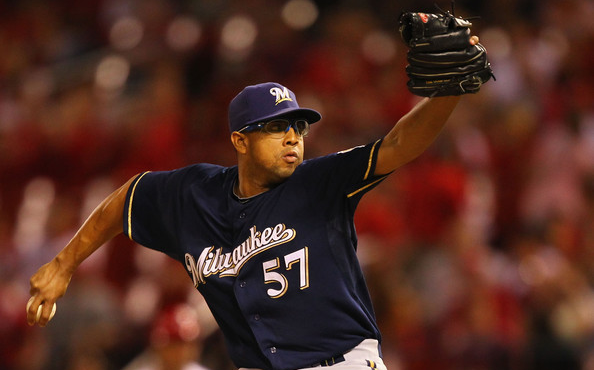 New York Mets
Bobby Parnell is still the Mets closer as far as we know. But the right hander blew has first save opportunity of the year and his fastball, which once touched 100 MPH, was sitting around 90 while reportedly being “flat.” Parnell had neck surgery last September and the Mets brought veteran bullpen man Jose Valverde on as insurance in case Parnell wasn’t ready for April. Velverde, who has 286 career saves, K-ed three in an 1.1 innings for the Mets on Monday and should be picked up in all fantasy leagues.