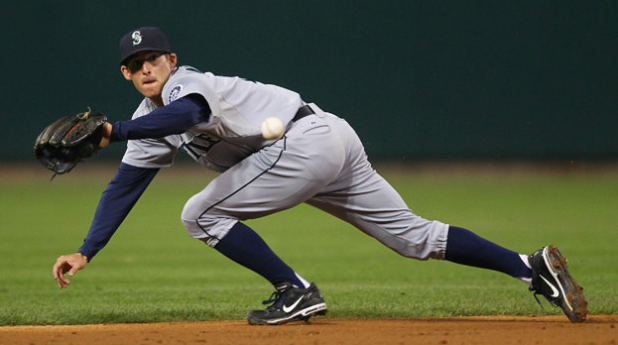 Spring training stats are typically useless. However there are some cases, when combined with other factors, a strong spring suggests a player might be ready to break out in the regular season. These players have posted the type of spring training numbers that you should take notice of.

Brad Miller
The Mariners shortstop provided decent value during his rookie half-season in 2013. He’s been flat out raking third spring, and should also have second base eligibility in all leagues and third base in some. We’re not necessarily recommending anyone spend a mid-round pick or big money on Miller.  But he could work with a later round flier and is certainly worth a waiver wire pick up. Potential for 15 homers and 10 stolen bases with a decent batting average.
Spring Stats:
AB:60 HR:4 SB:1 BA:417 OPS:1328

Mike Moustakas
The one-time big-time prospect was just plain awful in 2013, hitting .232 with little power in his third season. We doubt he will ever be the star the Royals once thought he would be, but he is only 25 and his stats this spring suggests he could be capable of hitting at least the 20 homers he slugged in 2012 while keeping is average a little further above the Mendoza line. Not so bad with third base being a pretty thin position.
Spring Stats
AB:54 HR:4 SB:1 BA:426 OPS:1.282

Kolten Wong
Wong certainly put up good numbers this spring, but more important than that raw data was what it did for him: win the starting second baseman job in St. Louis over Mark Ellis, who the Cardinals had paid 5.2 million dollars for this off season. Wong, who was rated the 33 best prospect by BP coming into the 2014 season, will steal some bases and if he can keep his average up score some runs. He should also benefit from being in the magical Cardinals’ lineup, which seems to max out the potential of anyone they plug into it
Spring Stats
AB:48 HR:2 SB:2 BA:.375 OPS:1080

Salvador Perez
Perez, 23, might not get a lot of fanfare, but he is already one of the better catchers in baseball, boasting a 301 average and playing stellar defensive over what has amounted to about two seasons. He hit 13 home runs in 2013, but has dinged four already in spring training. He is getting to be the age in which power starts to show, and if Perez could be a 20 home run guy he has chance of moving himself right to the head of a pretty strong catcher class.
Spring Stats
AB:51 HR:4 SB:O BA:392 OPS:1.137 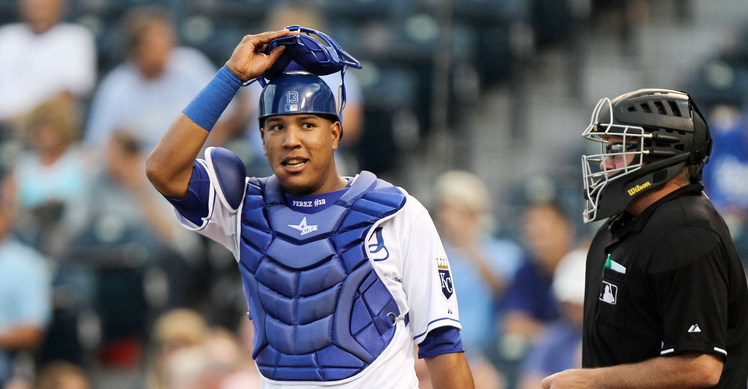 Adam Lind
Lind has had himself quite the up and down career. He was a borderline MVP candidate in 2009 and he spent a good chunk of 2012 in the minor leagues. He got his mojo back in 2013 and his spring stats of 2014 suggests that it may be here to stay. He is a pretty solid fantasy option, particularly if you sit him against lefties. (Which the Blue Jays will also do frequently.)
Spring Stats
AB:57 HR:1 SB:0 BA:368 OPS:971