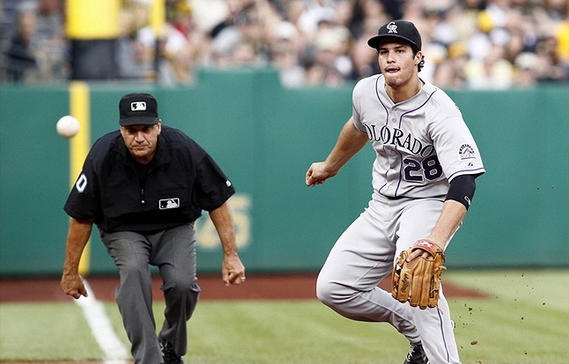 Nolen Arenado 3B Colorado Rockies
Arenado’s acrobatics in the field aren’t going to help your fantasy team. But they are likely to keep him in the lineup and every Rockies player with power potential is worth a look in fantasy baseball, even in the era of the humidor. Arenado only slugged 10 homers in 133 games in 2013, but his minor league pedigree and his age (22) suggest he should be around 20 HR in 2013 — and with a batting average that won’t hurt and might help your squad. With third base being the thin position it always is Arenado is a good bet to provide mid-round value with a late-round price tag.

Drew Smyly SP Detroit Tigers
In 2013, Smyly’s low ERA and high strikeout rate made him a roster-able option as a middle relief pitcher. The Tigers plan on moving the 24 year old to the starting rotation in 2014 and so far so good in spring training. Smyly was a starting pitcher in the minors and had been able to maintain his 9 + strikeout per nine innings rate in the more stretched out role. Of course starting in the big leagues is a different beast, but Detroit should win around ninety games, making Smyly a great source for wins and strikeouts even if he isn’t able to post anything in the neighborhood of the 2.37 ERA he put up as a reliever in 2013. In 63 percent of current Yahoo! leagues Smyly can still be plucked off of the waiver wire.

Jedd Gyroko 2B San Diego Padres
Now that Dan Uggla appears to be permanently broken — although he should still be monitored lest he goes on one of his patented one month explosions — seekers of cheap home runs from the second base position should consider Jedd Gyroko. Like Uggla, his name contains a superfluous double consonants And like the Braves’ keystoner Gyroko has some serious raw power, slugging 23 homer runs in 486 at-bats during his rookie season in 2013. Red flags include his notoriously cavernous home stadium (although Gyroko managed to hit more dingers at PETCO than on the road in 2013) and his .249 career batting average. But the power is no joke; Gyroko was one of the top sluggers in the minor leagues in 2011 and 2012. As an added bonus, he will also be eligible at third base in many formats.

Ben Revere CF Philadelphia Phillies
Ben Revere hit .312 with five stolen bases in May of 2013. Then he hit .354 with ten stolen bases in June. In July he was up to .388 with two more steals. Then he broke his foot and was out for the year. Revere’s total stats for 2013 were depressed by a dreadful April, but once the Phillies’ center fielder got himself acclimated to his new league he was a terror at the plate and on the base paths. Still only 25, a 310 average with 40 to 50 stolen bases is a realistic projection for Revere in 2014, who is only owned in 72 percent of Yahoo! leagues. Just don’t expect any home runs. Ever. The speedster has gone 1400 major league plate appearances without a single dinger. 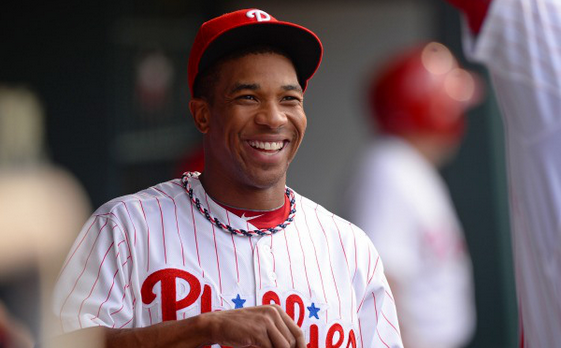 Aramis Ramirez 3B Milwaukee Brewers
Aramis is getting a bit long in the tooth. But even at thirty five — and coming off an offseason in which he had polyp removed from his colon — a healthy Ramirez is a pretty safe bet to put up 280, 25 and 90. Third base isn’t quite as shallow as a position as it has been a previous years, and we wouldn’t recommend reaching for Ramirez. But if happens to still be around as the middle rounds start winding down grab him with confidence. If things break right Ramirez could end up giving you the same type of production as more heralded third sackers like David Wright and Chase Headley.

Michael Pineda P New York Yankees
Michael Pineda. Remember him? He was a much hyped prospect with a very solid rookie season under his belt when he was traded from Seattle to the Yankees before the 2012 season. Then he tore up his shoulder and hasn’t pitched in the Majors since. Pineda is expected to fight for a spot in the 2014 Yankee rotation and could be a great source for wins and strikeouts if he gets it. There is usually nothing “sleepy” about a player on the Yankees, but Pineda is still un-owned in 60 percent of Yahoo leagues and could be worth taking a stash-and-see flier on.

Scott Kazmir P Oakland As
Kazmir, off of the fantasy radar for a few years, made a triumphant return with the Cleveland Indians in 2013. It was classic Kazmir, a great strikeout rate, solid ERA and his wins somewhat suppressed by an inability to go deep into games. What makes Kazmir such an intriguing option is his move to Oakland in 2014, where a big park and good team defense elevate all of the As starting pitchers. Put Kazmir down for 12 wins, a 3.50 ERA, and a bit over a strikeout an inning. Good value if you can grab him in the late rounds, and even better if he still available on the waiver wire, as he is in 32 percent of current Yahoo! leagues.

Jason Castro C Houston Astros
Castro hit 18 home runs for the Astros in 2013 despite missing almost all of September with a knee injury. He’s all healed up, and should be penciled in for about 20 dingers in 2014. What makes Castro particularly attractive is his lineup position — he batted third for the Astros last year.  If he continues to hit in the middle of the order he could be solid source for RBIs and runs, too.  All this for a catcher who can be selected in the late rounds and is still available on the waiver wire in many leagues.

Brandon Beachy P Atlanta Braves
Beachy has had his share of arm troubles over the last few years, but when he’s right he has front line starter stuff. The big right hander has looked sharp this spring, and could be potential steal as either a late round selection or a waiver wire pick up.

Ryan Braun LF Milwaukee Brewers
We might be stretching the definition of “sleeper” a bit here because everyone is well aware of Ryan Braun, fantasy gold between 2007 and 2012. Then there was 2013, which included lesser stats and a PED suspension. But even if you attribute his dip in production in 2013 to the absence of PEDs, rather than the thumb injury that plagued him before his suspension, he was still a well above average hitter during his truncated season. Split the difference between 2013 and the rest of his career and you have a top ten fantasy talent. If Braun is still around by the middle of the second round swoop him up and reap the benefits. 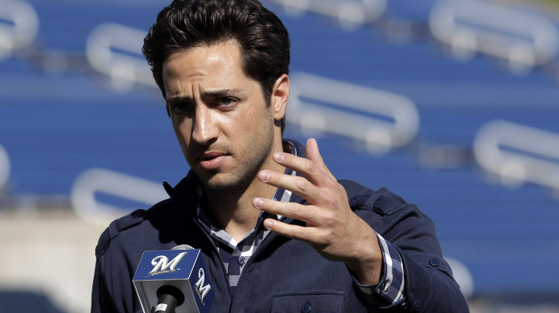