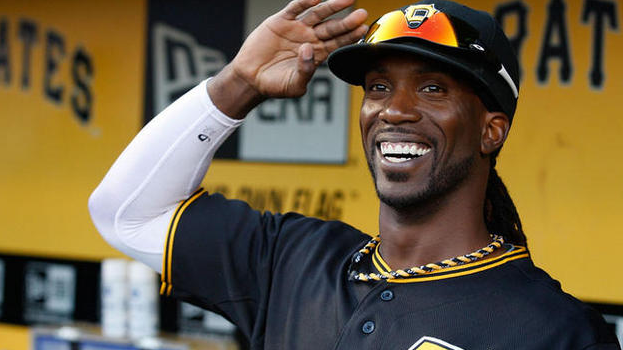 There’s nothing worse in fantasy baseball than losing a player you paid dearly for to an injury. Some of these wounded big money/early round draft picks — like Cliff Lee, Jose Fernandez and Paul Goldschmidt — aren’t coming back.

Below, we update the status of the fantasy stars who look like they may return for the fantasy season stretch run.

Andrew McCutchen
It was looking bad for McCutchen after he was drilled in the side in retaliation for the bean ball that ended Goldschmidt’s season. But since the initial rumors of 4-to-6 weeks, we’ve learned two things about Cutch’s injury: 1) It probably wasn’t caused by the pitch from Randall Delgado, and 2) It might not even require a trip to the DL.

Yesterday, Pirates GM Neil Huntington reported that the 2013 National League MVP’s progress on what has been diagnosed as an avulsion fracture involving the costochondral cartilage has been “remarkable.” This suggests the centerfielder, who has been out since last Sunday, could suit up as early as tonight.

Even if he doesn’t, it appears a trip to the DL will be avoided and McCutchen owners should have him back sooner rather than later.

Yadier Molina
The St. Louis Dispatch reports the cast protecting the torn ligament in Yadier Molina’s thumb was removed last week. The six-time All-Star had suffered the injury in early July, and the initial diagnosis had him returning in early September. This latest news confirms that timeline. Although Molina wasn’t playing quite as well in 2014 as he had between 2011 and 2013, his fantasy owners will certainly be pleased to have him back for the home stretch in the thin catcher position.

Joe Mauer
Mauer, who’s been out since July 1 with the dreaded oblique, is expected to be activated for Monday’s game after going 6 for 15 on a minor league rehab assignment. Mauer is a bit a tricky case for his fantasy owners. He was so bad, fantasy-wise, before his injury,  the catcher his owners’ picked up to replace him in early July has probably been an improvement. (Especially if that replacement catcher happened to be red-hot O’s backstop Caleb Joseph.) Mauer’s been a one-category (batting average) fantasy player for a couple years now, and we wouldn’t necessarily plug him back into our lineups until he proves he at least has that one category going.

Troy Tulolwitzki
Tulo has been fantasy brightest star this year, so there is no question he gets plugged back in the moment he gets off the DL. Unfortunately, nobody knows when that will be. When the shortstop first hit the DL for a strained hip flexor on July 19 there was talk of the minimum. That’s come and gone, and there are now reports Tulo might have a torn labrum, which would end his season. Even if that turns out to be a false alarm, don’t expect the slow-healing superstar back before late August.

Masahiro Tanaka
When the Japanese sensation suffered a partially torn ulnar collateral ligament in early July, most were thinking Tommy John and at least a year of recovery. But Tanaka and Yankees opted not to do that surgery and on Friday the 25-year old was seen throwing at 60 feet six inches, suggesting a September return isn’t out of the question. We’re still not sure the Yankees would risk bringing back their 7-year $155 million investment this season. But if they remain in the playoff race — and they’re currently 2.5 games out of the wild card spot — it would be mighty tempting.