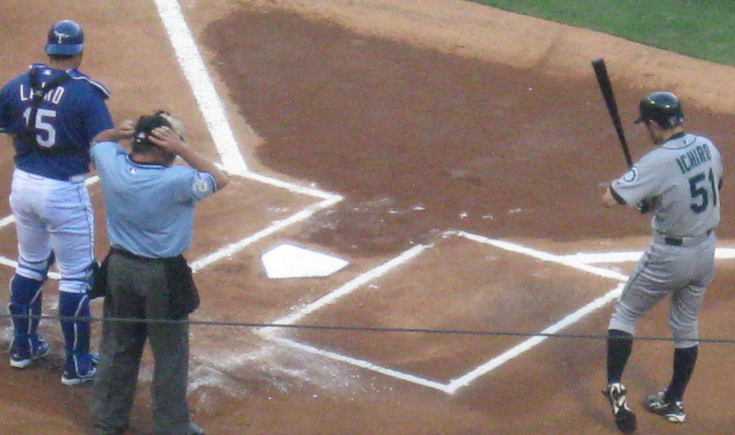 Every year, Major League Baseball says they are going to do something about speeding up the game. Last year, thanks to replay, they actually made it slower; games in 2014 took a an average of 3:13, the most time ever.

Maybe that’s why MLB seems to be finally serious about trimming the ever-expending game times. Earlier this week, the league announced six proposed rule changes to speed up the games pace. The experimental regulations will be tested out during the Arizona Fall League. Here are the six proposal, via a MLB press release:

1. Batter’s Box Rule: “The batter shall keep at least one foot in the batter’s box throughout his at-bat, unless one of a series of established exceptions occurs, in which case the batter may leave the batter’s box but not the dirt area surrounding home plate.”

2. No-Pitch Intentional Walks: “In the event a team decides to intentionally walk a batter, no pitches shall be thrown. Instead, the manager shall signal to the home plate umpire with four fingers, and the batter should proceed to first base to become a runner.”

3. 20-Second Rule: (To be used only at AFL games played at Salt River Fields) “A modified version of Rule 8.04, which discourages unnecessary delays by the pitcher, shall apply. Rule 8.04 requires the pitcher to deliver the ball to the batter within 12 seconds after he receives the ball with the bases unoccupied. The penalty prescribed by Rule 8.04 for a pitcher’s violation of the Rule is that the umpire shall call ‘Ball.’

“In the AFL games at Salt River, a clock will be displayed in both dugouts, behind home plate, and in the outfield. The clock will be operated by an independent operator, who is not a member of the umpire crew. A pitcher shall be allowed 20 seconds to throw each pitch…. The clock will stop only when the pitcher begins his motion to deliver the ball (and not ‘when the pitcher releases the ball’ as prescribed in Rule 8.04). Beginning the motion of coming to the set position shall be sufficient to stop the clock. If the pitcher maintains possession of the ball without beginning his pitching motion for more than 20 seconds, the Umpire shall call ‘Ball.’”

4. 2:05 Inning Break Clock: “There shall be a maximum 2:05 break between innings. Hitters must enter the batter’s box by the 1:45 mark. When batters violate this rule, the Umpire may call an automatic strike. When batters are set by the appropriate time and pitchers fail to throw a pitch before the conclusion of the 2:05 period, the Umpire shall call a ball.”

5. 2:30 Pitching Change Break Clock: “There shall be a maximum 2:30 break for pitching changes, including pitching changes that occur during an inning break. The first pitch must be thrown before the conclusion of the 2:30 period or the umpire shall call a ball. The clock shall start when the new pitcher enters the playing field (i.e., crosses the warning track, or foul line).”

As you can see, the most radical change is the elimination of the intentional walk. It will also be the most controversial, as once in a blue moon a pitcher doesn’t through one of the initial balls wide enough and the hitter takes a swing at it.

Some would argue you should keep intentional walk they way it is just for that comedy. What do you think?