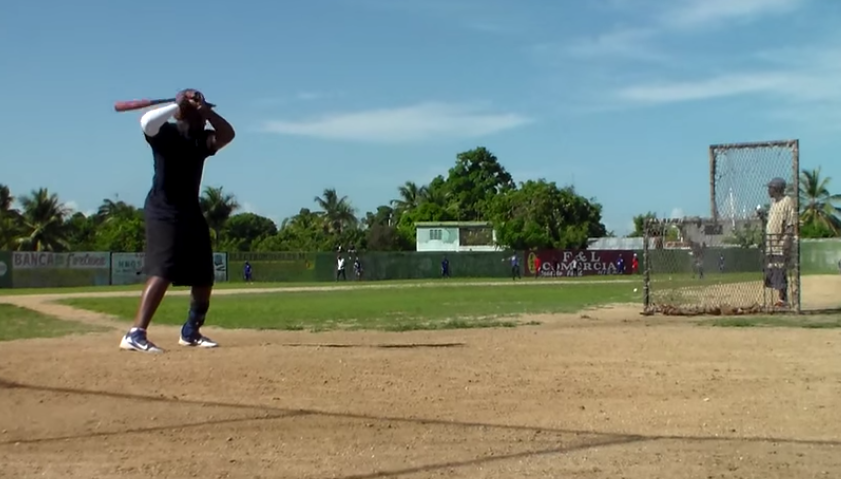 Vladimir Guerrero already comes from a major league family. Early in his career he actually played with his light-hitting older brother Wilton.

There is a good chance the Guerrero MLB family will get a little bigger in the future. Vladimir’s son, 15-year old Vladimir Guerrero Jr. is considered a better prospect than his dad was at that age.

As you can see from the video below, taken from a workout in the Dominican Republic, the 6-foot 2 inch 220 pound youngster is anything but light-hitting.

Notice the lack of batting gloves.  Dad would be proud. Junior is also using a wooden bat, which makes those home runs he’s hitting all the more sweet. The video is reminding a lot of folks of footage of Bryce Harper at that age, however Harper was using an aluminum bat back when he was hitting his eye-opening bombs.

Scouts are predicting that Vlad The Second could be in the big leagues before his 20th birthday, like Harper was. In the video, he is being watched by scouts from the Yankees, Blue Jays and Angels.

Guerrero Jr. is eligible to sign with a MLB team next summer. Maybe one day the Guerrero’s will challenge Bobby and Barry Bonds and Ken Griffey Jr. and Sr. for the best father-son combo of all-time.