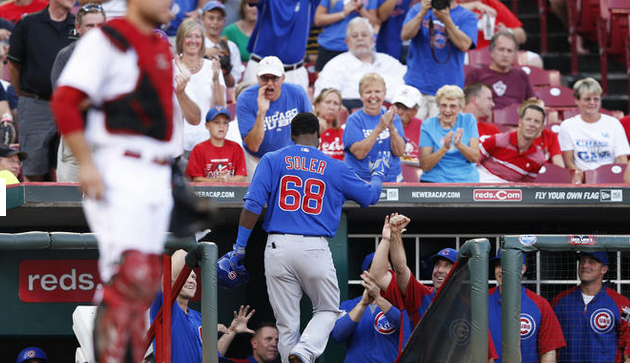 It was actually his second dinger in a row, if you count his final AB for the Cubs Iowa triple-A club. Chicago signed Soler to a nine-year $30 million deal back in 2012, so they hope this will be a taste of things to come.

Howeve,r when one scans the list of those who went yard in their first AB it becomes a apparent that such a distinction is no guarantee of future success. In fact for 23 of the 116 to accomplish the feat before Soler it was their only MLB long ball.  56 — almost half — were never able to get to double digits for home runs for their career.

Soler, who was ranked among baseball’s top 50 prospects, will almost surely top ten taters when all is said and done. Here is a list of some of the notable major leaguers who also started their career the best way possible.

Gary Gaetti
The third baseman is the all-time leader in home runs among the first at-bat club with 360. He’s also a two-time All-Star, three-time Gold Glove winner and was a key member of the 1987 World Champion Minnesota Twins.

Starlin Castro
Soler doesn’t have to look far to find another player who shares his thrill of making the ultimate MLB introduction. Cubs shortstop Starlin Castro went deep in his first at-bat in 2010. He’s had an up-and-down career since, but is still young enough to reach his almost limitless potential.

Earl Averill
Averill was a 27-year old rookie for the Cleveland Indians when he accomplished the feat in 1929. He was then able to pack enough punch in his 13-year career to make the Hall of Fame via the Veterans Committee.

Hoyt Wilhelm
Not only was his first AB dinger his only home run, but Wilhelm batted a dismal .088 during his 21-year career. Of course Wilhelm was known for his knuckleball, which landed him in the Hall of Fame. 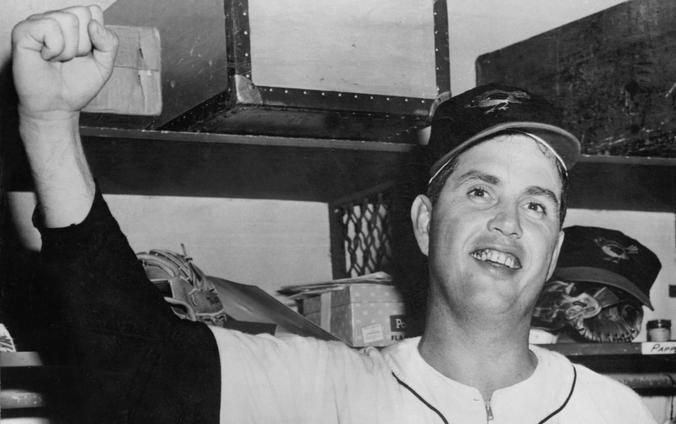 Carlos Lee
With 358 taters, the three-time all-star almost topped Gaetti for most home runs for a player who homered in his first at-bat. Lee hasn’t played since 2012, but is still just 38. Maybe he can come back and claim the crown.

Jermaine Dye
At one point, Dye looked like he’d be a sure bet to beat Gaetti’s mark. The left fielder hit his 325th home run in 2009, a season in which he had 27 long balls. He was only 35 at the time, but — inexplicably — never played another game after that, freezing his total at 325.

Will Clark
While the six-time All-Star was best known for his liners into the gaps, he was a pretty good power hitter at the beginning his career, which had started with a home run.

Jurickson Profar
Profar, an even bigger prospect than Soler, justified his status in his first at bat in 2012. It’s been a struggle since then for the Rangers infielder.

Starling Marte
Another prospect who entered the league with a bang in 2012, Marte has been quite good since then. Although he’s not that much of a power hitter.

Kevin Kouzmanoff and Daniel Nava
The modern duo are the only two players in MLB history to hit a grand slam on the first pitch they saw. Can’t do any better than that.

Mark Worrell
The most unlikely member of the club, relief pitcher Worrell gave up 13 earned runs during his 7.2 inning big league career. He somehow also accumulated two at-bats, and hit a round tripper in his first.

Jason Heyward
Although his power numbers are down the last couple years, the Braves 24-year old right fielder is our best bet to top Gaetti’s mark. Although Cubs fans can now start pulling for Soler to beat him to it. 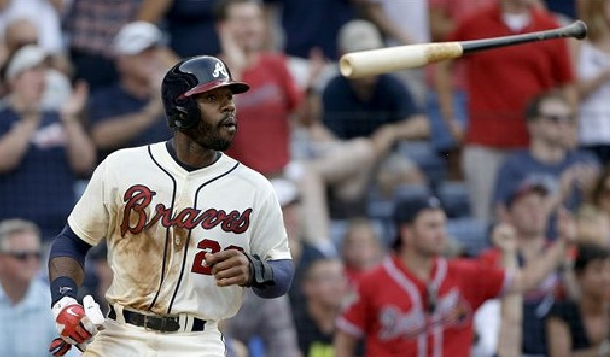