Did Clayton Kershaw Just Pitch The Greatest Game Ever? Here Are the Other Contenders 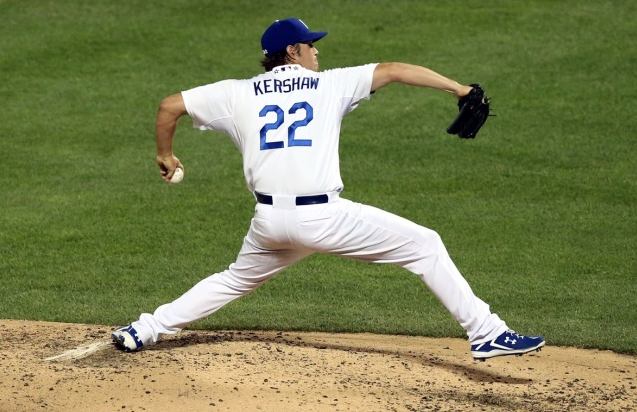 Last night, Dodgers ace Clayton Kershaw was a Hanley Rameriz throwing error away from tossing a perfect game against Colorado. Instead, he settled for a 107 pitch no-hitter with a career-high 15 strikeouts in the 8-0 win.

Nolan Ryan holds the record for most strikeouts in a no-hitter with 17, however he walked four in that game. Matt Cain and Sandy Koufax, the lefty Kershaw is often compared to, have both stuck out 14 batters in a perfect game.

All these performances are among the ten best pitcher games of all-time, which we’ve listed below.

10. Juan Marichal Giants, 16 innings, 10 Ks July 2, 1963, 1-0 vs. Braves
He gave up 12 base runners (8 hits and 4 walks), but Marichal almost pitched the equivalent of two complete game shutouts because that’s what it took to get the win. Three years later the Giants ace would pitch 14 shutout innings in a 1-0 victory.

8. Don Larson New York Yankees, perfect game 7 Ks, October 8, 1956, 2-0 vs. Dodgers
Larson gets extra credit because his perfect game comes in the World Series. He only had seven Ks, meaning he had to rely on his defense and a little luck to achieve his historic feat. He did help keep his fielders on their toes by only throwing 97 pitches

7. Randy Johnson Diamondbacks, perfect game, 13 Ks May 18 2004, 2-0 vs Braves
Johnson, who had thrown a no-hitter 14 years earlier, became at age 40 the oldest player to pitch a perfect game. Johnson threw 117 pitches and after the game said he only shook off his catcher Robby Hammock “two or three times.” The closest the Braves came to a hit was a slow roller that pitcher Mike Hampton almost beat out. 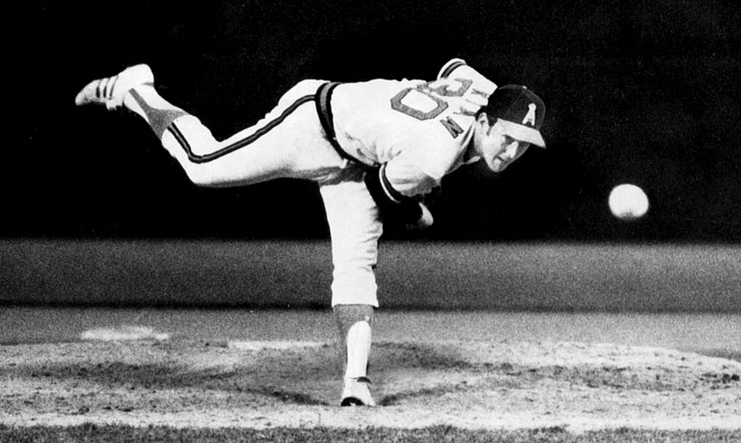 5. Matt Cain Giants, perfect game, 14 Ks, June 13, 2012, 10-0 vs. Astros
Cain surpassed his career high of 12 strikeouts in throwing the 22nd perfect game in major league history. He was also the first player to score a run while throwing a perfect game. Left fielder Melky Cabrera made a nice running grab in front of the wall in the sixth inning and center fielder Gregor Blanco made a hit-saving diving catch in the seventh.

4. Harvey Haddix Pirates 12.2 innings, 1 H, 1BB 8 Ks, May 26, 1959 vs. Braves
Harvey Haddix pitched a perfect game for 12 innings. Then he lost in the thirteenth, an inning that began with an error, then an intentional walk, and finally the Braves first hit, a run scoring, game-ending double. “All I know is that we lost,” Haddix said after the game. “What’s so historic about that? Didn’t anyone else ever lose a thirteen inning shutout?”

3. Clayton Kershaw Dodgers, no-hitter, 15 Ks, 0 BB, June 18, 2014, 8-0 vs. Rockies
Rameriez, who made the error, almost didn’t start because one of the fingers on his throwing hand was dinged up. He was replaced for defense after his bad throw allowed the only base runner Kershaw gave up.

2. Sandy Koufax Dodgers, perfect game, 14 Ks, September 9, 1965, 1-0 vs. Cubs
The one perfect effort among Koufax’s five no-hitters came in 1-0 game with his Dodgers a game out of first place. They would go on to win the pennant and the World Series, making his amazing September day even more significant.

1. Kerry Wood Cubs, 1 hitter, 20 Ks, May 6, 1998, 2-0 vs. Astros
Wood was a rookie when he threw his signature game and the best pitching performance in the history of baseball. He struck-out the first five batters he faced and the only base runners he allowed were on an infield single and a hit batsman. He would throw 122 pitches, and Wood’s pitch count as a rookie became an issue the next year when he blew out his arm. Although he had an admirable 14 year career he would never be the same type of pitcher.