How Elite Pitchers Have Performed After Tommy John Surgery 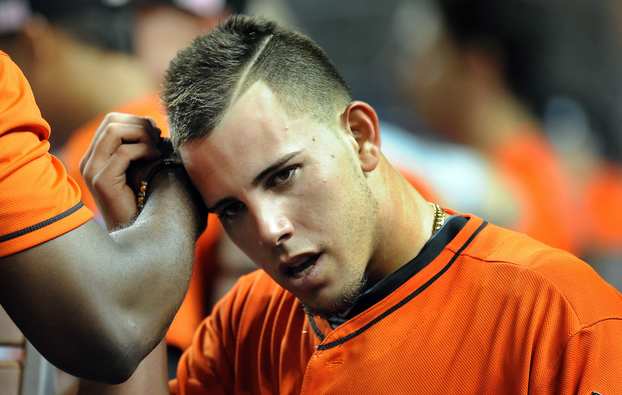 Marlins fans — and yes we are sure there’s a few — are feeling what Mets fans felt last season and Rays fans felt earlier this year. Like Matt Harvey and Matt Moore before him, Miami‘s young stud pitcher Jose Fernandez is expected to undergo Tommy John surgery to repair damage to his ulnar collateral ligament and will miss at least a year.

We’ve compiled a list of prominent pitchers who’ve had the procedure and how they have performed post-surgery. There is some good news below for Fernandez, although it doesn’t always turn out so rosy.

Tommy John
When Dodgers team doctor Frank Jobe performed what would become known as Tommy John surgery in September of 1974 on the man himself, few thought John would ever pitch again. John was 33 when he returned for the 1976 season and improbably ended up winning more games (164 to 122) after the surgery than before.
(ERA+ is how much better or worse a pitcher is to league average normed to 100.)
Before surgery ERA+ 116 S09 5.4
After surgery   ERA+ 107 SO9 3.4

Adam Wainwright
Wainwright would certainly qualify as a Tommy John success. He was one of the elite pitchers in baseball before the surgery, having finished third and second in the National League Cy Young race in 2009 and 2010 respectively. After missing the entire 2011 season he was able to shoulder a full load in 2012, but his results were well below his previous standard. He bounced back big-time in 2013, finishing Cy Young runner up again, and the 32-year old is off to his best start ever in 2014.
Before surgery ERA+ 140 S09 7.5
After surgery   ERA+ 116 SO9 8.2

John Lackey
Like Carpenter, Lackey was 32 when he had Tommy John. But unlike Carpenter, Lackey had been pretty awful during the couple years prior to the procedure, after having been a number-1 type starter earlier in his career. Lackey missed the entire 2012 season and then came back a lot stronger in 2013. He’s more of a middle-of-the-rotation guy now, but the surgery has clearly improved his pitching.
Before surgery ERA+ 107 S09 7
After surgery   ERA+ 118 SO9 7.9

Tim Hudson
Another member of the TJ at 32 club, Hudson missed half of 2008 and almost all of 2009 after getting the surgery. He rebounded quite nicely in 2010, finishing fourth in Cy Young voting. While his numbers aren’t quite as sharp post-procedure, if you consider his age he’s been basically the same pitcher since.
Before surgery ERA+ 127 SO9 6.1
After surgery ERA+ 119 SO9 5.9

Joe Nathan
Nathan was darn near unhitable as a closer before going under the knife and missing the entire 2010 season. He wasn’t quite himself in 2011, but was back to being one of the best ninth inning men in baseball in 2012 and 2013 despite getting into his late thirties.
Before surgery ERA+ 159 SO9 9.4
After surgery   ERA+ 147 SO9 9.9

John Smoltz
There has yet to be a Hall of Famer who had Tommy John.  But Smoltz is likely to change that. The 1997 Cy Young winner missed all of 2000 with the surgery and then spent most of the next four seasons as an elite closer. He would return to the rotation in 2005 and was among the best starters in baseball until tearing his labrum in 2008 at age 40.
Before surgery ERA+ 121 S09 7.8
After surgery   ERA+ 132 SO9 8.4

The bad
Ryan Madson
After years in middle relief, Madson established himself as an elite closer for the Phillies in 2011. He signed with the Reds that off-season and suffered a torn ligament in spring training, requiring Tommy John. He hasn’t pitched since.
Before surgery ERA+ 122 S09 7.8
After surgery None

Jose Rijo
Rijo was as good a pitcher as there was in the National League in the late eighties and into the nineties. When he had Tommy John in 1995 the procedure was still fairly rare, and it didn’t cure his ills. It wasn’t until 2001 that he pitched again and 2002 would be the last season for the would-be great.
Before surgery ERA+ 123 SO9 7.8
After surgery   ERA+ 95   SO9 4.8

Kris Medlen
The Braves righty was terrific in 2012 and 2013, after missing just about all of 2011 with TJ. Unfortunately, he was required to have a dreaded second surgery before the 2014 season.

Josh Johnson
Johnson had his surgery in the middle of the 2007 and came out like gangbusters in late 2008. For the next three years he was one of the best pitchers in baseball — when he was healthy. His performance began a downward trend in 2012 and he had to undergo a second Tommy John before the 2014 season, putting his career very much in question.

The hard to tell

Joakim Soria
Between 2007 and 2010 Soria was arguably the best closer in baseball for the Royals. His numbers slipped in 2011, and ligament damage with detected that off-season. He missed all of 2012, and was a bit shaky in middle relief during his late-season 2013 return with the Rangers. He went back to the closer role in 2014 and so far has looked a lot like the guy who dominated late last decade.
Before surgery ERA+ 181 S09 9.7
After surgery   ERA+ 126 SO9 11.2

A.J. Burnett
Burnett went under the knife in early 2003 when he was still a member of the Florida Marlins. Technically, 2002 was A.J’s best season. However he’s been pretty consistent over what has become a 16-year career. Maybe he would have been a slightly better pitcher if he never had Tommy John, but he’s still been pretty good for a long time.
Before surgery ERA+ 108 S09 7.6
After surgery   ERA+ 104 SO9 8.5

Stephen Strasburg
Strasburg’s been quite good since getting TJ in 2010 and missing most of the 2011 season. But given his pedigree and his success before going under the knife it’s quite possible he’s not as good as he would have been if his ligament didn’t give out.
Before surgery ERA+ 139 SO9 12.2
After Surgery ERA+ 126 SO9 10.3

Jordan Zimmermann
Like Strasburg, Zimmermann would be a good comp for Fernandez, Moore and Harvey because he had his surgery early in his career; he was 16 games into his rookie season when he got snipped. After missing the rest of 2009 he was able to return in late 2010. Zimmerman’s been about 20 percent better than league average since 2011, and finished seventh in the 2013 Cy Young voting. However because of his lack of success in his small pre-TJ sample size (Although he was a big-time prospect, Zimmermann wasn’t all that good, posting a 4.63 ERA) it’s difficult to determine what kind of pitcher he would have been without surgery.
Before surgery ERA+ 92   S09 9.1
After surgery   ERA+ 118 SO9 7.1

Kerry Wood
Wood was the talk of baseball in 1998 when he fanned 20 in his fifth career start. He would miss the entire 1999 season with Tommy John. Wood would have his best overall season in 2003, making the All-Star game and leading the league in strikeouts. However, other injuries limited would became a gritty 14-year career and his is a story of Dusty Baker mis-management and what could have been.
Before surgery ERA+ 129 SO9 12.6
After surgery   ERA+ 116 SO9 10 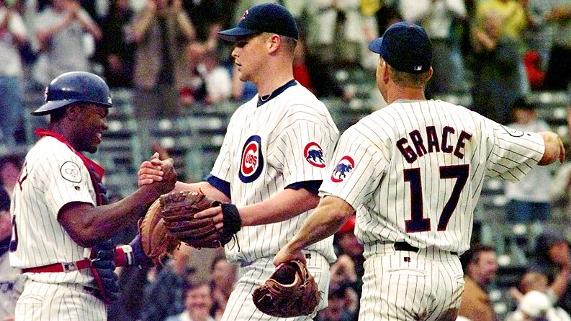