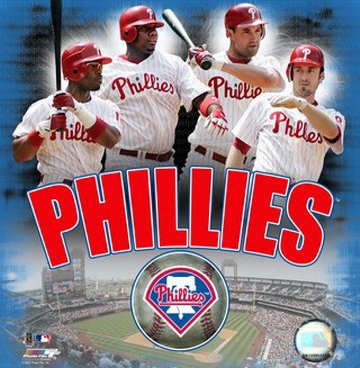 The Philadelphia Phillies were founded in 1883 and have played in the National League ever since. They are in the League’s East Division and their home games are at Citizen’s Bank Park in Philadelphia. Their team colors are red, white and blue and they are often called the Phils or the Phightin Phils. They are known for their mascot, the Philly Phanatic

The Phillies, who are one of the National League’s “classic eight” franchises, started horribly, going 17-81 in their inaugural season. With a Hall of Fame outfield of Billy Hamilton, Sam Thompson and Ed Delahanty the Phillies were one of the better offensive teams of the late nineteenth century, thanks in part to their home park the Baker Bowl’s cozy confines, but they never had enough pitching to really contend.

After a middling start to the 20th century, Hall of Fame pitchers Pete Alexander and Eppa Rixey took them to their first World Series in 1915, which they lost to the Red Sox. They struggled mightily after the sale of Alexander in 1918, wasting some great offensive years from Chuck Klein, Cy Williams and Lefty O’Doul in the twenties and thirties. By fourties the Phillies were just plain awful, and 100 loss seasons became the norm.

The stopped being awful with The Whiz Kid Phillies of 1950. The team made up of Hall of Famers Robin Roberts and Richie Ashburn and all-stars Del Ennis and Curt Simmons made it to the franchise’s second World Series in 1950 but fell to the Yankees in a sweep.

While great things were expected from the young and talented team, they never really materialized and the Phillies were back deep in the cellar by 1960. Their one notable season that decade ended in disaster as their ‘64 team blew a 6.5 game division lead with 12 games remaining and missed the playoffs altogether. The squad that featured Dick Allen, Johnny Callison, and Jim Bunning never recovered from the collapse, and the Phillies were soon back at the bottom of the league. 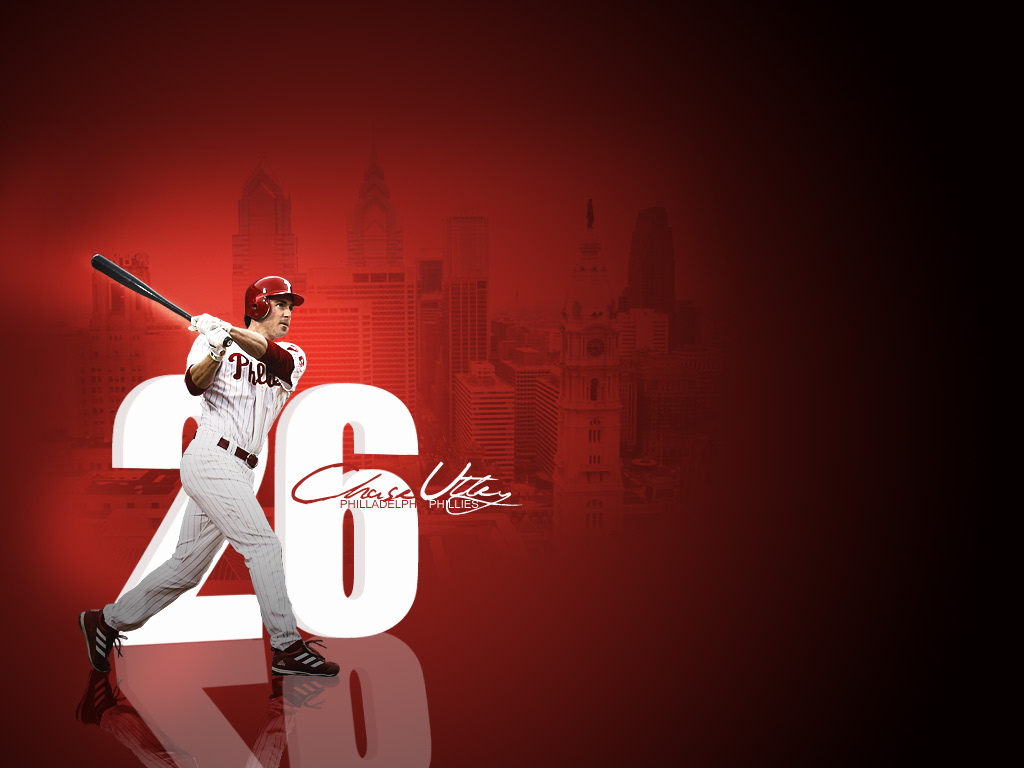 Their fortunes turned again in the mid-seventies, and a core of Mike Schmidt, Steve Carlton, Bob Boone, Larry Bowa, Greg Luzinski. Gary Maddox and eventually Pete Rose fired off three straight division crowns between 1976 and 1978 and then won the franchise’s first World Series, snapping a 77 year drought, in 1980. Schmidt, Carlton and Maddox were all still around in 1983 for the “Wheez Kids” last gasp, which was a World Series defeat to the Baltimore Orioles.

The Phillies struggled for the next twenty years, save a surprise World Series appearance in 1993 with ended in a dramatic Game Six walk off home run by Toronto Blue Jays slugger Joe Carter.

In 2007 Chase Utley, Ryan Howard, Jimmy Rollins and Cole Hamels led the Phillies to five straight East Division titles, including the franchise’s second World Series win in 2008 and another Fall Classic appearance in 2009. 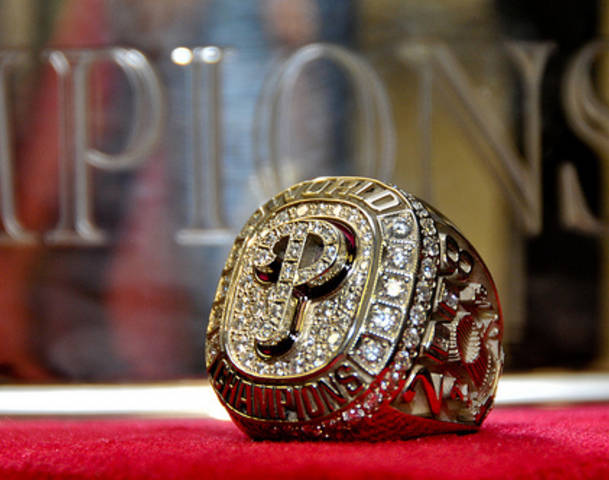