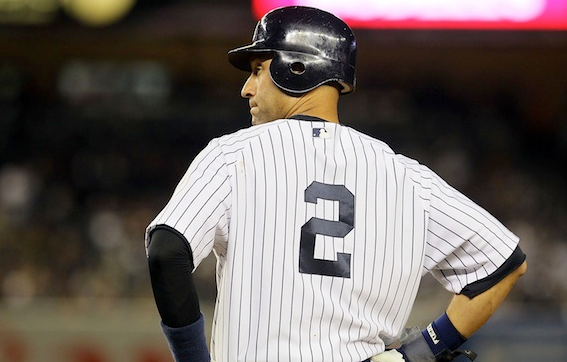 In April, when Major League Baseball last released a list of top selling jerseys, it was David Ortiz‘s name and number which had moved the most merchandise.

The popular slugger was still basking in the afterglow of leading the Red Sox to a World Series win. In fact, Red Sox second baseman Dustin Pedroia had the second most jersey sales back in April and Sox closer Koji Uehara and 2013 center fielder Jacoby Ellsbury also made the top 20.

Fast forward to midseason, and things are a bit different in the jersey sales race. Ortiz and Pedroia are still in the top five, despite the Red Sox’s struggles. But now it’s a member of the hated Yankees at number one. We run down the top 20 selling jerseys, including their rank at the beginning of the season, below.

20. Yu Darvish Texas Rangers (ranked 19th in April)
The Japanese import sells out on both sides of the Pacific

16. Manny Machado Baltimore Orioles (10)
New notoriety has led to a down tick in sales.

15. Anthony Rizzo Chicago Cubs (unranked)
At least Cubs fans have one thing to cheer about.

13. Robinson Cano Seattle Mariners (9)
Power might be gone, but his new team is surprisingly good. Still probably not worth the money. 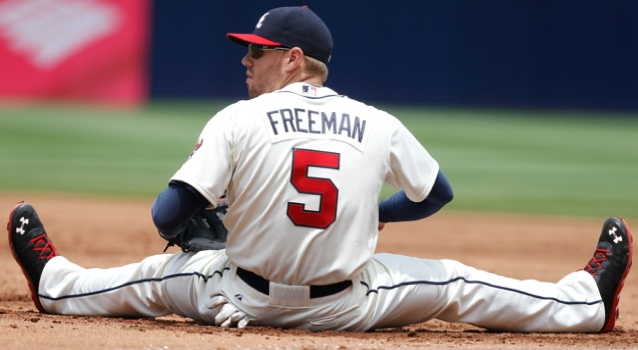 11. Andrew McCutchen Pittsburgh Pirates (6)
Quietly putting up better numbers than he did in his 2013 National League MVP season.

10. Miguel Cabrera Detroit Tigers (13)
Even in a down year he still rakes.

9. Yasiel Puig Los Angeles Dodgers (11)
When you want to say “I’m exciting and unpredictable and give my manager ulcers.”

7. Mike Trout Anaheim Angles (14)
The best player in the world looks like he will win his first MVP in 2014; maybe then he can also top jersey sales by the end of the year.

4. David Ortiz Boston Red Sox (1)
Nor have they turned on Big Papi.

3. Clayton Kershaw Los Angeles Dodgers (5)
23.1 more innings to break Orel Hershisher’s scoreless struck of 59. If you were starting a team would you rather have Trout or Kershaw? Some question don’t have proper answers.

1. Derek Jeter New York Yankees (3)
To his credit, the retiring Hall of Famer has been keeping his head above water lately.