National League All-Star Voting Vs. Who Should Make The Team 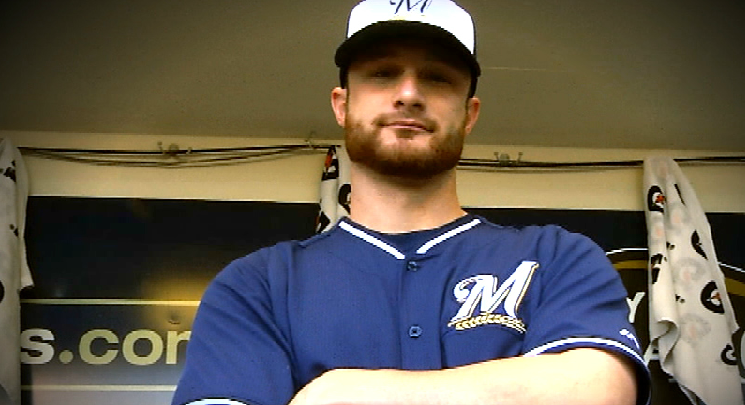 We’re about half way through the voting for the 2014 All-Star Game at Target Field in Minneapolis. Things are starting to get nasty in the fight to represent the National League at catcher with the Milwaukee Brewers launching a political-style attack ad against incumbent All-Star Yadier Molina on behalf of their backstop Jonathan Lucroy.

Lucroy actually sits third in the latest balloting — he would also have to jump over Giants catcher Buster Posey to make the starting nine. Hopefully the humorous video will add to Lucroy’s vote total because he’s having a fantastic year and does deserve to start over Molina and Posey, who have both been a bit off their typically high standards.

Most All-Star voters now cast their ballots online with the current stats of all the candidates right next to their name. Because of this added (and essential) bit of information voters have gotten a lot better at sending the most deserving players to the midsummer classic. We’ll give them a bit of pass on overlooking Lucroy since Molina and Posey are huge stars and multiple World Series champions who are still having decent years. Let’s see how the voters are doing at the other National League positions.

First Base
Paul Goldschimdt has a small lead over Adrian Gonzalez and Freddie Freeman. The D-backs first baseman is clearly the class of the league, so our only complaint would be he should be further ahead. Arizona’s team struggles haven’t helped him here.

Second Base
Chase Utley has a pretty insurmountable lead over Neil Walker. After a torrid start, Utley has come back to earth. So much so, you can almost make an argument for Walker. Almost. Utley is a much better all-around player than Walker, even if their hitting stats are now comparable. Plus the veteran is one best few players of his generation, so when he’s having a really good year you want him on the All-Star team.

Shortstop
Troy Tulowitzk has a huge lead over a bunch of players who don’t even matter. The Rockies shortstop has been the best player in baseball this year, even with Mike Trout maintaining his typically high standard of excellence. Injuries have been an issue for Tulo over his career, but when he’s healthy he’s been one of the finer shortstops of the past 50 years. 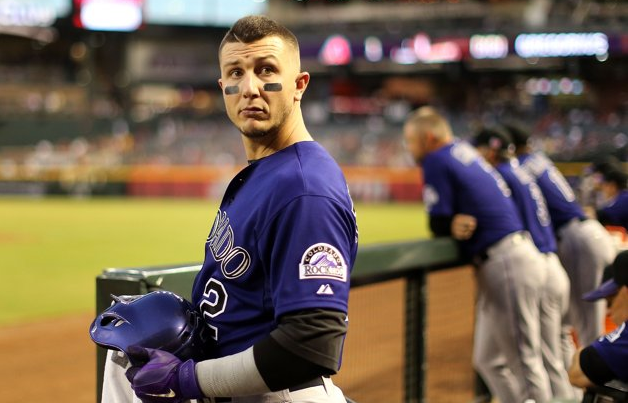 Third Base
David Wright has a small lead over Pablo Sandoval and Nolan Arenado. Wright, who isn’t having a particularly good year, is skating by on name-recognition. But Captain America is also as good a pick as any. Sandoval has been just about as mediocre and Arenado, who had a nice start to 2014, went down a month ago with a broken finger and may not return until early July. After that there’s just not a lot of good third baseman in the National League.

Outfield
Yasiel Puig, Andrew McCutchen and Giancarlo Stanton lead the way with Carlos Gomez right on Stanton’s heals and his teammate Ryan Braun a bit further back. We suspect all five players will be on the All-Star roster. (Although they may be pressure to keep Braun off because of his PED history.) But the voters nail the order they should be in. 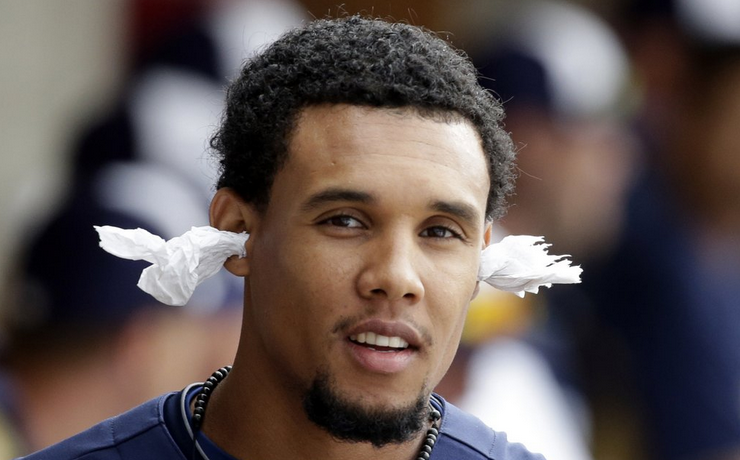 All-in-all, this year’s National League All-Star voters have been doing a pretty good job. The only position we can quibble with is catcher, and you really can’t get too upset when an All-Star voting “mistake” sends Yadier Molina to the starting lineup.