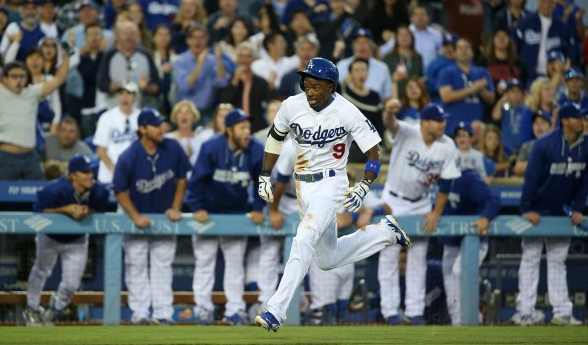 It wasn’t quite an inside-the-park home run. But a few seconds after Colorado Rockies left-fielder Charlie Blackmon made a mess of a Dee Gordon line drive into the corner that should have been a double, the speedy Dodgers second baseman found himself rounding third base and heading for home.

He would make it there without a relay throw to the plate. According to the website Tater Trot Tracker, which does exactly that, Gordon, the son of former All-Star pitcher Tom Gordon, circled the bases on his Little League round-tripper in exactly 13.89 seconds. That would be faster than any other big leaguer has since the website began their tater tracking ways back in 2010. Check out Gordon’s raw, unadulterated (but still safe for work) speed below.

The previous fastest run around the bases belonged to then-Angel Peter Bourjos. In 2011 the centerfielder turned a single and comedy of errors by the Texas Rangers into a home-to-home dash of 14.02 seconds.

Gordon’s blistering pace didn’t start off so blistering. He went from home to first in a speedy, but in no ways record-threatening, 4.12 seconds. He picked up the pace between first and second, spurred on by Blackmon’s sloppy fielding, and made it to the keystone in 3.26 seconds. He had the jets in full throttle between second and third, doing those ninety feet in 3.20. With his eyes on the prize he barely let up on his way home, completing the fourth leg of his run-scoring rotation in 3.31.

What about Billy Hamilton, you are probably wondering. Since all things speed related these days are filtered through the legs of the Reds rookie center fielder.

Although Hamilton’s overall numbers are a bit soft, he does have a surprising four home runs on the season. However, none of them are of the inside-the-park variety, nor has he made it around the bases due to defensive mistakes. Tater Trot Tracker does also track some minor league games and they have Hamilton completing a inside-the-park round tripper in 13.8 seconds when he was playing in double-A a few years ago. 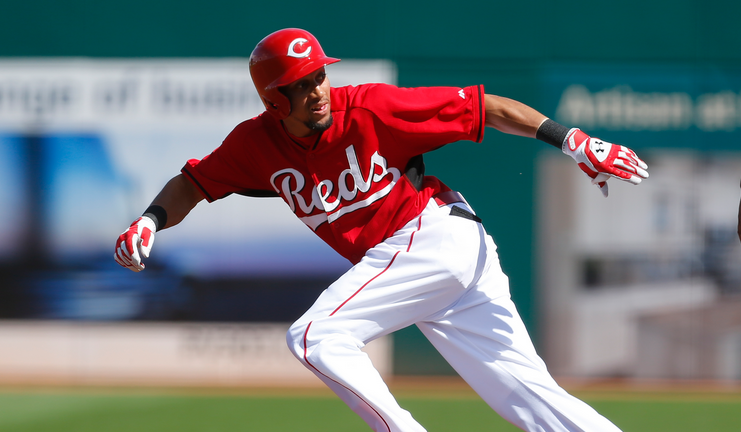 Then there is the other end of the spectrum. The guys who put one out the park and circle the bases at a glacier pace because of a lack of foot speed or a propensity to Cadillac. (Or both.)

So maybe Big Papi shouldn’t be so surprised the next time a pitcher works him in. And if Gordon continues his surprisingly good play (he also leads the league with 36 stolen bases and is hitting .285) maybe teams will start to water down the bath paths, as they allegedly did during the sixties to limit the impact of speedy base runners.