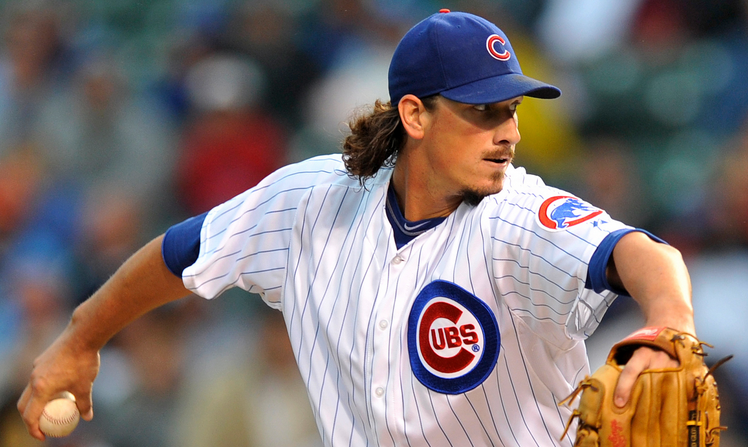 The “Hot Stove League” refers to baseball’s winter off-season when general managers get together, presumably around a hot stove, and make deals.

But there is another just as important hot stove league that forms in the weeks before July 31,  the last day teams can trade a player without securing waiver rights.

As a fantasy owner you need to be on top of any potential summer hot stove league developments because a change of scenery can radically change the outlook for a player.

Hot stove talk is already heating up on Chicago’s north side. The Cubs are obviously going nowhere in 2014 and GM Theo Epstein has a stacked minor league system and a want to remake Chicago like he did the Red Sox. The team is reportedly listening to offers on starting pitchers Jeff Samardzija and Jason Hammel.

Samardzija, if you remember, came out like gangbusters, leading the league in ERA for most of the first two months of the season. However, he didn’t get his first win until May 26, thanks to the Cubbies anemic offense. He has two wins now, but his ERA has gone from 1.46 to 2.77 in the past few weeks. In fact, his numbers are very similar to Hammel, who has six wins along with a 2.81 ERA. .984 WHIP and 8.2 Ks per 9, and has quietly put together a pretty spectacular fantasy season.

But we still think it’s Samadzija who would benefit the most from a trade to a contender. The former Notre Dame football standout is playing for a contract this year and just has better stuff than Hammel. If we were a Hammel owner we’d actually be weary of him being shipped out because the well-traveled 31-year old has never pitched as well as he has during his first year with the Cubs.

The Mets ageless wonder Bartolo Colon is also starting to pop up in trade rumors. Last year, when he was a mere 40, he was darn near the American League Cy Young winner. He hasn’t been quite that good in Queens, but he is striking more batters out in 2014 and could see a bump in value if he’s moved to a better team, particularly one in the National League. Curtis Granderson, who’s been heating up lately, is another veteran the Mets might want to cut bait on, but his contract probably makes him untradable. There had been Twitter-sphere talk that New York was also looking to deal second baseman and stealthy base-stealer Daniel Murphy, but GM Sandy Alderson shot that down during a Q&A sessions with season ticket holders Saturday, for whatever that’s worth.

Phillies GM Reuben Amaro apparently doesn’t understand the difference between at-bats and plate appearances. Yes, really. Not the person I’d want running my team. However he’s inexplicably still pulling the strings in Philly and over the last couple weeks he’s indicated there may be a fire sale if his team continues their losing ways.

You can blame the Phillies old vets for the teams decline, because most of them are playing pretty well. However Chase Utley and Jimmy Rollins both have no-trade protection and have indicated a strong preference to remain in Philadelphia. Although Rollins seemed to soften that stance a bit after setting the team’s all-time hit record this week.

Ryan Howard still has one of the most unmovable contracts in the game, Marlon Byrd continues his renaissance, but the 36-year old’s 2016 plate-appearance-based option might make him a tough sell, and Cliff Lee is currently injured.

Lee’s rehab is progressing and he’s about to start on a throwing program. If all goes well he should be back in a few weeks and would be the Phillies biggest trading chip if he can prove he’s healthy. And a healthy Lee on a contender would be a beautiful thing for any fantasy owner that currently has the left-hander stashed in their DL spot. (Ditto Rays ace David Price, who’s been pitching more to his ability as of late, and is about a 50-50 bet to be moved before the deadline.)

According to multiple sources, the first Phillies to be traded may well be closer Jonathan Papelbon. The notorious baseball jerk has learned to pitch with diminished velocity and has only given up one run in his last 25 appearances. He’s been linked to Detroit, who could use a closer now that there is increasing evidence their 39-year old incumbent Joe Nathan is done. 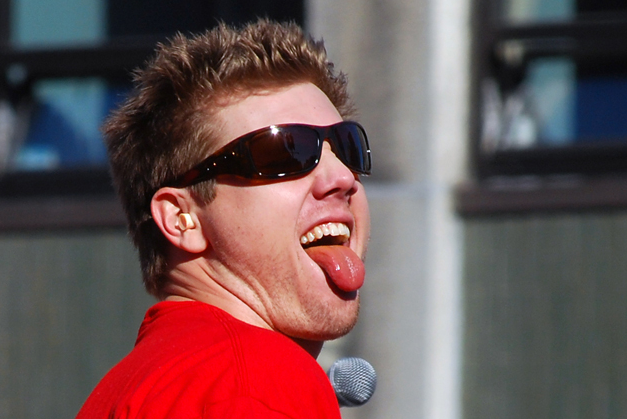 Like Papelbon, Huston Street and Chad Qualls have also exceeded expectations as a ninth inning men this season. And, like Papelbon, if we owned them in fantasy we would not want to see them traded to a contender.

Bad teams still generate plenty of save situations and closers are creatures of habit; you don’t necessarily want them to to have to pick up their lives and move to a different city mid-season. Papelbon would probably still be decent in Detroit, but Street, with his flyball tendencies, wants to be pitching in San Diego. Qualls, who’s been shockingly lights out, is only making $3 million this season.  So if he gets dealt to a contender they can afford to use him in a set up role, where he would lose all of his fantasy value.

They key is not to automatically assume a trade to a better team is a good thing. If you keep that in mind, and continue to monitor all the latest trade rumors, you can get a leg up in fake baseball.