The Colorado Rockies joined the National League in 1993 as part of an expansion that also included the Florida Marlins. They are in the West Division and they play in Coors Field in Denver, the biggest park in baseball dimension-wise. Their colors are black, purple, silver and white and their nickname is The Rox.

Denver had always been a big minor league town and there had been attempts to bring a Major League team to the area as far back as 1960. In 1991 they were finally granted an expansion team. The franchise got off to rocky start indeed, and problems with initial ownership group almost had the team relocate to Tampa before playing a game. But they were able to get past that, and the Rockies started play in Denver in 1993.

Thanks to the thin mountain air, journeymen such as Dante Bichette, Andres Garralaga, Ellis Burks and Vinny Castilla began to put up monster offensive numbers for the Rockies, as did big free agent signing Larry Walker. In 1995 the Rockies made the playoffs for the first time.

The “Blake Street Bombers” were eventually joined by Todd Helton and put up huge run totals every year. However their opponents scored a lot of runs too, and attempts to bolster their pitching staff with big free agent signings failed over and over. The Rockies didn’t make the playoffs again for until 2007 and had only three winning seasons during that time period.

The nature of Coors Field did change, however, in 2002 when a humidor was installed to store the baseballs before the game. By dampening the ball, it didn’t travel as far in the dry mountain air, and home runs fell into line with the rest of the league. Although Coors remained an offensive park due to the huge outfield that still had to be covered by three fielders. In 2007 a Rockies team lead by Matt Holliday and Troy Tulowitzki stormed into the post-season, winning fourteen out fifteen to close out the season and grab the wild card spot. Then they won both the NLDS and NLCS in sweeps — only to be swept by the Red Sox in the World Series. The Rockies made the wild card again in 2009, but lost in the first round. 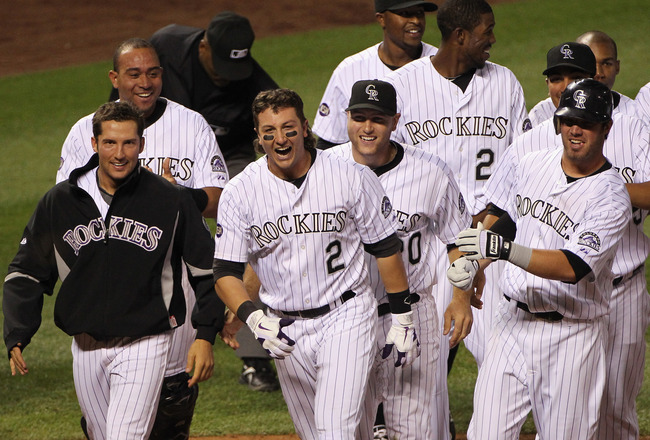