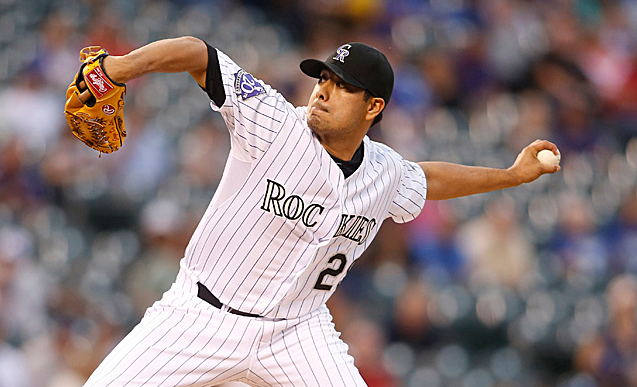 De La Rosa was one of the better pitchers in baseball in 2013, finishing with a 16-6 record and 3.49 ERA despite playing in baseball’s most difficult park for pitchers. It was his first season after Tommy John surgery and his fastball has actually up-ticked in 2014. However the results haven’t quite been there; De La Rosa is 13-10 with a 4.26 ERA so far.

Those are still decent numbers, but perhaps not good enough for De La Rosa to risk free agency. The Rockies could have slapped him with a $15.1 million qualifying offer, and judging from comparable pitchers Kyle Lohse, Ervin Santana and his former teammate Ubaldo Jimenez struggles to sign with a new team after getting hit with a QO, De La Rosa must have figured it’s best to stay home and take the security of a two-year deal.

De La Rosa may have also wanted to remain with the Rockies because he’s one of the few pitchers who’s actually been able to excel at Coors Field.  His 44 wins there are the most all-time, and his 44-14 .759 home winning percentage since 2008 is the second best in all of baseball.

“His changeup is his money pitch,” manager Walt Weiss told the Denver Post. “He speeds hitters up with his cutter, but the changeup has been really good for Jorge. Every once in a while he’ll pop a fastball in there at 95 (mph) or sneak a curveball in there. He’s had it all working, and he’s been ridiculously good here at Coors.”

So now De Le Rosa is off of the free agency board for 2015. But with Max Scherzer, Jon Lester and Jamie Shields still expected to available to the highest bidder — and Cole Hamels likely obtainable in a trade — there is still plenty of pitching talent for teams looking to improve their starting staffs next season. 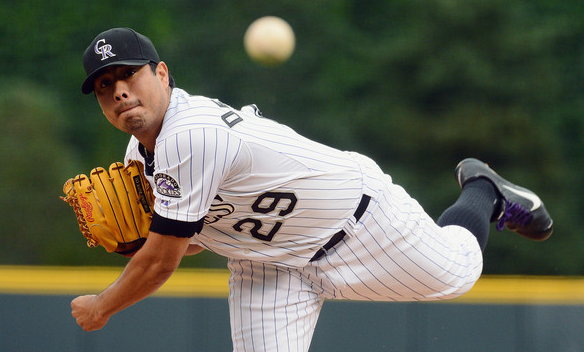