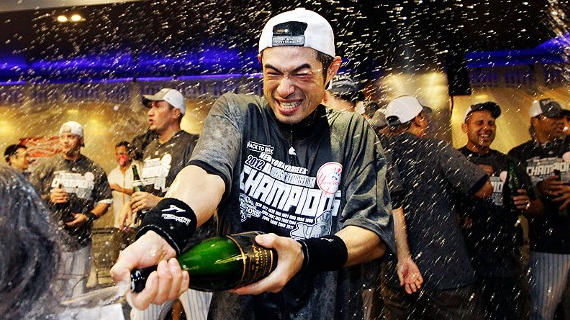 During his 14-year big league career Ichiro Suzuki has always communicated to the press through a translator. But don’t think that’s because he lacks foreign language skills. Ichiro is actually pretty fluent in English, he just uses a translator because he doesn’t want to end up giving “unrefined” answers to reporters’ questions.

In a Wall Street Journal article, several Spanish-speaking ballplayers shared humorous stories about the Japanese import surprising them with his skills in their native tongue

Veteran first baseman Carlos Pena remembered one of his frequent encounters with Ichiro. He was defending first for the Tampa Bay Rays, and Ichiro had just arrived on one of his patented infield hits. Ichiro peered over at Pena and asked, “Que coño tu mira?,” or, “What the hell are you looking at?” Pena clamped his lips together to prevent the laughter from bursting through.

“He’s a really observant, really smart guy and he can pick up Spanish pretty quickly,” Ibanez told the Journal. “He’d overhear us Latin guys talking and he would imitate it exactly the way that we said it and then he’d ask, ‘What does that mean?’ Everything that he does, he tries to do it exactly perfect, right? So it only makes sense that he would do that when he’s trying to speak Spanish.”

Ichiro’s motivation for learning Spanish has been to show solidarity with his fellow baseball immigrants.

“I feel a bond with them,” he said. “We’re all foreigners in a strange land. We’ve come over here and had to cope with some of the same trials and tribulations. When I throw a little Spanish out at them, they really seem to appreciate it and it seems to strengthen that bond.”

But that’s not all. There is a much saltier reason Ichiro tries to be tri-lingual

And besides,” he continued. “We don’t really have curse words in Japanese, so I like the fact that the Western languages allow me to say things that I otherwise can’t.”

A joking, cursing Ichiro runs counter to the stoic image he usually projects, and baseball Latin contingent has long appreciate Suzuki’s attempts to bridge cultures with humor. In fact, when the seven Venezuelan players — including Miguel Cabrera, Victor Martinez, Francisco Rodriguez and Bobby Abreu– who made the All-Star game in 2004 posed for a picture, in the middle stood Ichiro, honorary, dirty-mouthed Latin ballplayer by way of Japan. 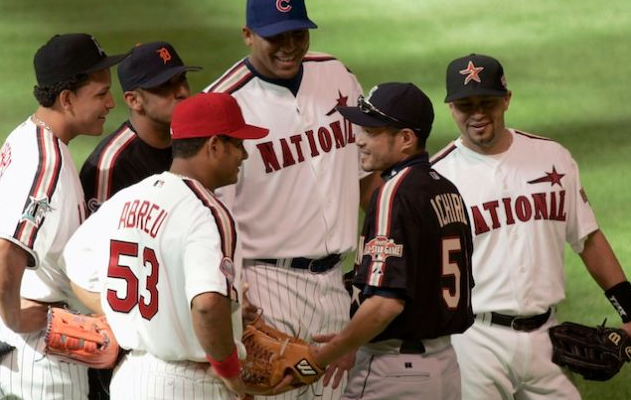