This makes Little League one of the few major sports organization in the world which doesn’t offer their rule book free to the public. According to Little League officials this is because they don’t want to incur the potential liability of other youth baseball leagues copying their rulebook. 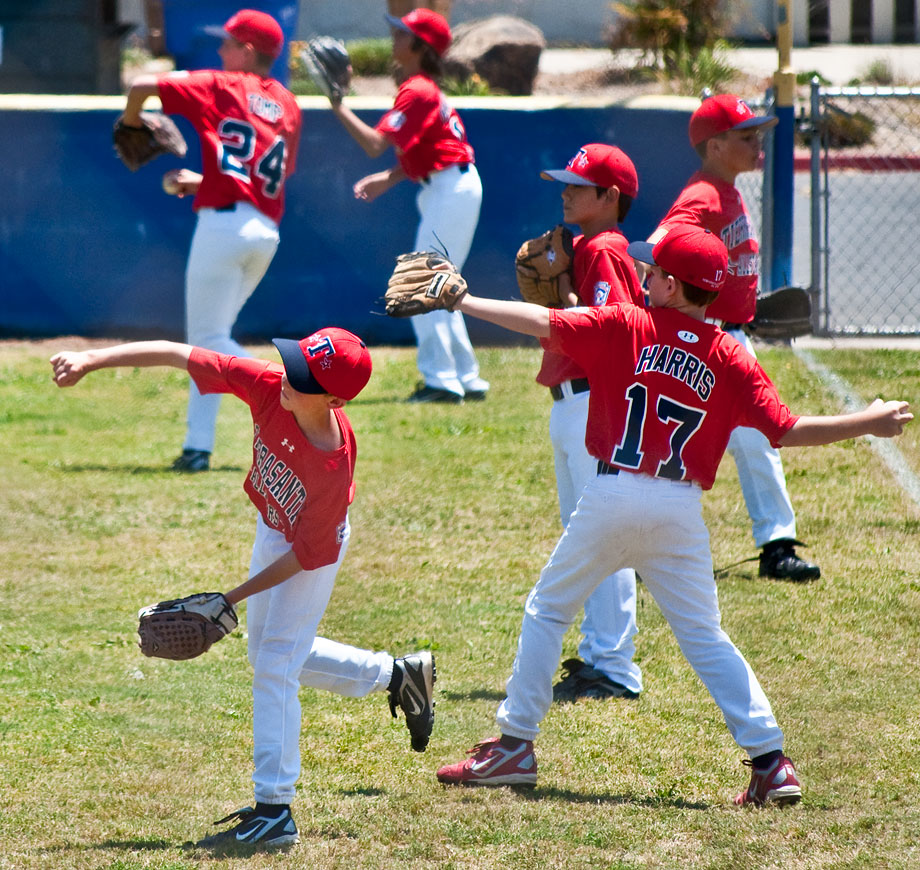 Safety
*No player besides the batter in the batter’s box is allowed to have a bat in his hand. Not only does this include a batter in the on deck circle but also players in the dugout.

*All players must wear protective cups.

*Catchers must wear all protective gear including dangle throat protector while warming up pitcher.

Baserunning
*The base runner must try to avoid contact with the fielder if possible.

*Players can not slide head first while advancing to a base. (Doesn’t apply to fourteen and older leagues, or if a player is trying to return to a base.)

*On close plays, players must either slide or try to avoid the tag.

*Runner cannot advance until the pitch “reaches the batter.” (No straight steals)

*If a runner leaves early on a bunt no run can score on the play.

General
*Games cannot be started or continued without nine players and at least one coach in the dugout.

*Any substitute player has to play a minimum of one at bat and six consecutive outs.

*Umpire is the sole judge of weather.

*Coaches are not allowed to warm up pitchers between innings.

*If a coach is ejected he must leave the game site and is suspended for the next game.

Bats
*Bats can be no more than 33 inches in length and 2 ¼ inches in diameter.

*Composite bats are banned unless specifically approved at Littleleague.org.

*Non wood bats have a BPF rating of 1.15 or lower that is permanently affixed to the bat.

*A pitcher who has thrown forty-one or more pitches can not play catcher on that calendar day.

*Pitchers may not wear long white sleeves under their jersey, use a white or cream glove and may not wear sweet bands of any color on the arm or the wrist.

*Pitchers have either an eight pitch or one minute limit to warm up, whichever comes first.

* Age 11-12 pitchers can throw no more than 85 pitches a day; Age nine-to-ten are limited to 75 and age eight fifty pitches. (However the pitcher can finish the at-bat he reaches the maximum in as long as it is finished in that inning.)