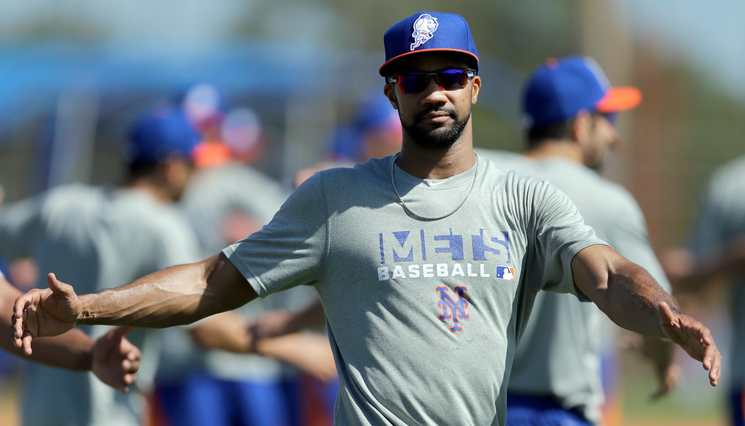 It didn’t work out for Chris Young this year with the Mets. Now the Yankees are hoping a trip across town will rejuvenate the 30-year olds’ career.

The Bronx Bombers signed Young, who had been released by the Mets on August 15, today to a minor league contract. Young was slashing .205/.283/.346 when he was let go.

The Mets will be responsible for the rest of Young’s $7.25 million dollar contract, minus the pro-rated minimum which the Yankees will pick up. He will report to the Yankees triple-A Scranton/Wilkes-Barre RailRiders, but is a good bet to be on the big club next week when rosters expand.

The Yankees outfield is already pretty crowded, with Jacoby Ellsbury and Brett Gardner entrenched in center and left and then Carlos Beltran, Ichiro Suzuki, Martin Prado playing right field and DH-ing. The recently recalled Zealous Wheeler has also seen time in right earlier this season. Gardner has been dealing with a right ankle injury this week, and perhaps that was the impetus behind the Young signing.

Once upon a time, Young looked like budding star, posting 10.4 WAR between the 2010 and 2011 season, thanks to great D in center and a nice power/speed combo.

But he’s always had trouble making contact, and that began to catch up to him in 2012. He then struggled with a .200 batting average in 2013, and it was somewhat surprising the Mets gave him $7.25 million this offseason, albeit in a one year deal.

Now he’s the property of the Yankees. And if he does get called up this week as is expected there will again be an even number of Chris Youngs in Major League Baseball, and all will be right with the world.