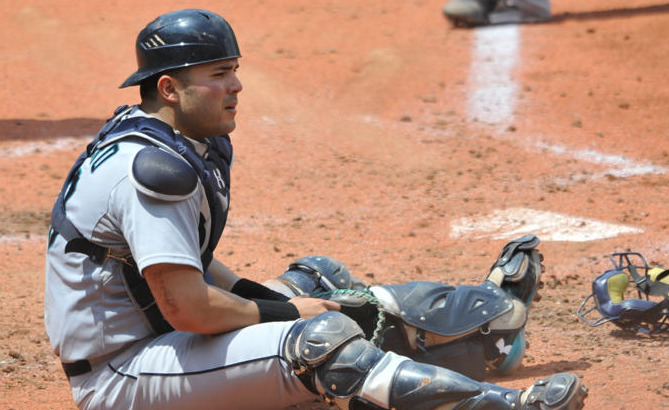 They call the equipment the catcher wears behind the plate “The Tools of Ignorance,” because one has to be foolish to play a position which requires so much protective gear.

Or perhaps it helps to be a bit crazy.

Mariners catcher Jesus Montero has been at the organization’s A-Ball Everett club, rehabbing an oblique injury. The 24-year old hasn’t been playing, and was coaching first base when he began being heckled from the stands. Oddly, the heckler was none-other-than one of the Mariners scouts.

When Montero left the field at the inning’s end, the scout began yelling “rapido, rapido,” which means faster in Montero native tongue of Spanish. This seemed to in reference to a reputation Montero has for not hustling.

Not very subtle. Even less subtle was the unnamed scouts next move; he sent a Montero an ice cream sandwich, a clear dig at the weight problems that have kept the former top prospect in triple-A for most of the year.

In that context maybe Montero’s response wasn’t so crazy . The 6-3 inch 240+ pounder went into the stands with his bat and throw the ice cream sandwich in the scout’s face. He was restrained by an Everett coach before things got really ugly.

While this is another dark chapter in Montero’s rapidly declining career, one has to wonder what in the world is going in in the Mariners organization. GM Jack Zduriencik just got himself a contract extension, but it’s clear he’s not running a very tight ship.

But we guess a surprise winning season trumps a rouge scout in the eyes of the Mariners ownership.

You see the 24-year old wears perform behind the plate and, apparently, the umpires love it. It’s a trick he picked up from teammate Alicdes Escboar.

“I learned that from Alcides, because every time he plays, he uses Victoria’s Secret. So one day I said, ‘Alcides, let me try it,” he told KSHB-TV. “In the first inning, the umpire says, ‘You smell good, Salvy.’ I said, ‘Thank you.’ And that game, I hit a ball and everything, so I started to use it every day. Now I use Victoria’s Secret every time.”

Actually, that not quite true. Perez later admitted he will occasionally mix it up with Chanel.

But whatever he’s using, it’s working. The unheralded Royals pitching staff is fifth in the league in runs allowed, and Perez ranks highly as a pitch framer.

Perhaps the perfume reminds the umpire of their wives or girlfriends. Given the size of many of the men in blue getting behind the plate smelling like an ice cream sandwich may induce a similarly positive reaction. 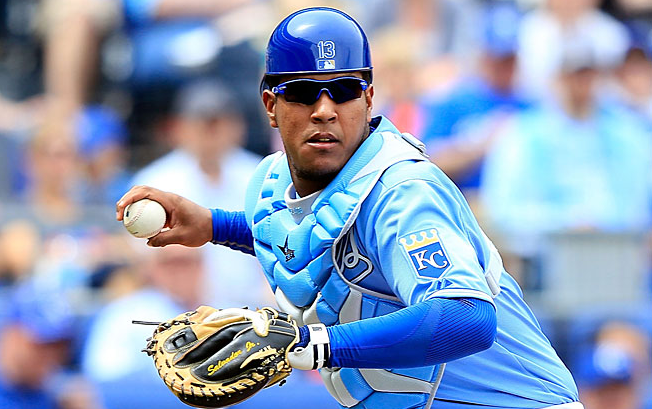