David Wright Shutdown For The Season. Who Else Will Soon Be? 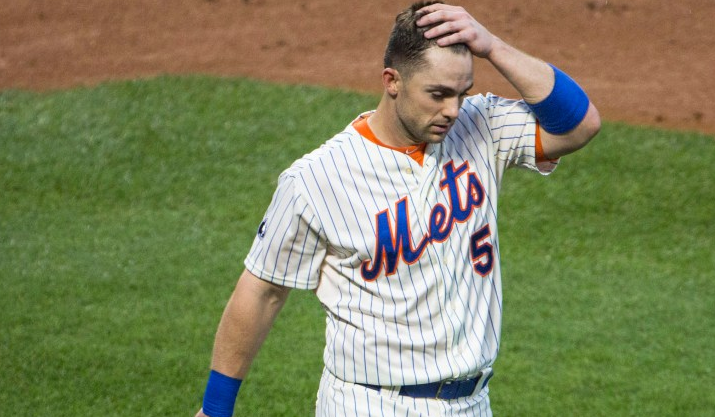 With less than three weeks left in the baseball season, all sorts of aliments can become season ending. Especially if the injured or exhausted player’s team is out of the playoff picture.

Yesterday two prominent players — David Wright and Drew Smiley — were officially shut down for the season. A handful more might face a similar fate. We breakdown who’s just been declared out, and who may be out for the rest of 2014.

David Wright
The Mets third baseman will be shut down with a left rotator cuff inflammation. After playing on a Hall of Fame level his first five seasons, Wright’s numbers started to dip precipitously in 2009 — a decline widely attributed to the dimensions of the Mets’ new ballpark Citi Field. His numbers perked up again in 2012, when the Mets moved the fences in. However he had his worst season as a pro in 2014, battling shoulder issues all season. His performance (and his bulky shoulder) must be making the Mets brass very nervous, because they owe the 31-year old $107 million over the next five seasons.

Drew Smyly
The Rays acquired Smyly, along with Nick Franklin, in the David Price deal. Smyly’s always had great stuff, but the 25-year old was never really able to break out of the fifth starter/swingman role he had in the stacked Tiger’s rotation. Since the deal, the left-hander has actually outperformed Price. The Rays decided to shut him down because he’s pitched his Major League high in innings, and they may as well save him for next year when the hope to be back to their role as plucky contenders.

Dustin Pedroia
Let’s talk about wo weird the big-budget Red Sox have played over the last several seasons: A World Series victory sandwiched between two last place finishes. Their star second baseman hasn’t been much of help in salvaging their 2014 seasons. Pedroia’s posting a career low in most offensive categories and is OPSing 674 during the second half of the year. A bad wrist is likely contributing to his poor show at the plate, and the Red Sox are likely on the verge of shutting him down for the season with that injury.

Jimmy Rollins
Quick. Who’s been the second best shortstop in baseball in 2014 according to bWAR. Yup, it’s Rollins. (We’re giving it away be the heading.) The rejuvenated 35-year old tweaked his hamstring legging out a triple on Monday, and while manager Ryne Sandberg says it’s “day-to-day,” Rollins didn’t seem as optimistic. Don’t be shocked if we don’t see J-Roll again until 2015.

Brett Gardner
Right now, Gardner’s status is “out indefinitely” with a strained lower abdominal. The Yankees are hanging on by a thread in the wild card race, and a few more losses in the next week and they are down for. If Gardner can’t return before then, it’s unlikely he will at all.

Ryan Braun
After being a near certainty for the playoff a few weeks ago, the Brewers are now a game-and-a-half out of the final playoff stump. Ryan Braun’s poor play has been a big part of their sudden implosion. Manager Ron Roenicke admitted yesterday that his slugger’s chronic thumb condition is now affecting his whole hand. Braun, who’s OPSing 677 since the All-Star break, sat out a few games in the past week, and it’s starting to look like the Brewers may be better off shutting down the 2011 MVP completely. 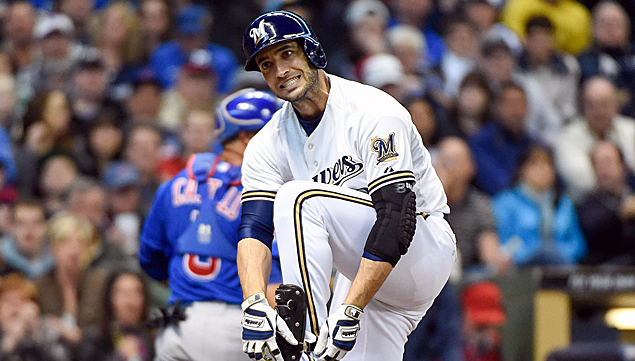