How Do You Like MLB’s New Replay System So Far? 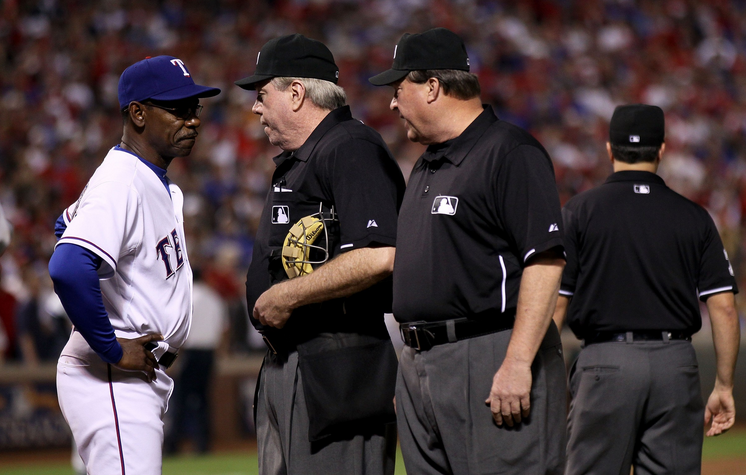 If you been watching baseball over the last couple days, you’ve seen that MLB’s new replay system has already become very much a part of the game.

How it is works is that a manager gets at least one challenge over the first six innings. If he wins that challenge he gets another. After the sixth inning a manager can use any remaining challenges or he can request the umpires review a close play. Unless the umps are quite confident they got the call right they probably will. The replays will be viewed by a team of umpires in MLB’s centralized Replay Operation System. Plays that can be reviewed include force plays, tag plays, trap plays in the outfield, fair/four in the outfield, timing plays on whether a player scored before the third out is made, ground rule doubles, fan interference, stadium boundaries and record keeping (balls/strikes etc.)

What can’t be reviewed are balks, the “neighborhood play,” check swings, tagging up on fly balls and balls and strikes.

The review process is supposed to take between 60 and 90 seconds, and so far it’s been a bit longer than that. However a goal of around 90 seconds could be realistic once everyone gets more comfortable with system.

On Tuesday night we saw the good and the not-so-good of the new replay system.

The good happened in Arlington, Texas during the Phillies Rangers game. In the sixth inning Philadelphia had runners first and second with nobody out and one run in — the first run of the game. Pitcher Martin Perez appeared to pick Phillies center fielder Ben Revere off of second base, but the ump called him safe. Ranger Manager Ron Washington challenged the play and Revere was correctly called out. The Phillies scored one more run in the inning, but if Revere had been ruled safe they would have scored at least two more and probably three. The Rangers ended up winning the game 3-2.

Things didn’t go quite as well for replay at Chase Field, where the Diamondbacks were taking on the Giants. In the fourth inning Arizona outfielder A.J Pollock appeared to have been caught leaning off of first base by Giant’s pitcher Matt Cain. When the umpire ruled him safe, San Francisco manager Bruce Bochy challenged. Replays showed a razor close play at the bag — not conclusive enough to overturn.

Having lost the challenge, Bochy wasn’t able to protest a few pitches later when Pollock scored on a close play at the plate on a wild pitch. Replays show Cain conclusively tagged Pollack out after a nice throw from catcher Buster Posey. Arizona went on to win the game 5-4. 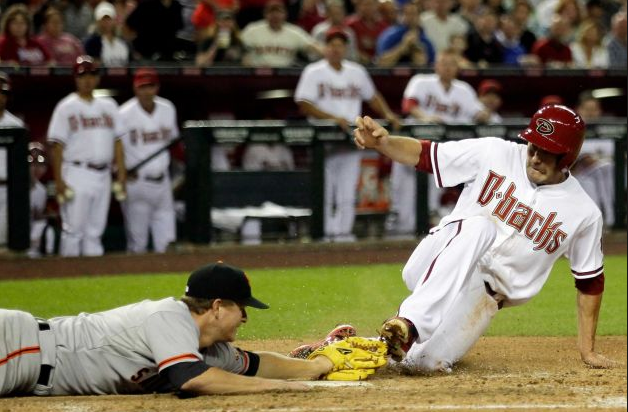 Another thing we’ve notice with replay is it encourages managers to go onto the field whenever there is a remotely close play, buying time for their dugout to check it out on the monitor and tell them if they should challenge.

Now even before replay managers would often come out of the dugout to “discuss” close calls. But the new replay system seems to ensure that they will do this on every play that isn’t clear cut, lengthening the game significantly even if the actual challenge time is whittled down to about a minute.

What do you think? Is the new replay system going to make baseball games too long or is that a small price to pay for getting it right?