Robinson Cano To Be Booed. How Did Other Free Agents Fare On Their Return? 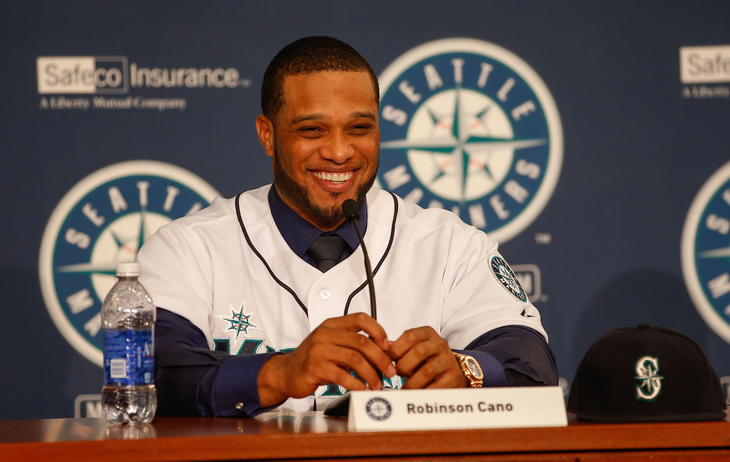 It’s a safe bet Robinson Cano is going to get booed Tuesday night when he comes back to Yankee Stadium for the first time since signing a 10-year, $240 million deal with the Seattle Mariners. Cano even had a some fun with this inevitability during a Tonight Show sketch which had Yankee fans boo a cardboard cutout of Cano, only to then be confronted with the real thing.

The Bronx isn’t the only place you will get the Bronx Cheer after leaving a team for free agent dollars. Below we’ve tracked the crowd reaction to the other big money free agent flippers over the last couple of decades.  Not included are players who had been traded right before their free agency. (Think Matt Holliday, C.C Sabithia, Adrian Gonzalez etc.)

Greg Maddux: After winning his first Cy Young in 1992 for Chicago, Maddux signed with the Braves. According to the Hall of Famer, he never got a formal offer from the Cubs. But either the crowd at Wrigley didn’t know that or they didn’t care, because Maddux got a hardy Bronx Cheer. “I pretty much knew it was going to happen,” he said of the booing. Maddux won the game 1-0. He also didn’t harbor any bitterness, because he signed with the Cubs again later in his career.

Barry Bonds: The other big 1993 free agent signing, Bonds went from Pittsburgh to San Fransisco and was greeted with boos and a bucket of fake dollars when he returned to Three River Stadium in April of 1993. He went 2-4 with a double. Bonds got a more mixed reception from the Pirates crowd in April of 2014 when he presented Andrew McCutchen with his MVP award.

Albert Belle: Belle was booed mercilessly, serenaded with his real name of “Joey,” and had fake money thrown at him when he returned to Cleveland in 1997 after signing with the Chicago White Sox. Belle had stunned Cleveland by signing with Chicago, who topped the Indians’ record free agent offer for the slugger. Belle responded by going 3-5 with a home run in the White Sox 9-5 victory. He also flipped the fans the bird on the way off of the field because this is Albert Belle we’re talking about.

Manny Ramirez: Some in the sellout crowd at Jacobs Field brought signs like “Money Ramirez” and “Show My The Manny.” But overall, Ramirez, who had signed with the Red Sox before the 2001 season, got a much kinder welcome back to Cleveland than Belle had. “It doesn’t matter,” Ramirez said. “If they want to cheer me that’s fine. If they want to boo me, that’s fine. My fans are in Boston now so I have nothing to worry about.”

Alex Rodriguez: A-Rod was jeered with Lebron-like animus and showered with fake money when he returned to Seattle in 2001 after signing with the Texas Rangers. “I don’t think it was animosity,” Rodriguez said. “I thought they were loud and not throwing things and supporting their team. I thought it was fun.” Years later, we realize those comments come from a deeply delusional place.

Johnny Damon: He was a beloved “Idiot” for four years, including a World Series title. But the crowd at Fenway made sure to let Damon know how much they disproved of his new digs when he returned as a Yankee in 2006. “The fans aren’t booing me,” Damon correctly surmised. “They’re booing the uniform I’m in.” 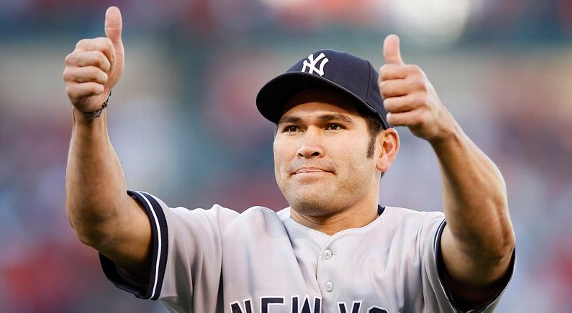 Carl Crawford: The Rays were never going to match the Red Sox lucrative offer to Crawford, and that’s why Crawford got a mostly positive response from the crowd at The Trop when he first returned in June of 2011. If he ever comes back as a Dodger, Rays fans should give him multiple standing Os and be grateful their team doesn’t have to pay his terrible contract.

Jayson Werth: Did Philly fans boo Jayson Werth after taking the money and flipping to their division rival Nationals in 2011? Does a bear piss in the woods? They continue to boo him eight to ten teams a year.

Josh Hamilton: The 2010 MVP was booed pretty consistently by the sellout crowd at the Ballpark in Arlington during his April of 2013 return. He had made the situation worse by referring to Dallas as a “football town” after he signed with the Angles. Hamilton should have been used to be being booed by the Ranger crowd; they had already turned on him after a lousy finish to the 2012 season, which ended with him going 0-4 in a loss to the Orioles in the Wild Card game.

Jacoby Ellsbury: He might have helped the Red Sox to a World Series win in 2013, but the Fenway fateful couldn’t got over the center fielder’s pinstripes when he returned early this season after signing with their rival Yankees. Although he was booed before each at-bat, the crowd did have the decency to cheer him during a second inning video tribute to years in Boston.