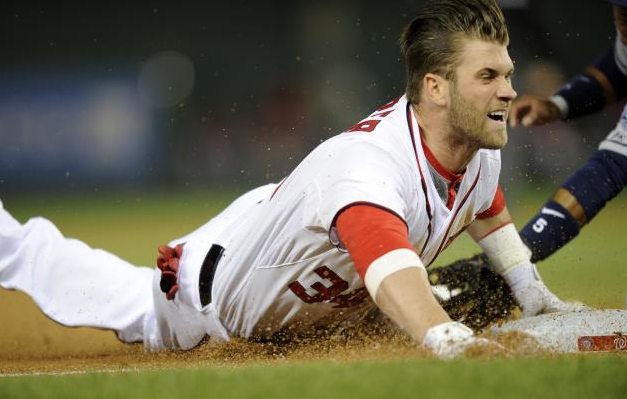 Baseball’s year of bad thumbs continues with word out of Washington that Bryce Harper is being placed on the 15-day disabled list for a sprain to his most important digit. Harper will get a second opinion on the injury today or tomorrow, but at this point the Nationals suspect the injury is similar to the one suffered by Angels outfielder Josh Hamilton, who is expected to miss six-to-eight weeks.

For his part, Harper remains optimistic. “Hopefully, the 15 days go by and I’ll get back out there,” Harper told the Washington Post. “We’ll see how I feel in 15. … I’m not really worried too much. I’m just trying to get my treatment and see where I’m at.”

Harper was off to a bit of a slow start and thumb injuries can be tricky; fantasy owners should temper their expectations even if Harper does come back in the minimum. He’s still just 21-years-old, but the injury-prone left-fielder is already beginning to accumulate a long list of maladies. He was a popular late first round or second round fantasy pick in 2014, however until he proves he can stay on the field we’d draft him lower than that going forward.

Chris Davis to the DL

Harper wasn’t even the biggest weekend injury in the Mid-Atlantic this weekend. The Orioles also placed their big-name slugger, Chris Davis, on the DL. He has an oblique injury — which almost always takes longer than the 15-days to heal. Davis had been an April disappointment, slugging a paltry .382 after his 53 home run break out in 2013. Davis’s 2013 season wasn’t completely out of nowhere; he did hit 33 homers in 2012. Still, the 28-year-old simply doesn’t have very long track record of being a fantasy relevant player. If you own him it’s officially time to freak out.

It was a scary scene in Milwaukee Saturday when Ryan Braun hit teammate Jean Segura in the face with his bat. No, the much-maligned rightfielder hadn’t gone full heel by fraking his own teammate. Segura was the victim of the backside of a Braun practice swing. There was all sorts of blood, but it looks like Segura got away without a concussion or a fracture.

One could argue Braun was trying to take Segura out of his misery; after a terrific rookie year the shortstop was hitting .239 with no power while leading the league in caught stealing. Segura is listed as day-to-day, and this would be a good time for his owners to find another full-time option at short if they haven’t already.

After smacking Segura, Braun suffered karmic retribution though an intercostal (rib cage) strain which kept him out of Sunday’s game. He is expected to miss the next two-to-five days, and a trip to the DL isn’t out of the question. Braun has been raking, despite a numb thumb and (presumably) no more PEDs, so this is bad news for his owners. 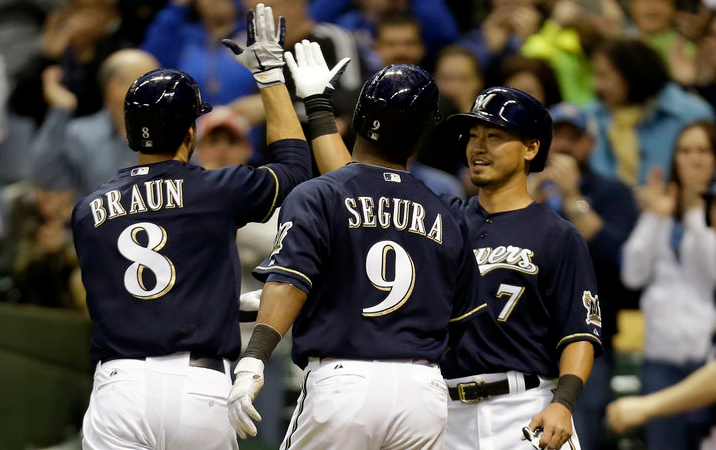 Big changes in Pittsburgh, where Mark Melancon replaces injured closer Jason Grilli, and in Anaheim, where Joe Smith takes over for the ineffective Ernesto Frieri. Melancon is a must add. He has closer stuff, Grilli’s injury is to his oblique — so he should be out for at least a month — and the Pirates play a ton of close games.

Smith’s also worth a flyer. However, we’re not sure his stuff plays in the ninth inning and suspect the Angels will give Frieri every opportunity to win his job back. The fireballing righty has already pitched two clean frames since his demotion.

Jose Veras,  demoted as the Cubs closer a couple weeks ago, was also placed on the disabled list over the weekend. We still don’t know, however, who is closing for the Cubs since the team won’t say and also have a maddening knack for avoiding save situations. Pedro Strop and Hector Rondon are the usual suspects and become more attractive adds with Veras completely out of the way.

The Houston closer situation is a complete mess.  Josh Fields keeps getting opportunities to grab it, but keeps blowing them spectacularly. Now they are using journeyman left-hander Raul Valdes in the ninth. That won’t end well.

Finally, Daisuke Matzsuzaka picked up a rogue save for the Mets on Thursday with Kyle Farnsworth unavailable. We discussed Dice-K at length earlier in the week. If you believe in the inevitable Farnsworth implosion, as we do, monitor Matsuzaka closely.