Will Daisuke Matsuzaka Be The Next Great Closer?

Yu Darvish and Masahiro Tanaka have each lived up to their NPB reputations and more. That hasn’t always been the case with high-priced Japanese imports. Who could forget the late Hideka Irabu, George Steinbrenner’s least favorite “fat toad.” Then there was Daisuke Matsuzaka. The $103 million dollar man got off to a decent start with the Red Sox, going 18-3 in 2008. But it’s been downhill since.

For the 2014 season, Mets manager Terry Collins moved Dice-K into the bullpen. So far so good; the 33-year-old has pitched 4.1 innings giving up one run with seven strikeouts.

Now there is talk Matsuzaka will be the Mets next closer.

“No question about it,” Collins said, when asked if the right-hander had what it takes to handle the ninth inning.

That doesn’t mean Matsuzaka will be closing for the Mets anytime soon. At the moment Collins seems on the fence about whether to use him in a classic set-up role  or prepare him for the rotation. So fantasy owners shouldn’t be scooping up Dice-K just yet. (We certainly can’t recommend using him as a starter, if it comes to that.)

After Bobby Parnell went down, the Mets were forced to go with washed up closer Jose Valvarde. When he inevitably faltered, they tapped the equally washed up Kyle Farnsworth for the ninth.

If he can’t perform — and we’re not betting on it — Dice-K comes into play.

At first blush, giving a guy with a 5.68 ERA since 2008 the most important job in the bullpen is a bad idea. However, when you consider the history of taking mediocre starters with good stuff (like Matsuzaka), and putting them in one-inning roles it suddenly seems like a good — perhaps even inspired — move.

Mariano Rivera‘s ERA was above 5.00 is his early career starts. Eric Gagne could barely keep a spot in the Dodgers rotation before going on the most dominant run of closing in Major League history. As good as Dennis Eckersley and John Smoltz were as starters, they were even better once put in the pen.

A more recent comp for Dice-K would be Twins closer Glen Perkins. The 31-year-old was below average as a starter in 2008 and 2009. The Twins eased him into the pen in 2010 and by the middle of 2012 he was one of the best closers in baseball, and has been ever since. 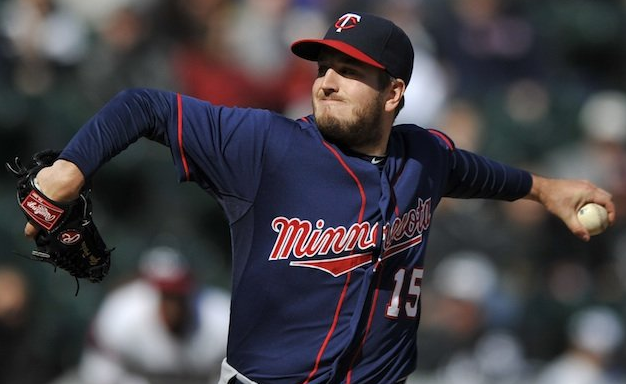 Matsuzaka does struggle with his control. A problem that will stand out even more in the ninth inning with the game on the line. However relievers with Dice-K’s level of stuff can typically get by with two pitches. As a closer, Matsuzaka, who currently throws a four-seamer, two-seamer, cutter and slurve, will be able to limit his repertoire to the pitches he can control.

Mets fans should welcome the concept of Dice-K the closer. Fantasy owners should add the pitcher to their watch list.

What do you think about Matsuzaka’s closer potential?