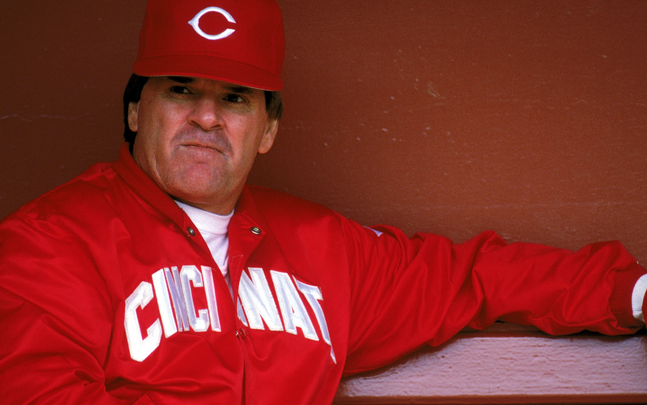 The big news in sports this week is the lifetime ban NBA commissioner Adam Silver slapped Los Angeles Clippers owner Donald Sterling with. Sterling isn’t the first sports figure to get that maximum punishment. Approximately 40 baseball players have been banned for life, although a good chunk of them were later reinstated. Most of the banned are obscure late-19th century and early 20th century figures who got the boot for gambling-related offenses. We’ve compiled a list of baseball longest suspensions and most significant lifetime bans below

Longest bans for having a cork bat:
There is no evidence having a corked bat improves hitting. Nevertheless, six players in Major League history have been suspended for using one. The longest suspension has been for ten games, which has happened twice

Billy Hatcher: The Astros outfielder was banned ten games in 1987 for a corked bat. He claims he was borrowing it from his teammate, pitcher Dave Smith

Craig Nettles: Blaming your cheating on a pitcher is one thing. But Nettles took his excuse to the-dog-ate-my-homework levels of ridiculousness when he was caught with a corked bat in 1974. The Yankees third baseman said the bat was a gift from a fan. A fan who obviously didn’t think a lot of Nettles’ hitting.

Longest ban for manipulating a baseball:
Unlike corking a bat, there is evidence scuffing or applying a slippery substance to a baseball does benefit the cheater. Four times a pitcher has been suspended ten days for such ball doctoring.

Michael Pineda: The Yankees hurler recently received a ten game ban for using pine tar on a baseball. Pineda had actually been caught by the Red Sox broadcasters taring up the ball a couple weeks earlier, but the umpires didn’t noticed. While the uproar that ensued over his unpunished cheating should have made him more careful, the right-hander didn’t learn his lesson and ended up getting caught shortly after with an obscene amount of the goop on his neck.

Gaylord Perry: Perry made no bones about how much he cheated during his Hall of Fame career. He even called his autobiography — which he wrote while he was still playing — “Me and My Spitter.” Finally, in 1982, his 21st year, an umpire caught Perry doctoring a ball. Actually, ump Ron Luciano didn’t bust Perry in the act of applying Vaseline, rather he ejected him for being in possession of a doctored ball, which led to a ten game ban.

Joe Neikro: The younger and slightly less successful of the knuckleballing Neikro brothers was busted in 1987 when the umpires noticed his signature pitch was fluttering even more than usual. When they checked his pockets an emery board famously came flying out, and he was sentenced to 10 days of no pitching. 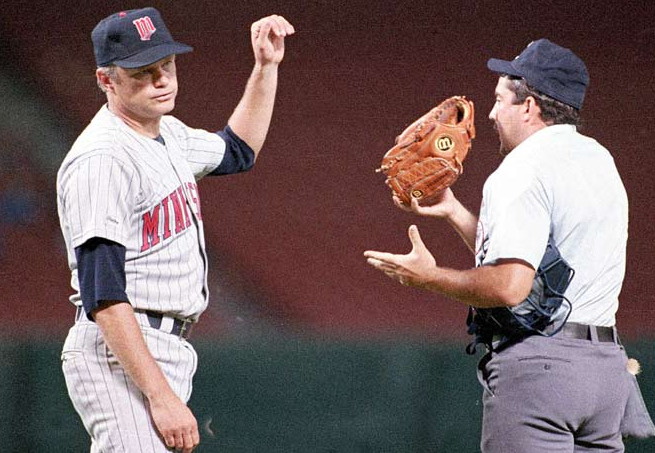 Kevin Gross: That same year Phillies pitcher Kevin Gross was caught with sandpaper on his person and was forced to miss a couple starts.

Ryan Braun, 65 games: The former MVP beat a 2011 positive test for PEDS in court, but didn’t even put up a fight when his name was found on the Biogenesis documents. His punishment was to miss the rest of the 2013 season, which amounted to 65 games.

Manny Ramirez, 100 games: The unpredictable slugger was first busted in 2009 for testing positive for a fertility drug. Since Manny probably wasn’t trying to get pregnant, it was assumed he was using it as masking agent for steroids. He received 50 games for that, and then 100 games when he had another positive test in 2011.

Miguel Tejada, 105 games: The infielder has been long tied to steroids, and served a 10-day suspension for a positive test in 2005. But it was actually the stimulant Adderall that did him in in 2013, leading to a 105-game ban as a repeat offender.

Alex Rodriguez, 211 games reduced to 162:  Despite admitting to and testing positive for steroids multiple times A-Rod he went through most of his career unpunished, due to the collective bargaining agreement at the times of his positive tests. This made Rodriguez something of the white whale of steroid abuse. The league finally got him in 2013, thanks to the Biogenesis documents. The Yankee third baseman was initially banned for 211 games, but that was reduced to 162 — all of 2014 — by an arbitrator.

Suspended for other offenses:
Frank Francisco, 16 games: During an argument between his bullpen mate and a fan, then-Texas Ranger Francisco jumped in and threw a folding chair into the crowd. It hit a woman in the face, resulting in a gash that required stitches. Francisco was banned for the reminder of the 2004 season, or 16 games. He also plead no contest to assault charges and received community service.

Kenny Rogers, 20 games reduced to 13: In 2005, Rogers was hit with a 20 game suspension after shoving a pair of cameraman, who didn’t even provoke him by making joke about the famous singer who shares his name. The ban was eventually knocked down to 13 games in arbitration.

John Rocker 28 games reduced to 14: Rocker touched off a firestorm by making homophobic and ethnically insensitive comments that were published in the December 1999 issue of Sports Illustrated. He was initially hit with a 28 game suspension but it was later reduced to 14. Given the cataclysmic reaction to Sterling, it looks like he got off easy.

Lenny Randle 30 games: Annoyed about losing his starting spot in spring training of 1976, Texas Ranger Lenny Randle slugged his manager Frank Luchessi in the face. The blow broke his skipper’s check bone in three places and sent him to the hospital for a week. After serving his suspension, Randle was traded to the Mets.

Pete Rose 30 days: The 30 days Pete Rose received for bumping an umpire in 1988 is the longest punishment ever imposed on a manager for on-the-field actions. It is not, however, the longest ban imposed on Pete Rose.

Benny Kauff, life: In 1920, New York Giant Benny Kauff was arrested for stealing a car, painting it, and reselling it. (Cars were a lot easier to steal in 1920, we’d imagine.) Although he was ultimately acquitted of the crime, baseball commissioner Kenesaw Mountain Landis decided to ban him for life anyway, reasoning that Kauff’s now-questionable character could impugn the integrity of the game. It was a different time.

Eight Chicago “Black Sox,” life: Of course Landis’s most famous scalps were of the eight members of the Chicago White Sox who were accused of conspiring with gamblers to throw the 1919 World Series. “Shoeless” Joe Jackson, ringleader Chick Gandil, Swede Risberg, Buck Weaver, Happy Felsch, Eddie Cicotte, Lefty Williams, and Fred McMullin were all acquitted by a court of law, but most of them admitted to at least having knowledge of the fix. That was enough for Landis, who banned them all for life. (Although Landis was a judge before becoming commissioner, he certainly didn’t seem to respect due process.)

Fergie Jenkins, life, reduced to about a month: Commissioner Bowie Kuhn slapped Jenkins with an lifetime ban after the Hall of Fame pitcher was caught in a Toronto airport with cocaine, marijuana and hashish in August of 1980. Thanks to independent arbiter, the baseball death sentence turned into nothing more than a few weeks vacation and the Hall of Famer was pitching again by the end of the season.

Steve Howe, life reduced to about a half a year: Left-handed relief pitcher Steve Howe would be suspended seven times for drugs — mostly cocaine — during his 17-year career. In 1992 he became the second player, following Jenkins, to be banned for life for drugs. Like Jenkins, they didn’t really mean it, and he was back pitching in less than a year.

George Steinbrenner, life reduced to two and half-years: Yankee owner George Steinbreer was permanently banned from day-to-day operations of the team in 1990 for paying a gambling $40,000 to dig up dirt on his star outfielder Dave Winfield. In this case the “lifetime” ban lasted almost three years.

Pete Rose life, enforced. Lifetime bans have been fairly meaningless since the days of Landis. That is besides the one slapped on all-time hit king Pete Rose in 1989 for gambling on baseball, including his own team. (He says he always picked the Reds to win.) Rose is still forbidden to take part in MLB activities and has been kept out of the Hall of Fame.

Marge Schott, pushed to sell team: Most analogous to Donald Sterling is Marge Schott, the Cincinnati Reds owner who received a one year ban in 1993 and a two-year ban in 1996 for insensitive comments about blacks, Jews, Asians and homosexuals. The league also pushed her to sell the team in 1999, which she did. 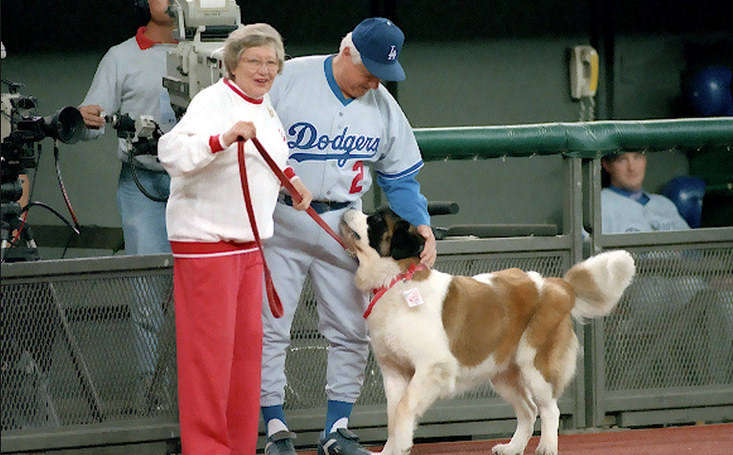