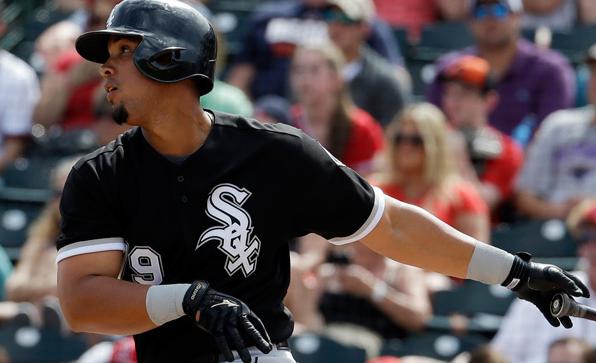 The first month of the Major League season is in the books. Here are the players who’d be taking home the award hardware if the season only happened to be a month long.

American League MVP
Jose Abreu: The big-money Cuban import has so far proved a bargain for the White Sox, and is the main cog in lineup that is unexpectedly ripping the cover off all baseballs. Abreu, whose 10 home runs and 32 RBIs in April were both rookie records, does strikeout a lot. So we doubt he will be able to keep up this pace when pitchers adjust to his free swinging ways. However, his production could fall off quite a bit from his early pace and he’d still be the real deal.
Runners up: Mike Trout, Albert Pujols.

American League Cy Young
Sonny Gray: There must be something in the water in Oakland (or maybe it’s all that foul territory), as just about any pitcher who puts on the green and gold puts up numbers — from has-been Scott Kazmir to never-has-been Jesse Chavez. 24-year-old Sonny Gray comes to the As with plenty of pedigree; he was a number 1 pick and a top minor league prospect. The little right-hander was dominant in his rookie half-season of 2013 and has been even better so far in 2014. Gray’s 4-1 record and 1.76 ERA are a big part of Oakland’s American League leading ways.
Runners up: Max Scherzer, Yordano Ventura.

American League Rookie of the Year
Jose Abreu: Neither Abreu or Masahiro Tanaka are traditional rookies. And both have well exceeded their lofty expectations during their first month. Tanaka still hasn’t lost a game on any continent since 2012, and boasts a strikeout rate of 11.6 per nine innings. In any typical year he’d be the easy rookie of the month winner, but finished runner-up thanks to Abreu’s record breaking ways.

National League MVP
Troy Tulowitzki: The thin air of Denver has made previously obscure center-fielder Charlie Blackmon into the the National League’s version of Mike Trout and has resurrected the concussion-plagued career of former MVP Justin Morneau. Tulowitzki can hit anywhere. The Rockies early season offensive explosion just highlights how amazing the shortstop — who’s hitting .364 with seven homers and terrific defense — is when he’s healthy.
Runners up: Blackmon, Justin Upton

National League Cy Young
Jose Fernandez: Adam Wainwright and Zack Greinke — two of the biggest name pitchers in the National League — are both off to their best starts ever. Still, the choice of Fernandez is an easy one. The Cuban sensation was probably the best pitcher in baseball during his rookie year in 2013. In 2014 he’s even better and has become appointment television: Will the Marlin strikeout 20? Make an amazing play in the field? Hit a home run? Get traded to the Yankees in a preemptive cost-cutting move?
Runners up: Wainwright, Greinke

National League Rookie of the Year
David Hale: The National League rookie class is a bit weak, with Billy Hamilton struggling to get on base, George Springer struggling at everything, and Gregory Polanco still in the minors. Hale is among the trio of young starters who are keeping the Braves in first place despite the arm-apocalypse that decimated Atlanta‘s staff right before the season began.