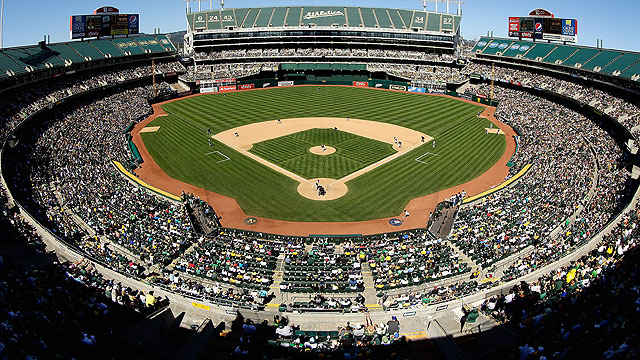 The A’s entered the American League in 1901 as the Philadelphia Athletics. They are currently in the league’s West division and play at O.oc Coliseum in Oakland. Their team colors are green, gold and white.

The Philadelphia Athletics were one the original eight American League franchises and initially the most successful. They won the World Series in 1910, 1911 and 1913 behind the “Million Dollar Infield” of Stuffy McInnis, Eddie Collins, Jack Berry and Home Run Baker, and pitchers Eddie Plank, Chief Bender and Jack Combs.

The A’s lost in the World Series in 1914, and after that team manager and part owner Connie Mack began dumping all his high priced players and for the next decade the suddenly hapless A’s became the joke of the league. 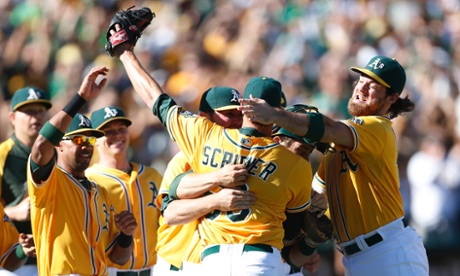 However the A’s would rise again in the late 20s, still under Mack. Their Hall of Fame core of Jimmie Foxx, Al Simmons, Mickey Cochrane and Lefty Grove would the win World Series in 1929 and 1930. But Mack’s only source of wealth was the team and with The Great Depression under way he sold off Simmons, Cochrane, Foxx and Grove. The team spent just about all of the next twenty years in the cellar.

By the mid fifties the As were bankrupt as well as being awful, and that facilitated a sale of the team and a move to Kansas City in 1955. The Kansas City A’s were just as bad as the recent Philadelphia club and they moved to Oakland in 1968 without even sniffing a winning season during their time in the Midwest.

With a young team centered around Reggie Jackson, Sal Bando and Catfish Hunter, The As posted a winning record their first year in Oakland. Then, with the help of more recent additions Rollie Fingers, Gene Tenace and Vida Blue, the A’s ran off three straight World series titles between 1972 and 1974.

Unfortunately for the As new Bay Area fan base, Charlie Finley, who had bought the team in the sixties and moved it to Oakland, did a Connie Mack impression and by 1978 had either sold all of his big name players or allowed them to depart through free agency. It was back to the cellar for the roller coaster A’s and back to the top again in 1988,when Bash Brothers Mark McGwire and Jose Canseco led the As to their first of three straight World Series appearances, including a 1989 championship.

After some tough years, the “MoneyBall” A’s of 2000 to 2006 won an awful lot of regular season games, but only one playoff series. General manager Billy Beane’s sabermetric ways have also been a hit in 2012 and 2013, with the small-budget A’s capturing the American League West both seasons. 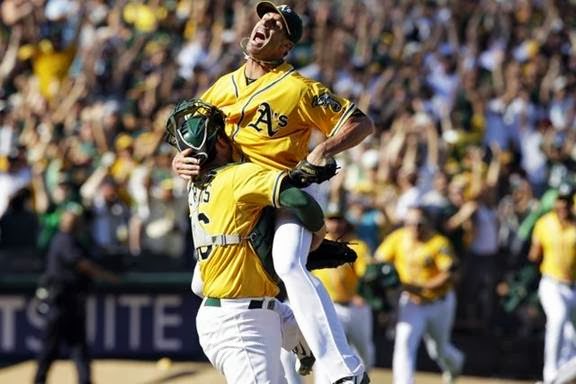 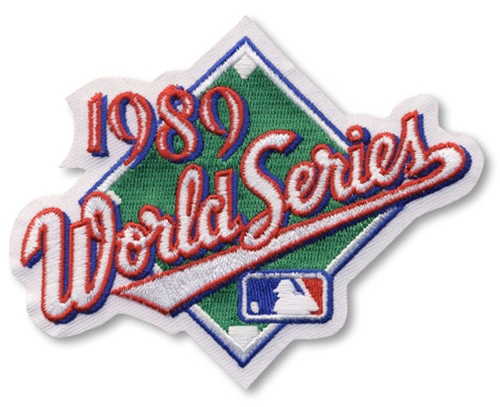