Were The Marlins Stealing Signs During Their Three-Game Sweep Of The Braves? 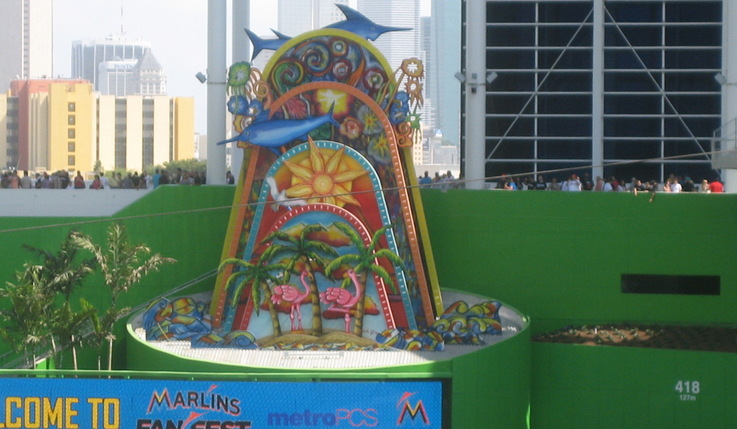 Unexpectedly, the National League East has been baseball’s best division, with all five teams at .500 or above. The Miami Marlins got to the fifty percent mark Thursday by sweeping past the division leading Braves.

It was a huge three game series for the Marlins, whose roster features two bona fide young superstars in Giancarlo Stanton and Jose Fernandez as well as interesting up-and-comers Christian Yelich, Marcell Ozuna, and Nathan Eovaldi. But the team doesn’t have a lot of depth beyond that, and few predicted they would finish anywhere besides the cellar.

On Thursday, Fredi Gonzalez and the Atlanta Braves threw a bit of cold water on the Marlins hot start by raising suspicions of sign stealing.

“If you would have taken a look at our dugout at one point in the game, it was like the fourth or fifth inning, they were hitting balls everywhere, we got three guys looking at the scoreboard,” the Braves manager said of Wednesday’s match up, in which the Marlins roughed up Braves starter Aaron Harang. “You got two guys looking at their bullpen. I’m calling [bullpen coach] Eddie [Perez], ‘Eddie do you see anything?’ I’m looking at Gattis, thinking he’s maybe tipping his pitches. Carlos [Tosca] is looking in the bench over there, maybe somebody is whistling or something.” 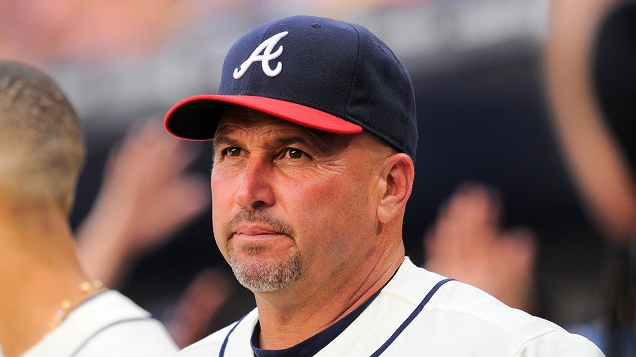 “It was baffling, like, where were these guys last week? They were way too comfortable,” Harang added. “It seemed like they were all hitting like Ted Williams.”

What had the Braves particularly curious was the Marlins large and bizarre center field home run sculpture. The $2.5 million work of “art” is the scourge of players, who think it messes with the batter’s eye, and fans, who think the garish, art deco tower of colors doesn’t belong in a baseball stadium — or really anywhere where people will be forced to look at it.

But what if the home run sculpture’s flashing lights and palm trees are there to obscure a small camera pointed at the opposing teams catcher? Suddenly the monstrosity in center is starting to make sense.

And what did the Marlins say about the Braves suspicions of sign stealing?

“I’m not going to say it’s never happened in the history of the game before,” Marlins third baseman Casey McGehee said. “But we’re not splitting any atoms, let’s put it that way.

So that probably rules out operation modern art.

Ultimately, Gonzalez, who once managed the Marlins, backed off of the accusation.

“Yeah, you have this conspiracy theory, but at the end, we came up with nothing,” he said to reporters on Thursday. “At the end of the day, they didn’t miss the pitches. They were right there.”

Harang did see his ERA jump from .85 to 2.79 after being shelled for nine runs in 4.2 innings. But that could have less to do with sign stealing and more do to with him being, well, Aaron Harang.

“They were looking bad on some pitches and they were standing up on some other ones like they knew what was coming,” Harang explained. “I’ll go back and watch tape and see if it’s maybe something I’m doing.”

Sign stealing is as much a part of baseball as crackerjacks and strained obliques. It’s why the catcher is always coming to the mound when there is a runner on second base. If the young Marlins have figured out a new creative way to figure out what pitch is coming, all the more reason to think they could be the surprise team of 2014.