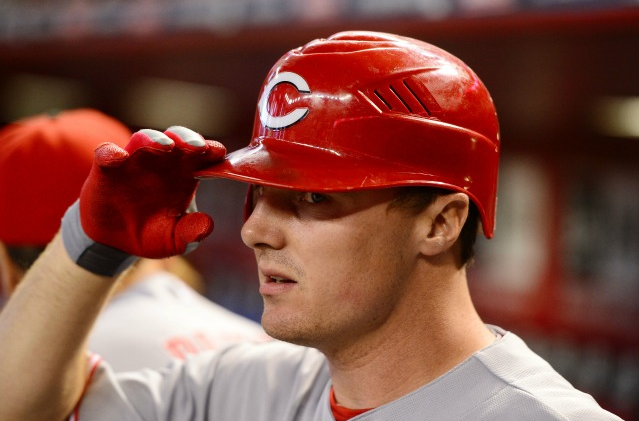 Fantasy baseball owners should be prepared to replace any of their players, because they all come with a very real risk of injury. Well, maybe not Prince Fielder. Although this year owners of the indestructible first baseman would have been better off with him on the disabled list than his current status as a statistical black hole in their daily lineup.

The latest big name to go down is Reds slugger Jay Bruce, who will miss about a month after hitting the DL for surgery on his partially torn meniscus. The left-hander had been one of baseballs more consistent home run and RBI guys over the previous three seasons and those categories just aren’t as easy to replace as they were a few years ago.

However, since you weren’t depending on Bruce for batting average, it does expand the pool of fill ins a bit. Curtis Granderson (now available in 35 percent of Yahoo! leagues) has been flat-out awful, but could be worth a flyer. Yeah, the move from Yankee Stadium to Citi Field is brutal, and there is no way he’s still a 40 home run threat. 25 dingers with 20 stolen bases? Why not?

BJ Upton will struggle to keep his average above .200, but he’s been running (seven steals) and Fredi Gonzalez keeps putting him in the two hole. Although the older Upton doesn’t have a great deal of power anymore, everybody on the Braves hits their share of dingers when they aren’t striking out.

Marlon Byrd, who’s actually out-performed Bruce power-wise in 2014, may be the best pick here if he’s available. It’s hard to think of Bryd as a middle-of-the order run producer because he wasn’t for so long, but he’s been doing a pretty good job of it for over a year now.

Jason Kipnis is expected to miss about a month as well, him with a strained abdominal. He’ll be harder to replace, because the second base position is pretty thin. Brewers keystoner Scooter Gennett has a cool name and will probably continue to get playing time since Rickie Weeks can no longer hit a baseball. Gennett was really good as a rookie in 2013 and got off to a great start in 2014. However, the 24-year-old has been slumping badly over the past couple weeks. Still, beggars can’t be choosers, and he’s probably the best bet out there to replace Kipnis’s all-around production.

Ryan Braun officially hit the DL on Friday, after the Brewers waited almost a week to see if he could play through his injured oblique. That means he’s eligible to come back next Monday and owners can cross their fingers and hope he actually returns on that day. If not, the same outfielders that could sub in for Bruce apply.

The Giants believe recently retroactively DL-ed Matt Cain  will also be back in the minimum — which could be as soon as this weekend — and since he’s dealing with a (finger) laceration rather than anything structural that sounds about right.

Use a streaming strategy to replace Cain. Whichever available pitcher is going against the offensively anemic Braves or Padres will probably equal if not better what you were getting from the struggling Giants right-hander. 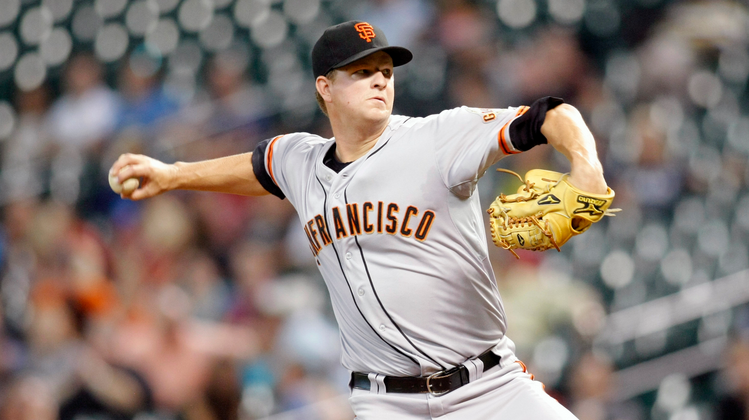 Closer Carousal
On Friday in Toronto Sergio Santos imploded again. He’s officially out of the ninth inning. Aaron Loup, his appointed replacement Saturday night, promptly blow up, albeit in a non save situation. It’s Casey Janssen‘s job once he comes back from injury, but it looks like he’s still a couple weeks away and maybe fantasy owners should stay away until then.

Joe Smith has been perfect since taking over the Angels ninth for Ernesto Frieri last week. However Frieri has been equally sharp since his demotion and on Sunday manager Mike Scioscia suggested the flamethrower would be returned to the closer role.

Hector Rondon appeared to put his name on the Cubs fluid ninth inning with two straight saves. Then he took the loss Sunday night in a non-save situation so who knows? LOL Cubs.

Kyle Farnsworth gave up a walk off two-run homer to the Rockies Charlie Culberson Saturday night. He’s still not good and we still like Dice-K for the Mets in the ninth.