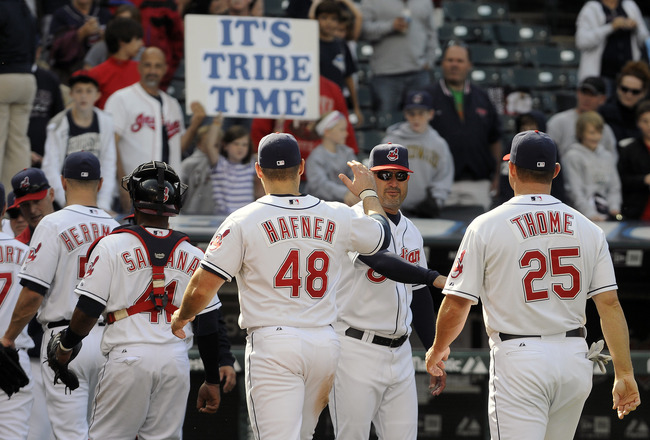 The Cleveland Indians were one of the original eight franchises of the American League. They are in the League’s central division and play at Progressive Park in Cleveland. Their colors are navy, white and red and they go by the nicknames “The Tribe” and the “Wahoos.”

The Cleveland Indians were initially called the Bluebirds, but that quickly became “The Naps,” after team captain Napoleon Lajoie, and finally the Indians in 1915 after Lajoie left the club. Despite the best efforts of Lajoie and Shoeless Joe Jackson, the Indians never got higher than third place during their first nineteen seasons. Their twentieth was a bittersweet one. The Tris Speaker lead team won the 1920 World Series. However it was a difficult victory to enjoy, as on August 16, 1920 star shortstop Ray Chapman was struck in the head by a pitch from Carl Mays and died from the injuries, becoming the only Major League player ever killed during a game. 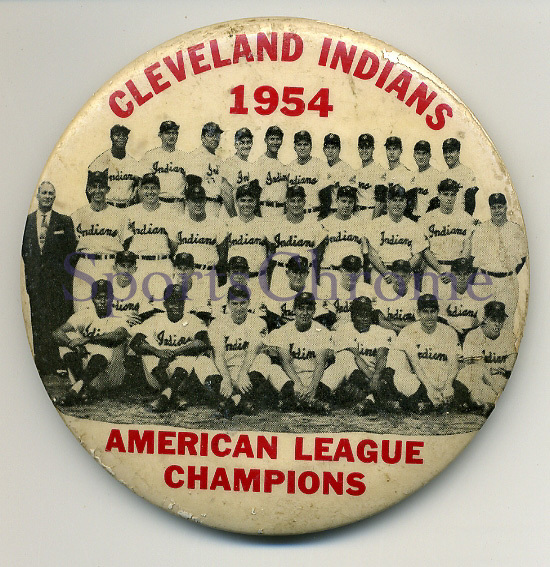 The Indians hovered around .500 for the next twenty-five years, but did start accumulating some pretty good ball players around in the late thirties and early fourties, including Lou Boudreau, Kent Ketner, Bob Feller and Bob Lemon. Negro League star Larry Doby and former Yankee Joe Gordon bolstered that core, and the Indians won their second World Series in 1948. The Indians won 111 games in 1954, but were swept in the World Series by the New York Giants.

The remained a decent team until 1960, when they traded away star hitter and fan favorite Rocky Colavito to Detroit for 1959 batting champion Harvey Kuenn, who only lasted a year in Cleveland. “The Curse of Rocky Colavito” proceeded to haunt the franchise for the next thirty-four years, a period which featured very few winning season but one game forfeited thanks to a ten-cent beer night fiasco and the 1989 film Major League, which was premised on the Indians being baseball’s ultimate losers.

The Indians started to change this reputation in 1995 when they finished 100-44 and ran away with the Central Division. However in what became a pattern for the coming Indians’ mini-dynasty, which would feature stars like Jim Thome, Albert Belle, Manny Ramirez, Omar Vizquel, Roberto Alomar, Kenny Lofton, Charles Nagy and Bartolo Colon, they lost in the World Series.

The Tribe would win six of seven Central Division titles between ‘95 and 2001, selling out 455 consecutive games in the process. But they were never able to capture baseball ultimate prize. And they haven’t since, despite playoff appearances in 2007 and 2013, leaving Cleveland title-less since 1948.