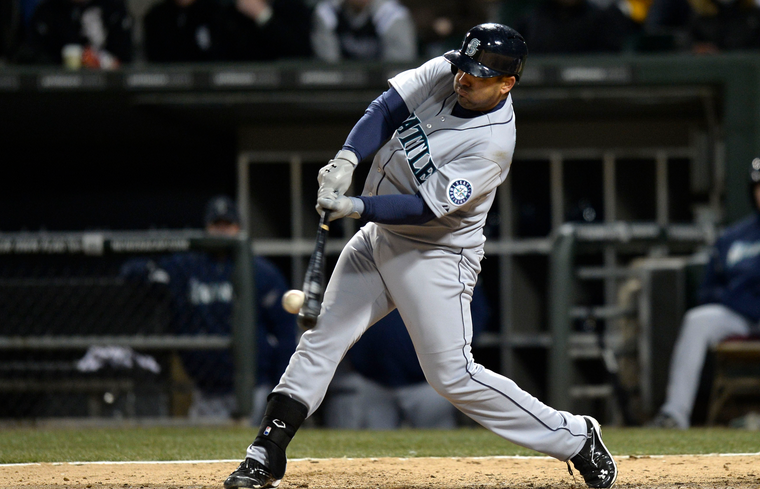 Free agents and Scott Boras clients Ervin Santana, Stephen Drew and Kendrys Morales all struggled to find a team this off-season after being tendered a qualifying offer by their previous squad — meaning any team which signed them would have to surrender their 2014 first round draft pick.

Santana caught a break when most the Braves pitching staff went down, and he inked a one-year deal with Atlanta late in spring training. Drew returned to the Red Sox a couple weeks ago on a pro-rated one year deal after they had their own injury problems. That left Morales, and the speculation was that he wouldn’t sign until after the 2014 MLB entry draft because at that point he would no longer cost a team the draft pick.

The draft started last night, and according to Boras his client will sign in the next couple days. Here are the teams who maybe be interested in the switch-hitter slugger.

New York Yankees
Word is the Yankees told Boras to hold off a few more days on signing so they could evaluate the health of Carlos Beltran and Mark Teixeira, and would make an offer on Morales if they didn’t think one or both could be relied on going forward. Each switch-hitters played yesterday and even if one were to go down Morales seems like a questionable fit. The Bronx Bombers, who are looking less and less like contenders every day, are already an old and lumbering lineup and the rapidly aging and already lumbering Morales doesn’t seem like the answer.

Seattle Mariners
Seattle knows Morales well; he played for them last year. Since they could have always had him back without sacrificing a pick, why now? Well, the Mariners have been surprisingly competitive this year and would be in the wild card game if the postseason started today. And they are doing this with barely any production from either the first base or DH slot. A mid-season reunion would make a lot of sense , particularly if they don’t have to give Morales the long-term contract they were never interested in tendering him

Milwaukee Brewers
Boras threw this out there, but we’re not sure if it works. True, the Brewers have also been unexpectedly good and would clearly be in buy mode. However, third baseman Aramis Ramirez just came back from his hammy and hit a homer in his return. That means they can move Mark Reynolds across the diamond to first. Morales might be a somewhat of an offensive upgrade from Reynolds, at least the batting average department, and would be a hedge against Ramirez’s 36-year old tendons.  But there are serious questions about his defense and it’s unclear if the Brew Crew would be a better team overall with Morales in the lineup.

Texas Rangers
Once Prince Fielder went down, Morales to the Rangers started to make an awful lot of sense. Mitch Moreland has displayed a stunning lack of power for a first baseman who makes his home in Arlington and Texas is essentially playing .200 hitter Michael Choice at DH. But there hasn’t been much movement on this logical front. The Rangers are hovering around .500 and have been decimated with long-term injuries, suggesting they just might not be willing to add to their already team record $133 million payroll. 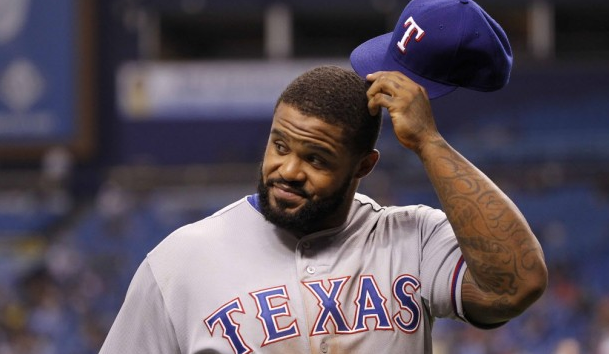 Oakland As
Billy Beane uncharacteristically gave closer Jim Johnson $10 million this off season, perhaps because there is no such thing as a terrible one year contract. (Although the wildly ineffective Johnson is testing that mantra.) So would the Moneyball A’s also go against type and shell out medium bucks to get Morales for the rest of the season? The best team so far in 2014 always operates under a pretty tight payroll, but Morales must be pretty tempting given that they are playing Alberto Callaspo and his middle infielders .OPS of .659 at DH.

Florida Marlins
It’s not that controversial Marlins owner Jeffrey Loria refuses to spend money. It’s that he won’t shell out his art dealer cash for bad teams. Now that they are in a tie for first place in the National League East, it’s safe to say the no-budget Fish are unexpectedly pretty good. Garrett Jones has been doing an adequate job at first base, but can’t be trusted against lefties and works better as a bench piece on a contender. Morales is Cuban, which is added bonus given the demographics of South Florida. Kendrys to the Marlins. You heard it here first.