Stephen Drew is Back With the Red Sox 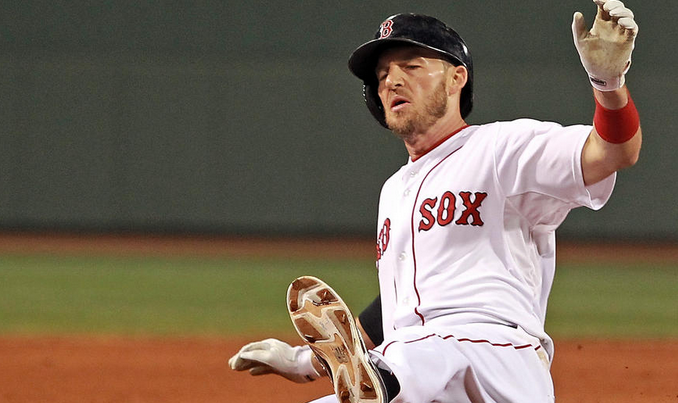 This isn’t going to go down as Scott Boras’s best moment. Stephen Drew, who rejected a $14 million qualifying offer with the Boston Red Sox this off-season just signed with the club for $10.17 million.

That sum is the $14 million pro-rated, but it still represents a loss for the controversial agent and his client since Boras was telling everybody he could snag a three-year deal for the shortstop. We guess Drew did get a nice little (unpaid) vacation.

After moving on from Drew, the Red Sox moved uber-prospect Xander Bogaerts, who played third base last year, to his original position of short. Will Middlebrooks, a prospect of an older and lesser vintage, had been manning third for John Farrell‘s club until he broke his finger last week and was placed on the 15-day DL. Middlebrooks was only hitting .197 with two home runs at the time of his injury, so it’s likely the Red Sox were exploring other options even before he went down.

It is assumed Bogaerts will move back to third with the return of Drew to the roster. Though it wouldn’t be surprising if Boston left Bogaerts — who is clearly their shortstop of the future — at the position and have Drew man the hot corner.

Because he won’t be on the Red Sox’s roster for the entire season, Drew will be ineligible to receive a qualifying offer next off-season. This should improve his chances to get a multi-year deal for 2015 since the team who signs him won’t have to forfeit their first round draft pick, which they would have had to do before this year since Drew was QOed.

Of course much of that also depends on how the 31-year old performs on the field. If he is able to match the .777 OPS along with the above average defense he put up last year for Boston he will both inflate his free agent stock and help the struggling defending World Series champs get back over the .500 mark.

This leaves Kendrys Morales, another Boras client, as the last of those who received qualifying offers still to be unsigned. Another player who misread the free agent market for players with QO was Nelson Cruz, who rejected the Rangers $14 million and then ended up signing late in spring training with the Orioles for one-year and just 8 million. Cruz’s, who’s second in the American League in homers with 12, has been quite good for the Birds. Their division rivals are hoping the can get similar value from an old friend.