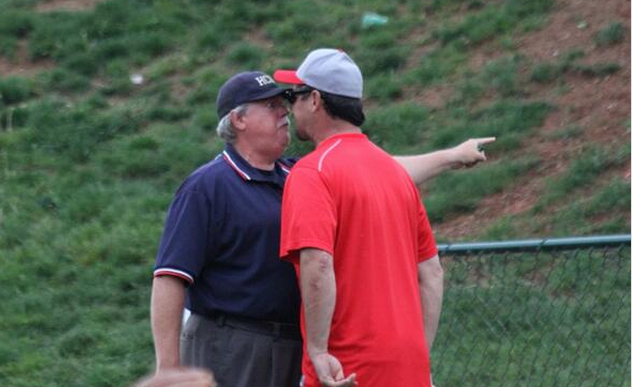 Former closer Mitch Williams is taking a leave of absence from the MLB Network, where he serves as an analyst, after eyewitnesses reported bizarre and aggressive behavior from “Wild Thing” during a ten-and-under Cal Ripken Baseball tournament last weekend.

Williams, who coaches the team, was ejected from a game in Aberdeen, Maryland for being “confrontational.” He allegedly got into with the umpires and some of the opposing players, calling one of the ten-year olds a “pussy.” He is also accused of ordering one of his pitchers to throw at a different youth player.

Williams is no stranger to public aggression; last year he almost brawled with former Phillies teammate Lenny Dysktra at an event in a Philadelphia area mall.

Dykstra has his own long rap sheet of questionable incidents. Nails has been arrested on everything from sexual harassment to drug possession to grand theft auto and filing a false financial statement, and served almost two years in prison on the latter two charges.

Here are eight other instances of shocking off-field behavior from current or former Big Leaguers.

8. Wade Boggs‘ Affair With Margo Adams
When he was on road, Wade Boggs liked to get a little on the side. So what? Professional athletes have been doing that since the dawn of road games. But the married Red Sox‘s third baseman affair with real estate agent Margo Adams became big news in 1988 when he ended it, and she sued him for $12 million for emotional distress and breach of oral contract. (Heh, oral contract.) They reached an out-of-court settlement for less than $500,000 but the coverage of the case — she gave a (naked) interview to Penthouse, and he rebutted on 20/20 with Barbara Walters — made it an ongoing national story. It also helped bring to light some of Boggs’ quirks, including his pregame fried chicken habit and his notorious mass consumption of Miller Lights on team flights.

7. Delmon Young Channels Hitler In The Big Apple
Delmon Young is no stranger to shocking behavior; as a minor leaguer he was suspended for fifty games after he flipped his bat into the home plate umpire. In April of 2012, while playing for the Tigers, Young was arrested on a charge of aggravated harassment as a hate crime after an drunken incident in New York on an early Friday morning. In front of the team’s hotel, Young yelled slurs about Jews as he assaulted two people who were trying to give a homeless man money. None of his targets were actually Jewish. He was suspended by MLB for seven days without pay, and after a guilty plea was sentenced to ten days of community service and a trip to the Museum of Tolerance.

6. Chad Guadin Compliments And Gropes Incapacitated Woman In Hospital Bed
If you think Young’s drunken behavior was odd, wait until you get a load of what pitcher Chad Guadin did. Gaudin, who lives in the Las Vegas area, had bloodshot eyes and was slurring his speech when he entered the Desert Springs Hospital in the early morning of January 27, 2013. He approached a young woman on a gurney and, being the romantic type, told her she was beautiful. Then, to the shock of the hospital staff, he began groping the incapacitated woman’s breasts. The paramedics grabbed Gaudin and held him down until the police arrived to arrest him. Gaudin’s lawyer claims his client had been at the hospital to treat symptoms of acute renal failure due to a condition known as rhabdomyolysis, which can cause confusion. Guadin is out of baseball after failing a physical in spring training of 2014, so maybe there is something to that excuse.

5. Alfredo Simon Shoots Two On New Years
You know how in some countries revelers fire guns up in the air during celebrations like New Years? Bad idea, right? Just ask Alfredo Simon. The pitcher formally known as Carlos Cabrera was ringing in the new year in his native Dominican Republic with his cousin and some other friends when he began firing his pistol to the sky. What goes up must come down and one of the bullets struck his cousin, killing him. Another hit his cousin’s half-brother, sending him to the hospital. Simon was ultimately acquitted of involuntary manslaughter, but found himself in another legal mess earlier this year when a woman sued him for $15 million for allegedly raping her in 2013. Despite all the off-the-field distractions, the 33-year old is enjoying his best season this year.

4. John Rocker Trashes New York, Gays, Non-English Speakers
Like many closers, John Rocker had reputation for being an antagonistic fellow. He briefly became public enemy number on after explaining why he would never play in New York in the December 1999 issue of Sports Illustrated:

Imagine having to take the 7 Train to the ballpark looking like you’re riding through Beirut next to some kid with purple hair, next to some queer with AIDS … It’s depressing… The biggest thing I don’t like about New York are the foreigners. You can walk an entire block in Times Square and not hear anybody speaking English. Asians and Koreans and Vietnamese and Indians and Russians and Spanish people and everything up there. How the hell did they get in this country? 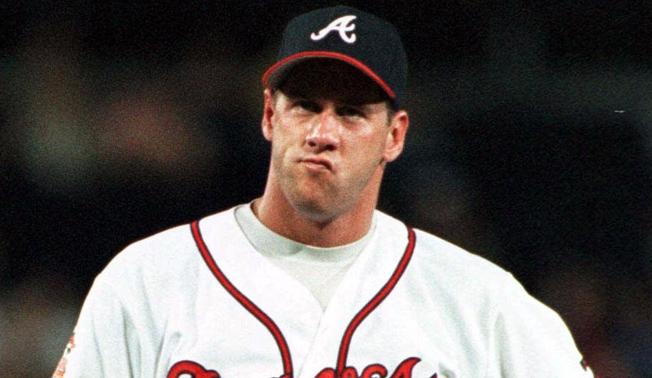 3. Ugueth Urbina Gets 14 Years For Attempted Murder
In 2004, Ugeuth Urbina’s mother was kidnapped in his native Venezuela and held ransom for $6 million. Urbina refused to pay and his poor mom was held captive for six months before being rescued by the military. It’s enough to make a man legitimately paranoid, but Urbina went way overboard the next year when he suspected some of the workers on his Venezuelan farm had stolen a gun from him. He attacked five laborers with a machete and then attempted to use gasoline to light them on fire. In 2007 Urbina was convicted of attempted murder and given a a 14-year sentence, of which he served almost six.

2. 1985 Pittsburgh Drug Trials
From greenies to the clear, baseball has long had a problem with performance enhancing drugs in the clubhouse. The Pittsburgh drug trials of 1985 revealed that MLB also had a recreational drug problem. According to grand jury testimony, cocaine was openly sold in the Pirates dugout and even team mascot Pirate Parrot was known to move a gram or two. The investigation went well beyond just Pittsburgh, and stars like Keith Hernandez, Dave Parker, Lonnie Smith and Joaquín Andújar, who were given immunity for their testimony, admitted to not just using the drug but facilitating its distribution to other players. They were among the seven players who were initially given year-long suspensions for their role in the scandal. Ultimately, Baseball Commissioner Peter Ueberroth allowed the suspended players back on the field if they paid a fine and did community service.

1. Mike Kekich And Fritz Peterson Swap Lives
In 1972 Yankees teammates and friends Mike Kekich and Fritz Peterson decided they would be happier if they swapped wives. And kids. And dogs. So they did. It wouldn’t be until the next year the press caught a wind of this most unusual of baseball trades, and, as you can imagine, the New York tabloids went nuts. The pitchers were booed whenever they took the mound for the next couple of years. This seemed to effect Peterson, who went from being one of the better hurlers in the AL to going 17-29 in 1973 and 1974. However, the family trade did work for Peterson in the long run; he’s been married to the former Susanne Kekich since the swap. Kekich and Marilyn Peterson didn’t get married and soon split up. Matt Damon and Ben Affleck have expressed interest in bringing this bizarre tale to the big screen. How do you like them apples? 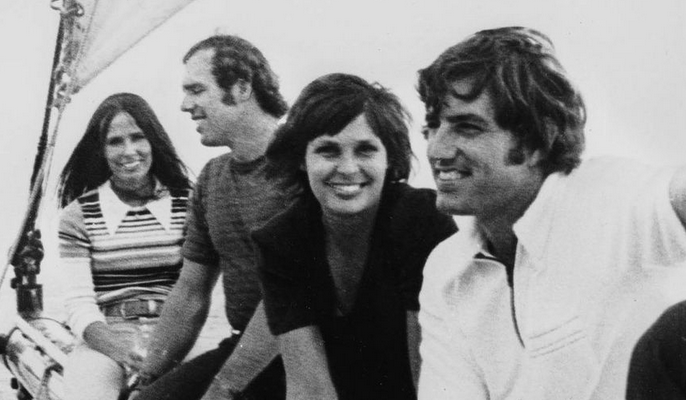