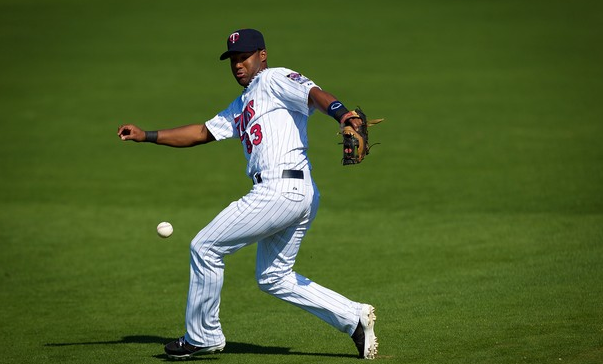 Among the three hottest fantasy adds this week are Danny Santana, Josh Harrison and Brock Holt

Before their current hot streaks, none of the trio has had a stretch of Major League success, and each has an unimpressive minor league resume. That in mind, they aren’t safe bets to provide short term value, let alone be long term answers. Holt may be kicked to the bench with Mike Napoli’s return to the Red Sox, although he did have four hits and a new position on Sunday. Harrison, an infielder in the minors, has been manning right field for the Bucos but is vulnerable with uber-prospect Gregory Polanco impending call-up.  Santana may have secure lineup spot with the Twins, rotating between shortstop and center field, but his weak minor league hitting numbers suggest he is also the least likely to keep up his current offensive surge.

You probably noticed there were a lot of different positions mentioned in the last paragraph. In Yahoo! leagues Josh Harrison is eligible at 2B, 3B and the outfield. Santana checks the 2B, SS and OF boxes. Holt can do 1B and 3B and — given where he played in the minors — is a Red Sox injury away from adding another infield positions.

If you have the space, carrying a Swiss army knife-type reserve is a valuable fantasy asset.  Not only can they cover a bunch of positions in an injury pinch, they also allow you to make up previously lost games on Mondays and Thursdays, and can even be inserted in place of your everyday players when they are slumping or facing a particularly nasty platoon split. Of course such a super reserve would have to be able to hit well enough to justify their temporary spot. The aforementioned trio are doing that at the moment, and are each probably worth an add they would be unworthy of if they only played one position.

Former AL MVP Watch
Josh Hamilton has returned the Angles as red hot as when he left them with a thumb injury. We’re not sure what that means, other than the American League 2010 MVP has always been extremely streaky. We’d sell if you can get back elite talent. If not, may as well enjoy the ride.

Miguel Cabrera isn’t quite on the same pace as his MVP seasons in 2012 and 2013, but .326 with 11 homers and 51 RBIs ain’t chopped liver. Unfortunately he will miss Mondays game with a tight hamstring. It sounds precautionary, but hammies can be tricky. Owners hold their breath.

Cabrera’s teammate and 2011 MVP winner Justin Verlander continues to struggle. He wasn’t quite a top tier pitcher in 2013 and hasn’t even been able to justify a roster spot in 2014. Adding to his ERA and WHIP woes this season he’s also not striking anyone out and is down to 6.4 Ks per nine innings You have to keep on running him out there because of the Verlander brand, but it’s starting to get painful.

Closer Carousal
Joe Nathan, so dominant for so long, has been pretty lousy in his first season for the Tigers, allowing ten earned runs in his last five appearances. He’s also 39. Joba Chamberlain, who has been looking closer-like lately, had the ninth inning for Detroit on Sunday because Nathan had appeared in the previous two games. However, the former Yankee blew the game by giving up a three-run homer to David Ortiz, which should give Nathan a bit more ninth-inning rope.

How much rope Rays closer Grant Balfour has left is another question. He had been on the best stretch of a terrible season — five straight scoreless appearances — when he imploded again on Sunday, giving up five runs after recording the first two outs of ninth against the Mariners. His ERA now sits at 6.46 and his peripherals are barely better than that. He’d probably be out of the closer position if the Rays had any better options, but lefty Jake McGee‘s spectacular numbers are somewhat of product of him being a lefty specialist (although he’s been getting righties out to the last couple years) ,and Juan Carlos Oviedo (the former Leo Nunez) has a track record closer mediocrity. Still, we’d probably take a speculative flyer on Oviedo if we were really desperate for saves.