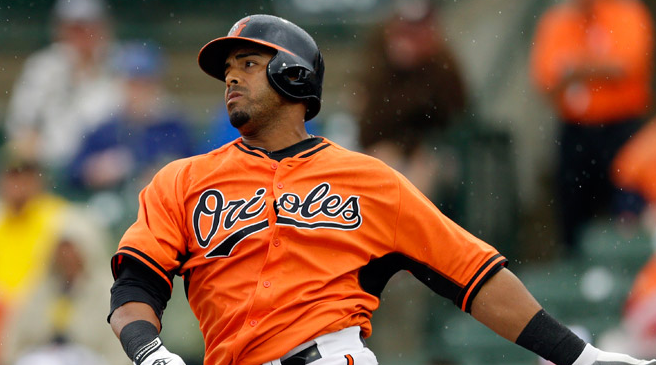 It was a relatively static week in the fantasy baseball world, sans a few notable developments. Stephen Drew is coming back soon, AJ Pollock came on like a comet but is now out six-to-eight weeks thanks to a Johnny Cueto fastball to the wrist and Jenrry Mejia looks to have the Mets ninth inning locked down.

So instead of the usual analysis, let’s list this year’s fantasy All-Stars, now that we have a two-month sample size. These aren’t necessarily the best players in baseball, but rather they are the best performers in relation to what they were paid for on draft or auction day.

Catcher Jonathan Lucroy
While Victor Martinez would be the obvious pick in the few leagues that granted him catcher-eligibility, for most of the fantasy landscape it’s Lucroy, who’s hitting .322 and playing first base on most of the days he’s not behind the plate.

First base: Victor Martinez
Because he was no longer catcher eligible, Martinez could have been had with a late round pick or a buck or two. With a .335 average and 13 dingers his production is just about inline with Miguel Cabrera, the Tigers much more expensive first baseman.

Second base: Dee Gordon
It wasn’t so long ago that Dee Gordon was a bust (and a shortstop.) Now he’s been doing everything fellow speedster Billy Hamilton was supposed to do, and has been doing it at second base. While his batting average was way down in May, after a torrid start, his steals were actually up and he’s on about a 100 swipe pace. He’ll probably be a bit light in four categories going forward, but he can single-handedly win steals.

Shortstop: Alexei Ramirez
During his first three years stateside, the Cuban Missile displayed good pop for a shortstop. His power started to fade in 2012 but he compensated for it by stealing more bases. So he’s always been a decent fantasy option, just never a complete one. This year he’s finally putting it all together and it’s been spectacular. Seven homers, 11 steals and a 100 pace in runs and RBIs. His .327 batting average is inflated by a career-high .346 BABIP and should come down.  Still, he’s a .280 hitter for his career, and should remain a top three shortstop if he continues with his running and power.

Third base: Josh Donaldson
The A’s man on the hot corner cost owners more than they paid for the other players in the all-fantasy infield. However, he probably didn’t cost as much as he should have, since his age made folks skeptical of his breakout 2013 season. Well, skeptics be damned. Donaldson’s been even better in 2014 for Oakland’s improbable offensive machine and would be our pick for the American League MVP in real life. 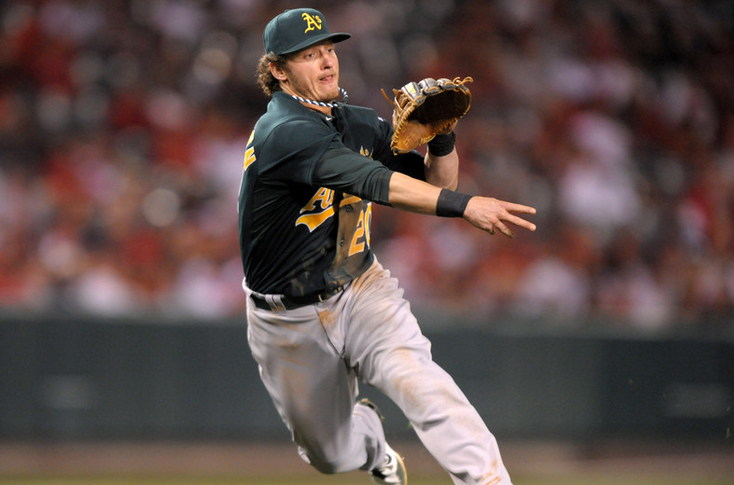 Outfield: Nelson Cruz
It wasn’t just fantasy owners who shunned Nelson Cruz. No big league teams wanted him either, and he was forced to sign with Baltimore for a “paltry” one-year $8 million deal. Cruz has responded to the indignity by having the best year of his career at 33 and presumably PED-free. The big league leader in homers and RBIs did give his owners a scare yesterday when he left the field after being hit on the hand with a pitch. Luckily the X-rays came back negative and he should only miss a couple games.

Outfield: AJ Pollock
We touched on Pollock — the 72 ranked player in Yahoo! leagues despite being undrafted just about everywhere — earlier. Now the question is whether he’s worth a DL stash. If you have the slot available, why not? Although since wrist injuries can be tricky don’t hesitate to dump him if you need it for someone else.

Outfield: Brandon Moss
Similar to his Oakland teammate Donaldson, most fantasy owners didn’t believe in Moss’s 2013 breakout season as a full time player, and he went un-drafted in most leagues. Moss has been a beast so far, with 13 homers and 46 RBIs. He’s also hitting lefties — long his Achilles heel — better than righties.

RHP: Masahiro Tanaka
Tanaka was pretty expensive, both in real life and in the fantasy realm. But, amazingly, he’s been more than worth it. Yeah, he did finally lose a game.  But where would his fantasy owners (not to mention the Yankees) be without his eight wins, 88 Ks and American League-leading 2.06 ERA and .953 WHIP.

LHP: Mark Buehrle
Fine, he doesn’t strike anybody out. But ten wins and a 2.10 ERA is terrific value for a pitcher who could have been plucked from most waiver wires at the start of the season. Buehrle is closing in on 200 wins for his career, and the 35-year old with Jamie Moyer-like stuff seems like he could pitch well into his forties. Will he became baseball’s most unlikely 300 game winner?

Closer: Francisco Rodriguez
K-Rod wasn’t even the Brewers ninth inning man heading into the season. However, he grabbed the closer role quickly and if you grabbed him you netted quite the free fantasy asset. Rodriguez leads the Majors in saves and has been strong in the ERA, WHIP and Ks categories as well.