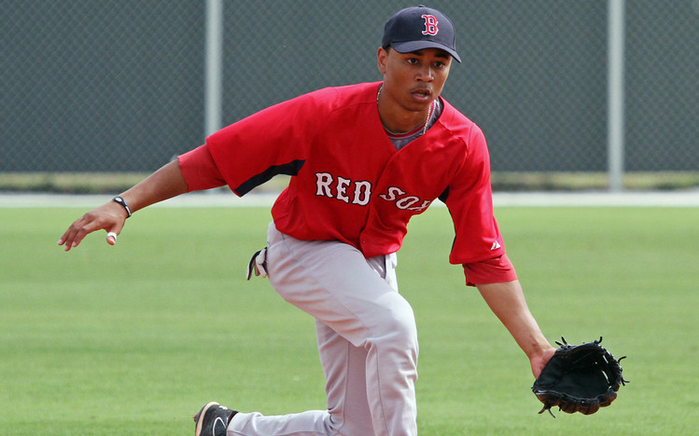 Saves and steals will always be the stepchildren of five category fantasy baseball, and there are ways to win a league without paying much too much attention to either of them.

However there are more ways to win when you are mindful of the categories. We’re about halfway through the season and here are some suggestions to boast lagging steals and saves totals.

Steals:
Our favorite way to build the steals category is to be conscious of otherwise productive players who will give you between 10 and 20 steals. That way you can stay afloat in SBs without sacrificing a roster spot to a player you doesn’t give you much in the power categories. You can call it the Paul Goldschmidt strategy (Or now maybe the Todd Frazier strategy.) The downside is that it’s generally not a tactic you can start employing mid-year.

You’re going to have to hit the waiver wire to find steals come June, and here are few suggestions that can pad your totals.

Craig Gentry: After going 24 for 27 stealing bases last year for the Rangers, Gentry is a perfect 15 for 15 in 2014 for Oakland. The A’s love their platoons and as of late Gentry has been the right-handed side of center field split with Coco Crisp. That means he’s only getting a couple starts a week. But it also means you are going to know what days he plays, he’s typically going to bat lead off, and he’s going to put up decent numbers in his starts beyond the SBs. Things get even more interesting with Gentry, who can play all the outfield spots, in light of Josh Reddick hitting the DL this weekend. We actually like Gentry better as a platoon piece since he can’t hit righties. But if you really need steals Gentry should be able to swipe as many as anybody in baseball with more of a full-time role and is available in 98 percent of Yahoo! leagues.

James Jones: Although he got a day off Sunday, Jones seems to have won the Seattle‘s center field job. The 24-year old has 14 steals in 15 attempts for the season, including nine the last 30 days. His .275 average won’t hurt you, and he’s been scoring runs at decent clip. He has no homers so far, but did show a bit of power in the minors. He also wasn’t that efficient of a base stealer in the minors, so there’s a good chance his caught stealing percentage will climb and he may lose the green light. Still, it probably won’t cost you anything to see if he can continue his thieving ways since he’s available in 93 percent of Yahoo! leagues.

Denard Span: With Bryce Harper returning soon and Ryan Zimmerman maybe now an outfielder, Span could be out of a job any day. Perhaps that’s why the speedsters been trying to show his worth by stealing bases, something he hasn’t always done during his career. Span is on pace for 27 steals, which would be a career high, and has swiped six bags so far in June. What happens with Zimmerman will have a big impact on Span going forward.  But if the slugger goes back to the infield, Span — who is un-owned in almost 80 percent of Yahoo! leagues — becomes a good bet for steals going forward.

Mookie Betts:  The Red Sox called up Betts Sunday and he’s sure to be a popular pickup this week because he’s shortstop eligible, had good numbers in Triple-A, and is named Mookie. Speed is a big part of the 21-year olds game. He was caught stealing Sunday in his first start, but had already swiped 29 bags with decent efficiency during the minor league season. He’s up to 40 percent ownership in Yahoo!, so if you want him you need to hit add ASAP.

Saves
In fantasy baseball cheap saves are just a closer implosion away. This week saw two ninth inning man, Sergio Romo and Ronald Belisario, do just that and lose their jobs

Giants Manager Bruce Bochy has gone out and said Romo will be replaced by a combo of Jeremy Affeldt and Santiago Casilla. Each have been good enough this year to own as middle relief pitchers, although Affeldt did get roughed up last night in a non-save situation. Casilla — who was the Giants closer before Romo took his job — would be our pick to get the bulk of the save opportunities because he’s right-handed. We also wouldn’t be surprised to see Romo get the job back, as his peripherals are still pretty solid. If he gets dropped, he’s probably worth an add.

White Sox manger Robin Ventura doesn’t have the benefit of having Affeldt or Casilla-type talent in his bullpen, and has yet to name anyone as Belisario’s replacement. Jake Petricka got the save Friday and pitched the ninth with a 4-0 lead on Sunday. Zach Putnam got the save on Saturday, but was shaky. Javy Guerra is the guy in Chicago’s pen with the most closing experience and has been good this year. Keep an eye on them all, but it looks like Petricka has the early lead. (In this case, we don’t see Belisario winning the job back.)