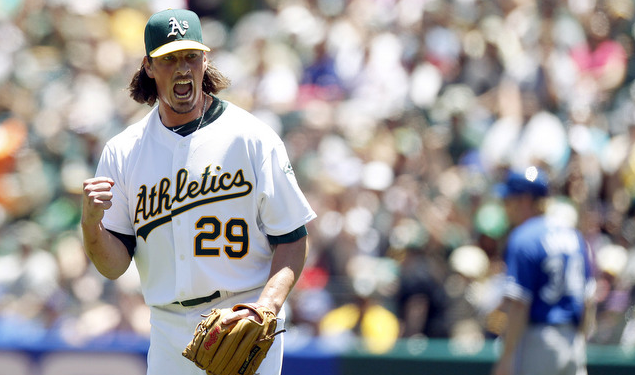 The hot stove league is under way, and last week there were two trades that should resonate in the world of fake baseball.

The first was a bonafide blockbuster. The Cubs sent their two aces, Jeff Samardzija and Jason Hammel to the As for Addison Russell, one of the 15 best prospects in the game, Billy McKinney, the team’s second best prospect, and Dan Straily, who was an effective starter in 2013.

Samardzija jumps out as the biggest beneficiary of the trade. Shark had only won two games with the Cubbies, despite his 2.83 ERA. The 29-year old already has one win with the A’s, taking his first start after seven innings of one run ball with 5 Ks on Sunday. Not only does Samardzija go from one of baseball’s worst offenses to the best, but Wrigley Field favors hitters, whereas as O.co Coliseum, with his sprawling foul territory, is a pitchers’ park.

That’s why Hammel, who wasn’t having any problem accumulating wins for the Cubs, also becomes much more of a fantasy asset. It’s been under the radar — maybe because he doesn’t have long hair, Notre Dame football ties and a cool nickname –but Hammel was actually having a better season than Samardzija, even when taking wins out of the equation. Having spent the last six years in hitter’s havens Colorado, Baltimore and Chicago it will be interesting to see what Hammel can do in the spacious Coliseum. If he improves much on his current numbers he’s a front line ace.

Russell and McKinney are still at least a year from the majors and the Cubs plan on keeping Straily at Triple-A for now. He will likely be called up by the end of the season and should be monitored when he is.

In the week’s second significant trade, The Yankees acquired starter Brandon McCarthy from the Diamondbacks for starter Vidal Nuno. McCarthy’s inability to strike batters out has always made him a dodgy fantasy play. He should improve in New York — if only because his 5.01 ERA should regress to his 3.79 FIP. But we really don’t view him as being much better than Nuno, who you probably weren’t considering for your fantasy roster.

Injured first baseman
Tough break for owners of Edwin Encarnacion and Joey Votto as both appear to be headed to the DL today and are expected to miss two-to-four weeks. The truth is, Votto owners aren’t going to have that tough of a time replacing his production. The four-time All-Star hasn’t looked right all year and if you take away his walks — which don’t do much good in fantasy — he’s been a below average fantasy first baseman. Encarnacion, with his 26 homers and 70 RBIs, however, is a pretty substantial blow.

Votto and Encarancion owners should take a hard look at C.J. Cron, who’s first base eligible for the Angels. The 24-year old has nine homers in a 160 plate appearances with a .288 batting average and has been playing every day. He doesn’t have terrific minor league pedigree — although the power is real — and he never walks, so he’s run of good play may not last. Still, he’s available in over 80 percent of Yahoo! leagues and is as good a bet as anyone the free agent first baseman pool to give you production for the next couple of weeks. 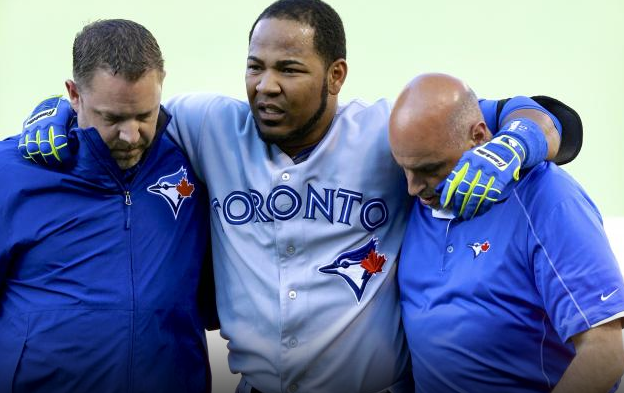 Encarnacion’s injury, coupled with Brett Lawrie’s broken index finger,  has also fueled speculation that the Blue Jays will make a deal for Padres third baseman Chase Headley. Headley has struggled all year, but it seems everybody hits once they put on a Blue Jay uniform. If Headley is moved up north, he’s worth a flyer. He just turned 30 and is only two seasons removed from a 31 home run 115 RBI 17 steal season at the notorious Petco Park, where hitters careers go to die. He’s available in 67 percent of Yahoo! leagues.