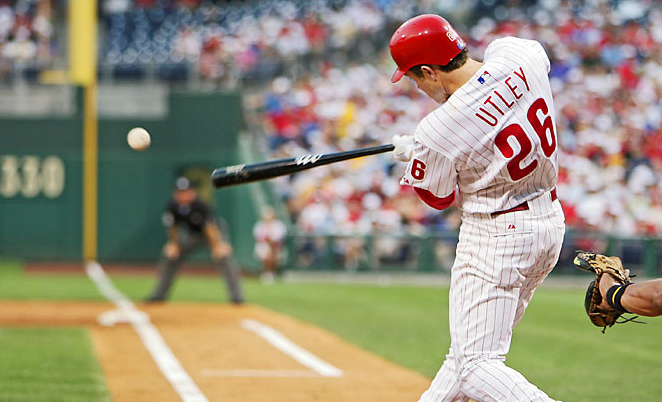 Baseball players make a lot of money. Some make a lot more money than they should. But there are also a bunch of baseball bargains out there. The ten best contracts of 2014 are below.

The thought of Ruben Amaro opening the check book for a player in his mid-thirties should make any Phillies fan convulse. However his deal with franchise cornerstone Chase Utley, with its three years of vesting options, is almost no risk with a very high reward. According to Fangraphs, the red hot Utley has been worth 8.6 million dollars just over the first 13 games of 2014. Yes, really. Even if his knees start acting up again, he’s a lock to earn his $25M in guaranteed money.  If he stays healthy he could very well be the best value in baseball.

The Brewers hit the jackpot when they signed Gomez right before his breakout 2013 season. The athletic center fielder was the third best player in baseball last year, according to bWAR, and he’s off to an even better start in 2014. Yet, Milwaukee will be paying him like a solid platoon guy for the prime years of his career. The Brewers should be kicking themselves for not attaching an option year to the end of the deal.

Teams have been brutally overpaying first baseman types like Ryan Howard, Albert Pujols and Mark Teixeria for years. The younger Encarnacion offers more production than all of those aging sluggers at about a third of the price and less of a commitment in years. He can also kind-of, sort-of play third base.

Chris Sale is one of the ten best pitchers in baseball and he’s getting paid like a middle reliever. True, most of his current contract is buying out arbitration years.  But a left-hander with Sale’s pedigree is going to get a lot more than $9.1 million as a third-year arb player. The risk with Sale is that he has a pitching motion which suggests his arm will one day fall off. And we mean that literally. However, the team options at the back of the contract (with million dollar buyouts) more or less protect the White Sox from that gruesome scenario. 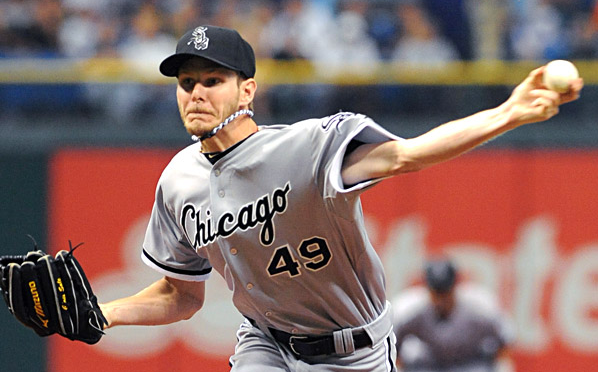 Bumgarner is basically Sale’s National League twin, only with less of a chance of catastrophic arm injury. So he gets the higher spot.

Donut contracts — in which players have their arbitration years bought out on team-friendly terms with a couple free-agent year team options on the end — have become a controversial topic in baseball. One of the most team-friendly donut contracts is the one attached to Paul Goldschmidt, who looks like he will be an MVP candidate throughout its entirety. Still, it’s hard to fault Goldschmidt — who was never much of a prospect — for grabbing the money when he could.

McCutchen edged Goldschmidt out for MVP in 2013 and led the Pirates to their first playoff birth in 20 years. His deal includes enough free agent years to be classified as highway robbery, and an option year that the Bucos would pick up even if their star was about half as productive as he has been over the last few seasons.

The non-option portion of Perez contract buys out his pre-arb and first two arb years. Considering he’s already among the best few catchers in the game, that’s going to be a huge value. If he continues to produce like he has been, Perez will eventually end up with a Mauer-like deal. As it stands, the Royals get his first two free agent years for a total of $11 million.

Longoria’s contract is actually two contracts — in 2012 he agreed to a ten-year deal which added six additional years and about $100M to his existing contract. But whatever it is, it’s a steal for the Rays; Longoria’s already been worth $166M for his career and at least eight more years remain on the books. Yes, Longoria is a bit of a health risk. But his production when he’s in the line up and the deal’s cost-certainty make it an extraordinary value for his budget-conscious franchise.

Mike Trout is the best baseball player on the planet. Since he’s just 22 he should probably get even better. You could stick another 50 million on the deal and it’s still a bargain.