Who Should Be The National League MVP? 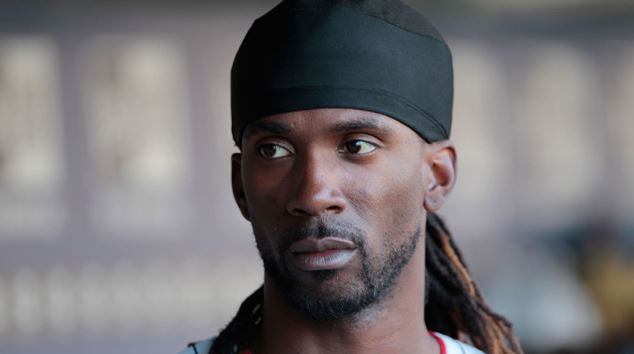 You could make a good argument that Troy Tulowitzki, Andrew McCutchen, and Paul Goldschmidt are the three best position players in the National League. In the last few weeks all three of them have gone down with injuries. Tulowitzki and Goldschmidt are out for the year, whereas McCutchen, who suffered a broken rib, may return sometime next week.

Or he may not. McCutchen, the 2013 NL MVP, would have been our choice to win the award again, particularly if the Pirates make the playoffs. However, the longer he sits out the worse chance his team has at postseason, and the less impressive his final stats will look to MVP voters. The injury  — as well as the more serious injuries to Goldschmidt, the 2013 NL MVP runner up, and Tulowitki, the best player in the league — has opened up the NL MVP race. Here five other candidates for the award besides a healthy McCutchen.

Jonathan Lucroy .304/.372/.485, WAR 5.1
The Brewers have been the most surprising team in the National League since the first week of the season. They maintain a two game league in the NL Central, thanks in large part to their excellent lineup. It shouldn’t be a surprise that Lucroy is hitting well; he’s been as good as any catcher in baseball at the plate since the Brewers made him a full-timer in 2012. But nobody would have predicated he’d be easily best hitter on the National League’s best (non-Coors Field residing) offensive team. He fields well too, and the 28-year old has a decent chance of winning the MVP in the same season he made his first all-star team.

Giancarlo Stanton .293/.397/.562, WAR 6.0
The power has always been real and spectacular. 2014 has been the year that the rest of Stanton’s game has caught up with his prodigious home run blasts. He’s hitting a career-high .293 and leading the league in walks (along with home runs and RBIs.) His defense in right rates well-above average and the big man is 10 for 11 stealing bases after just swiping one bag in 2013. Since the five-year veteran won’t turn 25 until the offseason, we’d be shocked if he doesn’t win at least one MVP over his career.  The first one just might come in 2014, especially if the underfunded Marlins can keep swimming around .500. 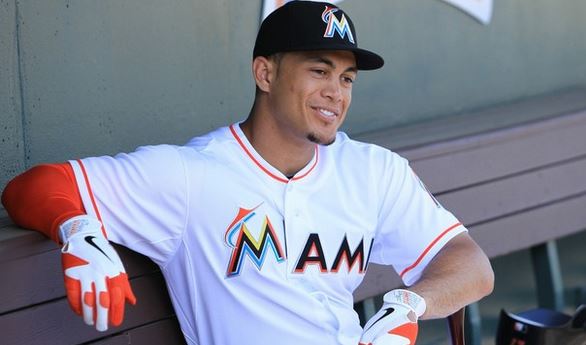 Yasiel Puig .315/.398/.523, 4.2 WAR
While it sometimes gets lost in the antics and speeding tickets, Puig has pretty much proved his spectacular first couple months in 2013 was no fluke. The biggest draw on the National League’s best team has also been easily their best hitter.  The Cuban phenoms base running and fielding can be an adventure and that is reflected in his somewhat suppressed WAR. But just by playing centerfield — which he’s been doing lately — keeps the strange-gloved Matt Kemp out of the position, which helps the team enormously.

Clayton Kershaw 14-2, 1.78 ERA, 163 Ks 5.9 WAR
Puig’s biggest obstacle to the MVP isn’t his dodgy all-around game. It’s splitting votes with his teammate, Clayton Kershaw. The two-time Cy Young winner is having his best season at age 26, and would breezing to his second career pitching triple crown if he hadn’t missed the first five weeks of the season. We’re not sure how we feel about pitchers winning the MVP, but Kershaw makes about as strong a case as possible.

Anthony Rendon .276/.333/.464, 4.2 WAR
Wait, what? Baring a huge stretch run, we don’t think Rendon will actually win the MVP. Still, he’s probably closer than you think. He’s been the Nationals best hitter and is leading the league in runs. He’s also played stellar defense at third base and has filled in more than admirably when asked to play his original position of second. The 24-year old didn’t come into the league with the hype of fellow Washington first rounders Bryce Harper and Stephen Strasburg. However, at least in 2014, he’s been the team’s best young player.

2 thoughts on “Who Should Be The National League MVP?”