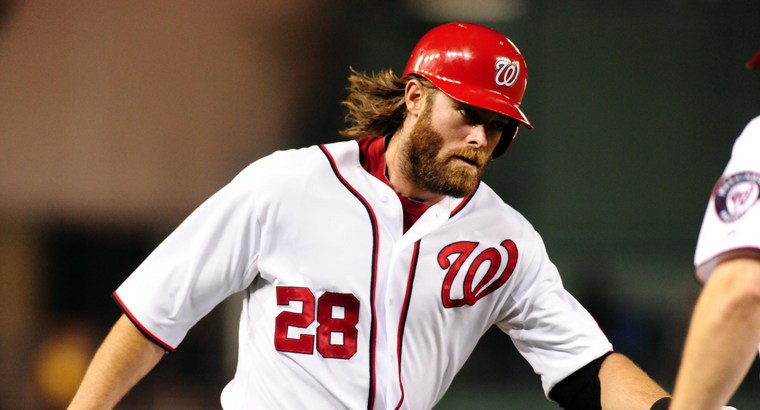 When we talk about baseball players exceeding 100 MPH, names like Aroldis Chapman and Yordano Ventura usually come up.

But the MPH next to baseball’s newest speed king have nothing to do with a fastball. It was reported yesterday that Washington Nationals outfielder Jayson Werth is facing reckless driving charges in Virginia after being pulled over for doing 105 in a 55 on July 6. Werth had had a court date scheduled for August 8, but it was continued until Nov. 12. (Yes, that would be after the World Series, for any optimistic Nats fans out there.)

The Nationals issued a statement on the 35-year old’s heavy foot on Tuesday:

“The Washington Nationals have been in communication with right fielder Jayson Werth regarding this situation for multiple weeks,” a Nationals spokesman said. “Jayson is cooperating with the authorities. As it is an ongoing legal matter, the team has no further comment.”

Werth sat out Tuesday’s game against the Mets, but that had to do with a balky shoulder that will require further testing today. Rookie Michael Taylor made his major league debut in Werth’s place, and had a single and a home run.

Virginia is notoriously tough on speeders, and judges can (and do) assign a day in jail for every MPH above 80. That would by 25 days in the slammer for the Werth, however a good lawyer can probably knock that down to a lot of community service, providing it’s Werth’s first offense.

While 105 MPH is an impressive speed, it still doesn’t top the 110 Yasiel Puig was pulled over doing in December. However that was on 70-MPH freeway, so Werth is the new National League speed leader when it comes to MPH over the limit. We also suspect the wind through his beard at 105 is a sight to behold. 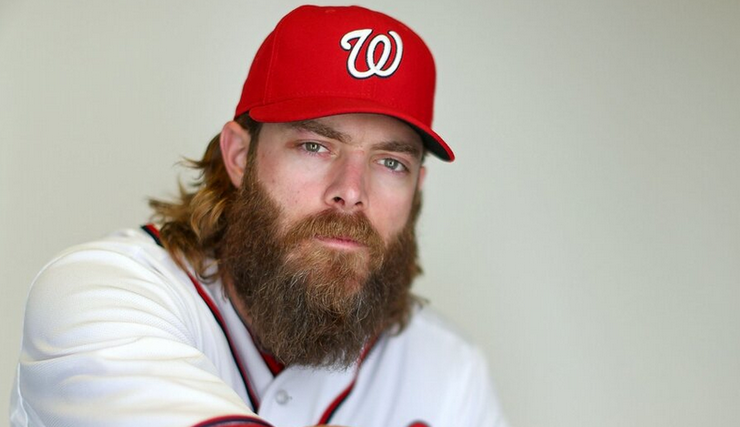