Who Are The Nicest Players In Baseball? 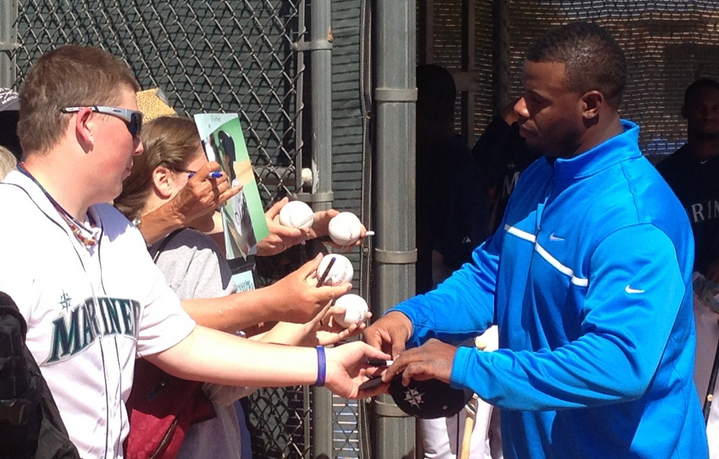 Early this year we ran down baseball biggest jerks. Yesterday, there was a discussion on the baseball sub-reddit about the “nicest/coolest baseball player that you’ve met?” No surprise that the famously friendly Torii Hunter and Jim Thome were mentioned multiple times. Here are some of the other prominent players who were noticed for their niceness.

Ken Griffey Jr.
Although he often had a prickly relationship with the media, multiple redditors report Griffey Jr. was a great guy as long as he didn’t see any cameras rolling.

Ken Griffey JR. came into the country club I worked at and had drinks in the bar after he played golf with some people. I didn’t talk much to him but he was a lot nicer than most of the members that go there.” JubilantJake

Joe Girardi
The Yankees manager has been long known as a class act. Eahls remembers a meeting with the then-Yankee player:

Right before the ’96 World Series was set to start, my parents were in a restaurant and saw Joe Girardi come in with his wife. To put it mildly the 8 year old version of me was baseball crazy, and Girardi was by far my favorite player.
They called the babysitter and had her wake me up. I threw on a Yankee shirt and some sweatpants, and headed over with them to the restaurant.
The plan was to wait by the bar and ask him for an autograph when he was ready to leave. I’m not sure what tipped him off – whether it was a little kid sitting by the bar in a Yankee shirt and sweatpants, or the fact that I was probably staring at him – but after a few minutes he smiled and waved me over.
Not only did he sign my t-shirt, but he spent about ten minutes in the middle of his meal talking to me about baseball, the Yankees, and Mike Stanley (the first thing I said to him was that I thought he was better than Mike Stanley – WAR has since proven me wrong).
I still have the shirt framed on my wall, but as time passes what sticks with me was that he took the time to talk to me.

Raul Ibanez
Ibanez is another guy who has a reputation for niceness that was confirmed on reddit. Or, as Smerdykov wrote:

I’ve never heard anything but this about Raul. And I don’t just mean “he’s nice,” I mean, “He is literally the nicest person in the league.”

Ozzie Smith
The Hall of Famer was called out repeatedly by Cardinal fans for acts of kindness. DavidFreeze reports:

My older sister and Niko (ozzies son, of American idol fame) were in the same dance studio. As a young baby Ozzie held me, was super nice to my mom, who I’m sure was annoyingly fan girling, and cheered extremely loudly for my sister, who was the youngest girl in the studio. My mom and sister swear he is the nicest man they’ve ever met. 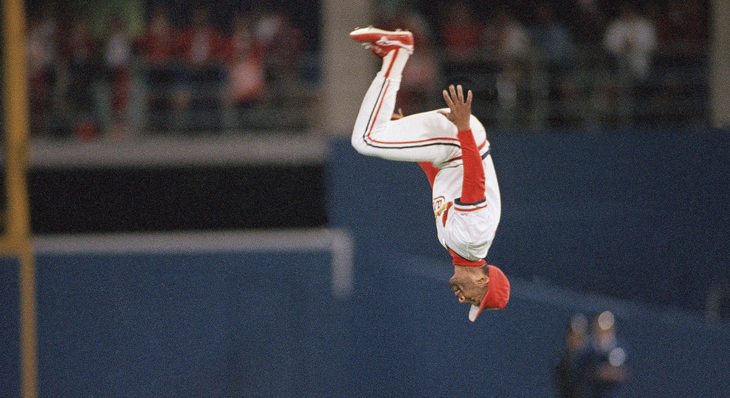 John Franco
Not only is the bullpen legend a nice guy, but he’s willing to endure boy bands for the sake of his children. According to Neckwrecker:

My sisters met John Franco at an N*SYNC concert. He was there with his daughters. He was a really nice guy and bought everyone souvenirs.

Roger Clemens
The seven-time Cy Young winner always seemed a bit gruff, but apparently he was a Teddy Bear when it came to his young fans.

I had a great experience with Roger Clemens as a kid. Me and my brother saw him before the game and he came over, lifted both of us onto the rail and told my mom exactly where to stand for the best picture. And he stuck around to talk to us too.

Johan Santana
Not only is the two-time Cy Young winner a good guy, but he shops at Ikea like the rest of us.

I met Johan Santana at the Ikea in Bloomington the day after he pitched against the Yankees in the 04 playoffs eliminating game. I was ten and I was with my mom, who went up to him and his wife and asked if I could talk to him. He said of course and so I spoke to him for like five minutes about baseball and the team that I was playing on at the time. I wasn’t expecting to see an MLB player at IKEA so the only thing I had to get autographed was our IKEA shopping list which he signed in pencil lol. Great guy. minneapolisboy

The redditors also dished on those they had unpleasant experiences with, and it should be no surprise Alex Rodriguez, AJ Pierzynski and Josh Beckett got a thumbs down for their churlish behavior.

There was also a great anecdote about the famously disagreeable Kirk Gibson trying to fight an entire hockey team of naked 14-year old boys because one of them had slammed a locker room door into him by mistake, and another about Wade Boggs being drunk and flubbing a speech. Because you can’t really have any discussion of the personality of baseball players without somebody confirming the legendary drunkenness of Wade Boggs.

2 thoughts on “Who Are The Nicest Players In Baseball?”