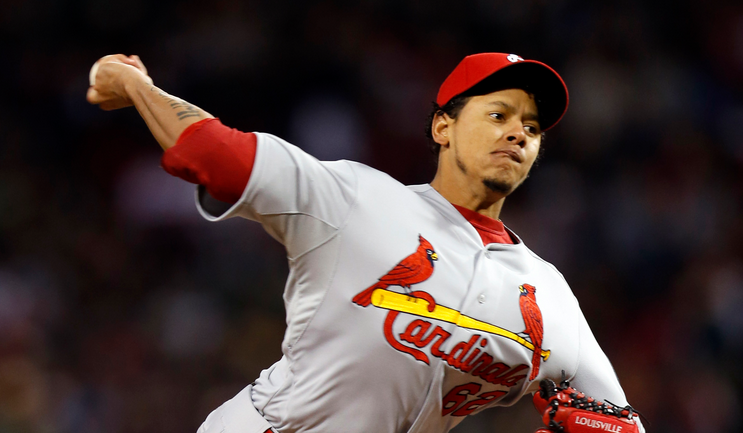 After a slow start, the defending National League champion St. Louis Cardinals have been playing better baseball and would find themselves in the wild card play-in game if the season ended today. The Redbirds league-best pitching has been key for their turnaround, however the team just got hit with two pitching injuries that also have a lot of relevance to the world of fake baseball.

After Sunday’s game St. Louis GM John Mozeliak announced that pitcher Michael Wacha was being placed on the the disabled list with a stress reaction in the scapula of his right shoulder. Wacha, the 27th best pitcher in 5-by-5 fantasy baseball this year, had already been scheduled to miss his start Sunday, so a trip to the DL suggests the 22-year old will be out for at least a few weeks.

“Based on what the doctors are telling me, they believe it’s in his best interest to shut down for a little while and let this quiet,” Mozeliak explained. “He’s just too young and too valuable.”

The Cardinals also placed Jaime Garcia on the DL. During his start Friday the left-hander re-aggravated the shoulder injury that had kept him out the first month-and-a-half of 2014.  Garcia’s bullpen session on Sunday “didn’t go well,” according to Mozeliak.

There is no timetable for his return and if you are among the 22 percent of Yahoo! league players who own Garcia you may as well cut bait on a pitcher who hasn’t really been healthy since 2011.

(There was some good news in St. Louis this weekend. Ace Adam Wainwright was back to  his dominant self Saturday after missing a start.)

If you need to replace Wacha or Garcia on your roster, the man whom the Cardinals ran out on Sunday instead of Wacha might be worth a look. Carlos Martinez was decent in his second start of the year, getting the win with 5 Ks, 3 runs and only four base runners allowed in five innings.

Martinez, 22, has been a top prospect for the last couple years and has good numbers in the minors. He is certainly worth monitoring, especially considering the the magical affect putting on the Cardinals uniform seems to have on pitchers.

Other options to replace St. Louis’s fallen duo should include Angels righty Matt Shoemaker, who followed up his ten K performance earlier in the week with another very nice win against the Rangers last night. Shoemaker is still un-owned in 90 percent of Yahoo! Leagues.

Rays righty Jake Odorizzi (88 percent available) is another interesting add. He struck out ten and allowed no runs and just three base runners in his last start. His ERA of 4.29 is on the high side.  However he sports a FIP of 3.15, suggesting better day are ahead.  If he just splits the difference between his ERA and FIP and maintains his 10.5 Ks per nine innings he would be a very useful fantasy pitcher. 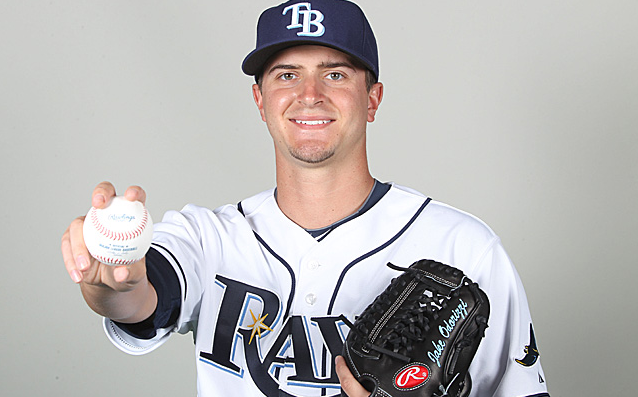 Closer carousel
Both the Angles and the Rays have threatened to go with the dreaded closer-by-committee. Joe Madden seems a better bet to actually go through with it, and since the Rays don’t win games anyway we’d stay away from their entire ninth inning committee of Grant Belfour, Jake McGee and Joel Peralta. In Anaheim, we still think Ernesto Fierri is a good bet to keep getting saves. Joe Smith’s stuff plays better in the eighth, and closer scion Cam Bedrosian’s fist shot at a ninth inning save resulted in a pretty ugly loss on Thursday. (Which Fierri did play a hand in when he was called in to clean up Bedrosian’s mess and gave up a homer.)

For a while, it looked like Neil Ramirez was going to replace Hector Rondon in Chicago. But Rondon, who was having some arm issues, pitched a clean ninth to pick up a save on Friday. Ramirez’s stats are pretty great.  But so, actually, are Rondon’s. Expect Rondon to keep the job if healthy and consider Ramirez borderline own-able as a set up guy.

Mark Melancon has replaced Jason Grilli in Pittsburgh. On the off-chance Melancon is still available he’s a must add. 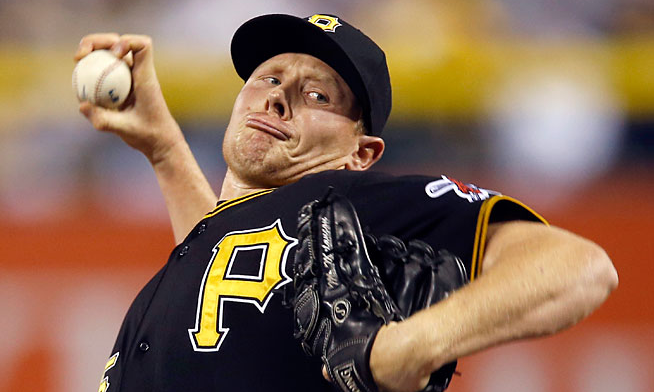