Ten Players Who Might Be Traded After The Deadline 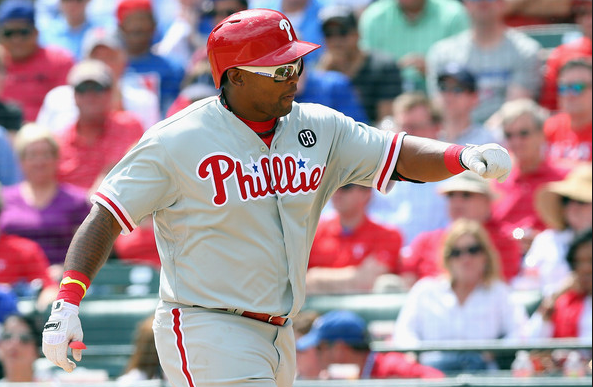 The non-waiver trade deadline has come and gone. However, teams still have to midnight of August 31 to acquire a player and still have him be eligible for their playoff roster.

The difference now is that a player would have to pass through the waivers before being traded.

Here’s how it works: Iif a player placed on waivers is claimed the waiving team can either arrange a trade with the claiming team, give the player and all of his contractual agreements to the claiming team, or pull the player off waivers and keep him. If a player passes through waivers without being claimed, the team is free to trade him to any team in either league.

Here are ten players who have a good chance of being traded in front of the August 31 postseason deadline.

Bartolo Colon
The 41-year old has been good enough over the last three seasons that he should be of interest to contenders. He’s also slated to make $11 million next year, when he’s 42, suggesting he should be able to make it through the waiver wire. The Orioles would be a likely destination.

Matt Kemp
The Dodgers now say Kemp isn’t available. However, they will surely run him through the waivers and if a team puts a claim on him it’s almost a given that they would just dump Kemp and the remaining five years and $107 million on his contract on them. More likely he makes it through the waivers, and the Dodgers deal Kemp elsewhere with salary relief included.

Jonathan Papelbon
Another guy who’s unwieldy contract makes him a lock to get through waivers. Pap is, however, having his best season in years. Right now there isn’t a contender with clear closer needs. But if that changes over the next month Papelbon is a prime candidate for a new address.

Aaron Hill
Both the Dodgers and Giants could use an upgrade at second base and Hill could be the answer, even though he’s having a rough season. He’ll be making $12 million a year in ’15 and ’16, which will get him through the waiver wire, but might also require the D-backs to include salary in any deal.

Marlon Byrd
Since he’s suddenly become one of the best power hitters in baseball and he makes $8 million a year Byrd is very unlikely to make it through the waivers. However he’s 36, and the Phillies need to get younger so they should certainly try to deal him if he gets claimed. Toronto, who needs outfielders, should pull the trigger if he hasn’t been snatched up before.

A.J. Burnett
The third and last Phillie on the list (Yes, Ryan Howard could be had after the deadline.  But nobody in their right mind is trading for him now.) Burnett’s complicated options for 2015 makes it likely he gets through the waivers. He’s been inconsistent this year, but if he strings a few good starts together he will be targeted. Maybe a return to Pittsburgh?

Justin Morneau
We’re not entirely sure that Morneau could make it through the waviers; he finally seems to be over the concussions that almost derailed his career and he only makes $6.75 in ’15 with a mutual options for $9 million in ’16. But if he were to be claimed, we think the Rockies would try to work out deal.

Ben Zobrist
The versatile Zobrist is back to just being underrated– for a period of time he was mentioned so much as a player who gets overlooked he was no longer really overlooked. He’ll get claimed, thanks to low salary this year and a $7 million team option in ’15. The question becomes, do the Rays deal him. We say yes, if the return is right. Giants and Dodgers would both be very interested.

Daniel Murphy
We’re not quite sure his offense is good enough to offset his poor defense at second — which is why the Mets could be willing to part with Murphy, who is third year arbitration eligible in 2015. But he also hits well enough to see time at first base and DH, and the Blue Jays or Royals would seem like good destinations for the 29-year old.

Josh Willingham
He’s one of the better power hitters around when he’s healthy. However, he doesn’t seem to be in the Twins future, so the ’15 free agent will likely be moved if he is claimed. And he should be claimed. Good fit for the Yankees if they remain in contention.

Others who could get dealt: Alex Rios, Curtis Granderson, Adam Dunn. 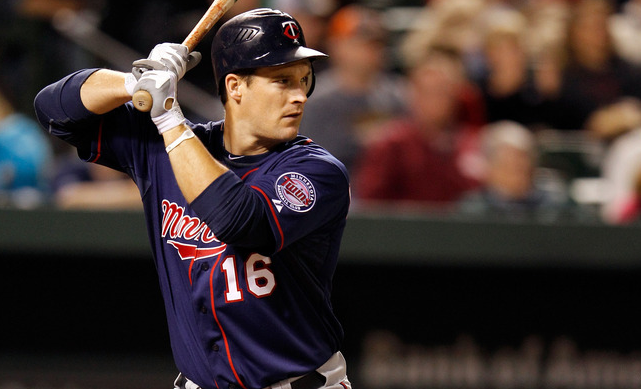