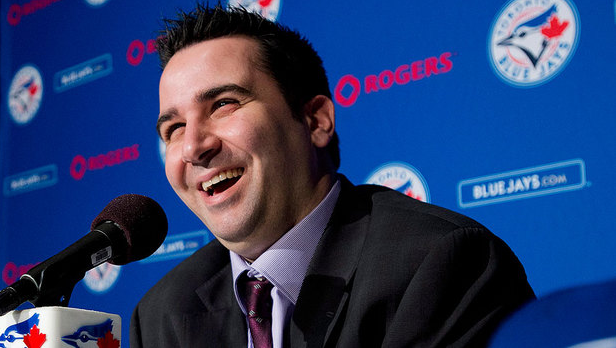 Last night we broke down baseball’s trade deadline winners and losers. We didn’t mention Toronto as winners or losers, but perhaps that was an oversight, as a couple of the team’s own players have given GM Alex Anthopoulos the big thumbs down for not making any moves yesterday.

Closer Casey Janssen was somewhat subtle with his dig at the front office in an interview with MLB.com.

For us not to do anything, most of us had some ideas that we were going to improve this club a little bit. It’s unfortunate we didn’t. At the same time, we just have to do what we have to do to win games and try to find ways to get into the playoffs. Yes, it was frustrating but we have to play tonight.

Slugger Jose Bautista was somewhat less subtle while talking to MLB.com, and dropped the D-word. Twice.

Of course it’s a little disappointing that we somehow weren’t able to get anything done, but everybody around us that’s in contention somehow–and even some teams that aren’t in contention, like the Red Sox–somehow figured it out. But there’s still time to get stuff done. We still have a pretty good team put together and we’re hoping to get the guys that are hurt back and that’ll be a good injection of talent for us down the road. … But it’s a little bit of disappointment.

Anthopoulos and the Blue Jays are no strangers to big deals. Before the 2013 season they pulled off one the biggest blockbusters of the last decade, acquiring Mark Buehrle, Jose Reyes, Josh Johnson and Emilio Bonifacio from the Marlins. Then, later that offseason, thye recieved reigning NL CY Young R.A. Dickey in a deal with the Mets, which sent over catching prospect Travis d’Arnaud, among others..

While those trades famously didn’t pay off in 2013, Beuhrle, Reyes and Dickey were big parts of the Blue Jays hot start in 2013. However, the Blue Jays have been four games under .500 since June 6, when they sat 38-24 and were six games in the lead in the American League East.

Thanks their current six game winning streak, they have fought their way back to just 1.5 games behind the division leading Orioles and control the second wild card spot. The Jays had been linked to Jon Lester, Alex Rios, Asdrubal Cabrera, David Price and Bartolo Colon heading up to the deadline but, as Bautista and Jansen lamented, none of them are coming to Canada.

There is still the waiver trade deadline of August 31 to make a deal and be able to use the acquired player in the postseason. Now it’s up to Janssen, Bautista and other Blue Jays to get over their disappointment, and keep their team in playoff contention until then. 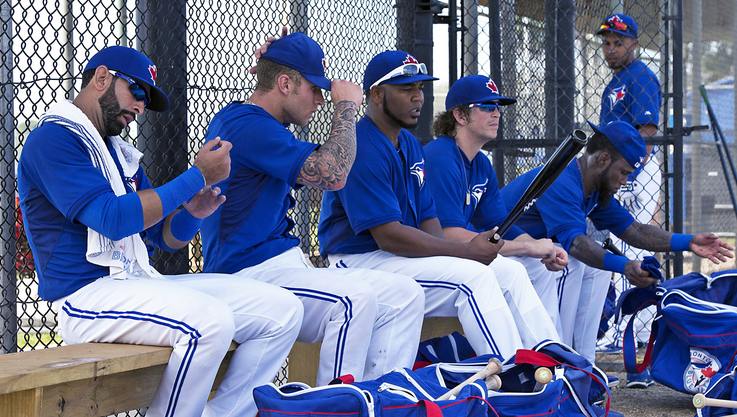