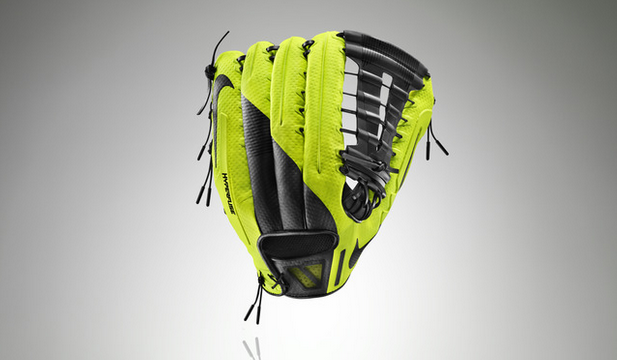 Nike’s Vapor 360 Fielding Glove may be the first glove that requires absolutely no break-in time. Using Hyperfuse and flexible Flywire technology, which the sporting goods giant developed for their athletic sneakers in their on-campus Innovation Kitchen, the glove also weighs 20 percent less than its all-leather competitors.

The Vapor 360 is still cowhide where it counts — in the palm. (Although one could argue if you’re good a baseball you catch the ball in the webbing, not the palm.) But the rest of the glove is mostly synthetic with minimal elements of leather, allowing it to be ready for action right off of the shelf.   And even the natural material in the palm has been tweaked in the binding so that section of the glove also doesn’t require break-in time

“We’ve taken a traditional leather for the palm and perforated it to remove some of the structure so it forms more quickly,” Nike Baseball Senior Designer Matthew Hudson explained. “Therefore, the glove is ready to use straight out of the box.”

Others features of the glove include inserts inside the thumb and pinky, which create a custom feel, and a soft PORON foam in the wrist that enhances comfort and breathability. The glove was developed with the help of Colorado Rockies  outfielder Carlos Gonzalez. 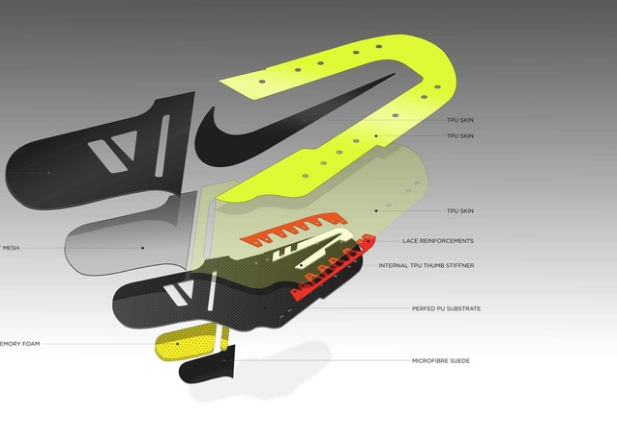 “My first impression was ‘Wow, this is different,’” Gonzalez said. “Once I put it on and played catch in camp, everything clicked. This is what I was looking for. I wear this glove and I feel like I can catch any ball.”

The glove made its debut during the 2014 All-Star weekend in Minneapolis. However, we don’t think the glove is really geared toward the pros. While Nike does have a few MLB stars, including, Gonzalez, it badly trails Rawlings and Wilson in overall MLB representation.

Also, Gonzalez comments aside, we’re not sure there is a huge demand for lighter gloves at the professional level. We also think the pros are quite comfortable with breaking their gloves in. (Or getting someone else to do it for them.)

In fact, we think it would be a shame if new technology denies baseball players of any stripe the ritual of breaking in a glove.

According to Nike’s promotional material, the Nike Vapor 360 “answers outfielders’ call for a fresh-out-of-the-box, lightweight and responsive fielding glove.”

Again, we’re not sure outfielders are making that call, but, as you can see from the photos, some people will think the glove looks cool. And there is no doubt it looks like the product of serious sports science.

The glove is expected to retail at around $150. So it’s not for beginners or casual players.

It should be available by the holiday season.

Is the Vapor 360 something you would like to see under your tree? Or, by making a glove that is lighter and requires no break in time, has Nike simply solved a couple problems that most baseball players didn’t think we’re problems in the first place.

Let us now what you think. We’ll also be monitoring the success of the Vapor 360 to determinate if Nike is in fact on to something. 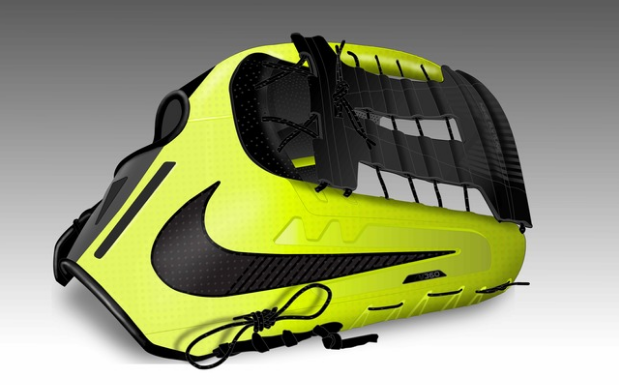