“Hunter Pence puts ketchup on his hot dog” and “Hunter Pence eats pizza with a fork” were two culinary-themed digs that came from the right field bleachers of Citi Field. 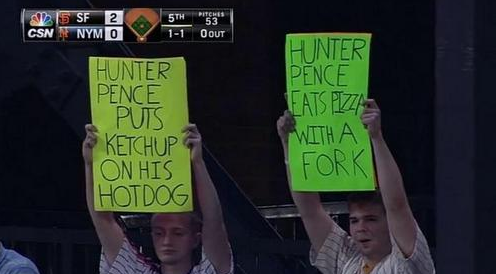 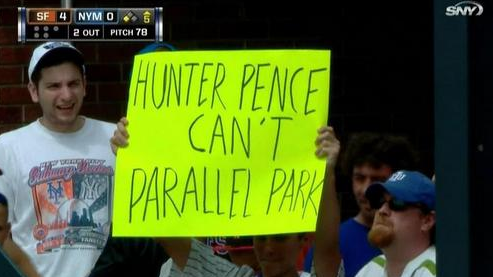 “Hunter Pence likes the Godfather 3″ was the final insult. (For the record, “Godfather 3 doesn’t measure up to he first two, but it’s not that bad. It actually scores a decent 7.6 on IMDb) 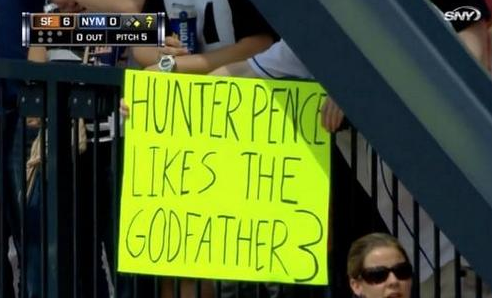 As crafty as the digs against Pence were, his response was even better. He kicked off the game’s scoring with a two-run homer in the third against Bartolo Colon. Then he capped off the Giants 9-0 win with a solo home run in the ninth off of Dana Eveland.

Given the final score, it’s safe to say that nothing the Mets did on Sunday was close to as good as their fans’ creative attacks on Pence.

Pence’s good play in 2014 have made him a dark-horse MVP candidate. But there has always been something goofy and mockable about his game; he moves around awkwardly, like he learned baseball from a book rather than from watching other ball players play.

Now if we could only express that more succinctly, maybe we could be among the clever serenaders the next time Pence comes to Queens. (Speaking of clever, the comment section at Deadspin did a really good job coming up with the alternative Hunter Pence signs.)