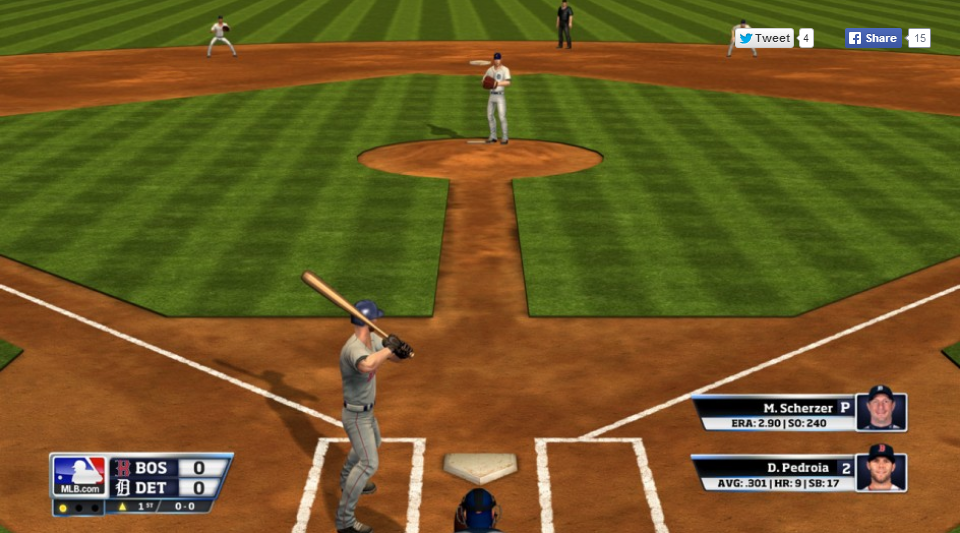 If you grow up in the eighties or early nineties you probably played R.B.I Baseball. A lot of RBI Baseball. In fact, despite its relatively primitive game play, we ranked it the fifth best baseball video game of all-time.

Well, after an almost 20 year hiatus, R.B.I Baseball is back and is now available for purchase on IOS devices — It cost just 4.99 at the Apple App store — and Playstation 3. Those who use xBox One, Playstation 4 and Android devices will have to wait until later this spring.

MLB Advanced Media, which resurrected the classic game, gave it to some non-pixalated big leaguers to test out:

“The game is fun,” Orioles center fielder Adam Jones opined. “It brings back the old ’90s feeling of the game and it’s like playing Super Nintendo all over again. I miss those days.”

“I think fans will like just how easy the game is,” Cardinals pitcher Michael Wacha explained. “It’s not real complicated like other games. And it’s pretty exciting, for sure.”

Simplicity has long been R.B.I Baseball’s calling card, and although the 2014 version updates the graphics, it still has the same two-button control that retro gamers lover so much. To play, all you have to do is manipulate the directional pad and the button and the combinations for swings, throws, extra bases etc. are exactly the same as they were in the original game.

Like the original, R.B.I Baseball 14 is designed to be fast — you should be able to play nine innings in under 20 minutes.

“Every decision we made was about trying to keep it to 20 minutes,” explained Jamie Leece, VP, Games for MLB.com. “It was all about keeping the pace up. So even like stuff like putting your pitcher up in the bullpen, we know that’s accurate… but is it necessary? Anything like that, even if we could put it in, we didn’t. It needs to be clean and fast.”

In the 1987 version there were just eight teams — the division winners from 1986 and 1987. And since the game wasn’t licensed by Major League Baseball, the teams were just named for the city the played in. (For example it was “Boston,” not the “Boston Red Sox.”)

Since MLB is actually releasing the game this time around they don’t have this problem. All 30 teams are represented and there are 480 players whose “characteristics based on hundreds of millions of data points from the extensive MLB.com statistical database.”

That’s 16 players a team.  Eight starters, four reserves and four pitchers. Not enough for the real big leagues but plenty for the video game world.

R.B.I Baseball 14 has smartly kept most of the features that made the classic game such a hit. For one, the game features the same three body types: Fat, medium and skinny. You can probably guess which one Pablo Sandoval gets.

Clayton Kershaw vs. Mike Trout? Felix Hernandez vs. Ryan Braun? It could very well be the drop ball which determines who will win these R.B.I Baseball matchups.

The game doesn’t keep statistics, which could turn off some modern gamers. There, will however, by by online multiplayer functionality later in the year. Check out a first look at the game below.