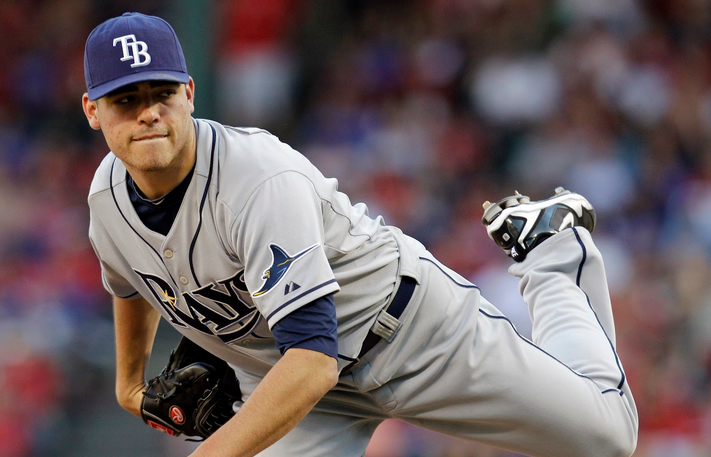 A visit to renowned surgeon James Andrews yesterday hinted at something being seriously amiss with Moore’s left arm.

“Anytime a pitcher goes on the DL and is going to see Dr. Andrews, you have reason to be concerned,” executive vice president Andrew Friedman said. “So we’re concerned until we’re told not to be concerned.”

Now we have confirmation that such concern was warranted. Moore, who was placed on the 15 day disabled list after his start Monday against the Royals, could try to rehab the injury, which would mean he would be out for at least a month.

But it is much more likely that the Rays and his doctors will decide to go with Tommy John surgery, which should keep him out of action until the All-Star break of 2015.

“I don’t think necessarily the surgery part concerns me or the rehab part, it’s the preparation that went into this season for the guys in the locker room and everyone that goes into this particular organization, a lot of high hopes, a lot of expectations and things that we prepared for this season that I very much want to be a part of, and I have not ruled out any part of that,” Moore said. 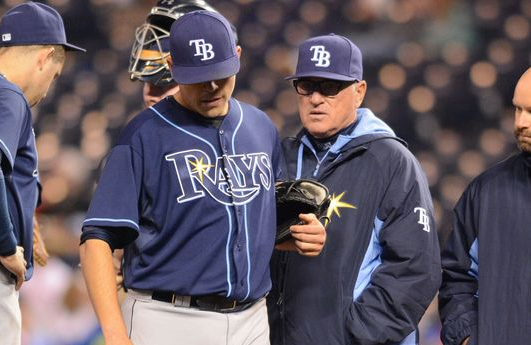 Last year Moore, 24, was 17-4 with a 3.29 ERA and finished ninth in the Cy Young voting. He is considered one of the best young pitchers in the game and in 2012 he singed a 5 year 14 million dollar contract with the Rays that also includes three option years.

The Rays are already down a pitcher with Jeremy Hellickson‘s elbow injury. Hellickson has been throwing and may be able to return to the team before the all-star break.

The Rays rotation still features perennial Cy Young candidate (and free agent to be) David Price, Alex Cobb, who was 11-3 with a 2.76 ERA in 2013, Chris Archer, who just signed a six year deal with the team, and prized rookie Jake Odorizzi.

The Rays are expected to call up veteran Erik Bedard to fill Moore’s spot.

The Rays were a popular preseason World series pick but this is clearly a hit for their chances in 2014.

On the bright side Moore is still young and, increasingly, pitchers are coming back from Tommy John Surgery even better than before.

What do you think? Does Moore’s UCL injury doom Tampa Bay this year?