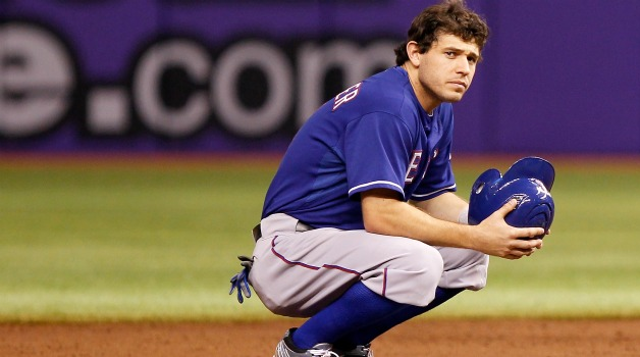 Breaking up is hard to do.

Ian Kinsler was a vital cog for the Texas Rangers for eight years. The second baseman made three All-Star games with the team and helped led them to back-to-back World Series appearances in 2010 and 2011.

But the Rangers dealt Kinsler to the Detroit Tigers this off-season for slugger Prince Fielder. And the way the deal went down has left a bad taste in the 31-year-old’s mouth.

“I hope they go 0-162,” Kinsler ranted to ESPN The Magazine’s Robert Sanchez. “I got friends, and I love my friends, but I hope they lose their ass.”

The source of Kinsler’s ire is Texas Rangers General Manager and President of Baseball Operations Jon Daniels, whom he referred to as a “sleazebag” in the interview. He also blamed Daniels and his “ego” for pushing out team CEO Nolan Ryan, who left the team in late 2013 amid reports that he and Daniels weren’t getting along.

“He got in good with the owners and straight pushed Ryan out,” Kinsler said of Daniels. “He thought all the things he should get credit for, Ryan got credit for. It’s just ego. Once we went to the World Series, everybody’s ego got huge, except for Nolan’s.” 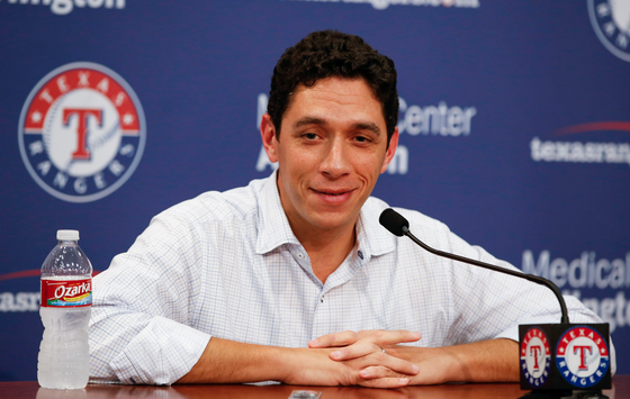 Kinsler, who will now be house hunting in Detroit, added that he didn’t appreciate the way the Rangers handled the departure of franchise legend Michael Young after the 2012 season, feeling it thrust him into a leadership role he wasn’t ready for.

“I was bogged down,” Kinsler explained to ESPN. “They wanted me to lead these young players, teach them the way to compete, when the only thing I should be worried about is how I’m performing in the game.”

Kinsler was also irked that management wanted him to move to first base during the 2013 season to make room for super prospect Jurickson Profar. Ultimately, Kinsler was allowed to remain at second base and Profar assumed an utility role.

But what really seemed to set Kinsler off was the way he learned about his trade to Detroit, from a local radio personality. Daniels agreed that he could have handled that better. He explained he was on a plane when he learned the deal had gone through and was only able to leave Kinsler a belated voice mail message.

“I want to be the one who tells Ian,” Daniels told ESPN. “But literally, the story breaks while I’m on a plane to Tucson. I feel bad that’s how he found out.”

Daniels added that he didn’t have a problem with Kinsler’s 0-162 remark, chalking it up to Kinsler’s competitive drive.

“I don’t think he’s going to get what he wants,” was Texas Ranger pitcher Tanner Scheppers response to Kinsler’s prediction. “I have all the respect in the world for Ian. He’s taught me a lot, but he’s now with the Detroit Tigers. I wish him luck and I wish luck for everybody.”

While we’re sure getting traded stings, Kinsler doesn’t come off looking so good here. For starters, a veteran wanting off of a leadership role raises a pretty big red flag. Then there is the 0-162 thing. That’s simply not going to happen. Especially since the Rangers play in the same division as the historically hapless Houston Astros.

Kinsler returns to Texas with the Tigers June 24-26. That should be fun. Let us know what you think of Kinsler comments below.